The Guns of Empire (The Shadow Campaigns Book 4) and over 1.5 million other books are available for Amazon Kindle . Learn more 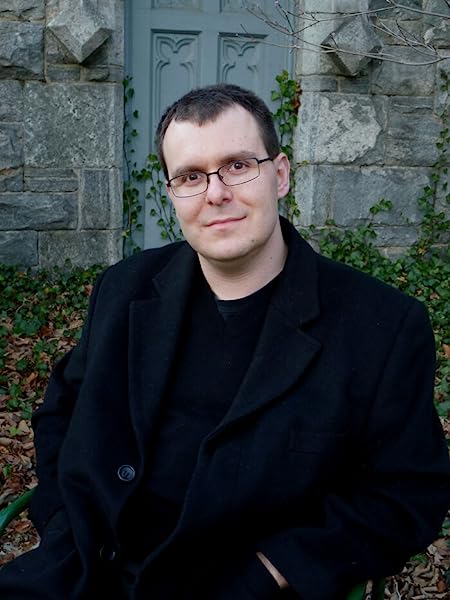 Page 1 of 1 Start overPage 1 of 1
Previous page
Next page
Start reading The Guns of Empire (The Shadow Campaigns Book 4) on your Kindle in under a minute.

'Wexler knows his stuff and makes it interesting for you to read... One of the things that sets The Shadow Campaigns apart from most of the other fantasy series currently out there [is] the military influence and how well it is incorporated into the world that Wexler has created' ― The Tattooed Book Geek

'At last, a good book. A really good book, with a decent, understandable map' ― Concatenation

Django Wexler graduated from Carnegie Mellon University in Pittsburgh with degrees in creative writing and computer science, and worked for the university in artificial intelligence research. He tweets about books, cats and history at @DjangoWexler.

LeonGov1969
5.0 out of 5 stars Maintains the quality
Reviewed in Australia on 14 January 2019
Verified Purchase
I’ve read the others in this series and have been impressed by the consistency of the quality of the writing. Plotting is good with sufficient twists, characters have depth and the action scenes are first rate. Wexler has constructed an excellent fantasy world with depth and believability.

I’d start at the beginning though, read the novellas too. This is very well done fantasy and is thoroughly enjoyable.
Read more
Helpful
Report abuse

User_061
5.0 out of 5 stars I love this series as it has a sense of gritty ...
Reviewed in the United Kingdom on 15 August 2016
Verified Purchase
Arrrrrrrgggghhh! That was the sound of my frustration on reaching the end of the book. Please write the next installment soon as I really want to know what happens next.

I love this series as it has a sense of gritty realism combined with a story full of all the elements we like to see in a really good fantasy novel. The demonology 'lore' is handled imaginatively, the story twists and turns in unanticipated ways, new mysteries are introduced and the characters grow and develop as they meet and surmount the challenges in their way.

In summary, this is a series that just keeps getting better as it goes along. Highly recommended.
Read more
One person found this helpful
Report abuse

Selina
5.0 out of 5 stars Fantasy at its best
Reviewed in the United Kingdom on 12 February 2019
Verified Purchase
Fantasy should send both impossible and real, and Wexler achieves both in this fourth book of the Shadow Campaigns. Gritty details of battle vies with magical subterfuge. I recommend this series to anyone who takes fantasy seriously. It deserves wide attention.
Read more
Report abuse

Designstacker
3.0 out of 5 stars Not as good as the others
Reviewed in the United Kingdom on 5 January 2018
Verified Purchase
Much of the later part of the book is just padding (white warriors etc) I just hope the next is much better
Read more
Report abuse

Kindle Customer
4.0 out of 5 stars Solid book, but I'm worried where this is going...
Reviewed in Canada on 23 November 2018
Verified Purchase
The war between the revolutionary Vordan and it's enemies continues as the brilliant First Consul Janus bet Vhalnich leads the greatest army of the age into the northern wastes to assault the holy city of Elysium- and the secretive Priests of the Black it hides.

Aided by Winter Ihernglass, Marcus D'ivoire and a number of other commanders, Janus continues his secret war against the priests and their demonic servants, the Penitent Damned. But a far more serous threat looms, as the priests cross successive lines in order to stop the victorious army.

The book starts out being a very solid fantasy military fiction, with a decently "epic" scope, as Wexler conducts the marches of various armies across the map, while offering good peeks in the trenches, and weaving in character development, while introducing new characters and expanding the world-building.

The story builds up until a point about four-fifths in, where the "Magic" part of "Muskets & Magic" completely hijacks the plot. A really, really major thing happens, and it threatens to devolve the series" plot from a complex and messy political intrigue where all sides have relatable motivations into a heroes vs a big bad evil conflict, which would be a shame that could undermine the story.

While all the good things about the series are still here- the good pacing, the interesting, if somewhat formulaic characters, the well-written battles and covert action- the turns the plot takes in the end leave me wary of the series' outcome. I've had similar worries about the ending of the "Shadows of the Apt" and several other series where the authors pulled out a pretty generic world-leading threat out of nowhere towards the end of the series, and it doesn't often work out without the diminishing the impact of the series as a whole.

I'm very cautious about how Wexler handles this, as it'd be a real shame to have a generally interesting series devolve into something generic.
Read more
Report abuse
See all reviews
Back to top
Get to Know Us
Make Money with Us
Let Us Help You
And don't forget:
© 1996-2021, Amazon.com, Inc. or its affiliates