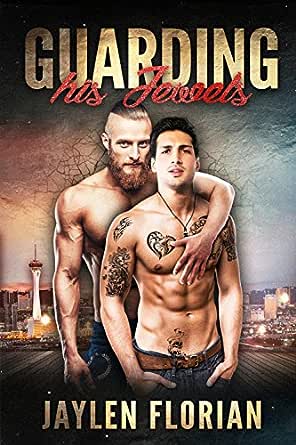 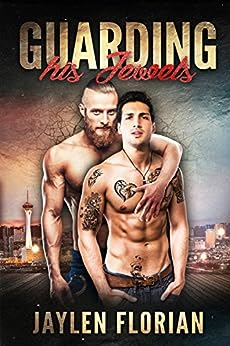 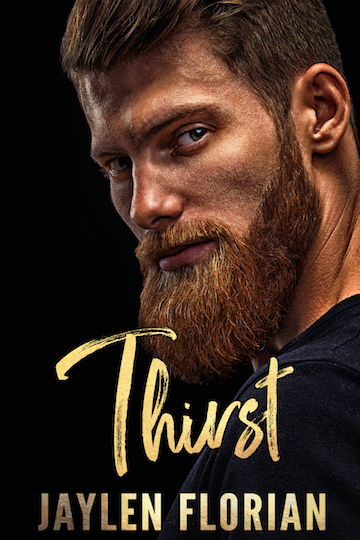 Ryan, a young security guard, is fresh out of a job and suddenly alone after being abandoned by the lover who enticed him to move to San Francisco. Feeling completely lost and dreading financial doom, Ryan has little hope of finding employment in time to afford his rent and remain in the expensive city.

But while sunbathing at a nude beach near the Golden Gate Bridge, Ryan encounters a mysterious stranger who lures him into an underground world of dangerous intrigue and passion.

Just days before a world championship grudge match, a celebrated MMA fighter embroils Ryan in a risky scheme targeted at his ruthless opponent. The quest integrates Ryan’s budding sexual prowess and immerses him in constant surprises and intimate temptations.

Ryan struggles with his role as he strives to keep a hero safe, explore his desires, heed his conscience, and determine the real truth of the peril triggered by the enemies.

“Guarding His Jewels” is a thrilling novel set in riveting locales in California, Arizona, and Nevada. It features gay, bisexual, and straight characters and is intended only for mature readers.
click to open popover

Roger Grossklaus
3.0 out of 5 stars Fragmented knockdown
15 February 2018 - Published on Amazon.com
Verified Purchase
Just couldn't grasp the plausibility of the premise for this story. Something critical was missing. Machismo is expressed in many ways, but in this story it didn't show itself.
Read more
3 people found this helpful

Patti
5.0 out of 5 stars Great Story
20 July 2019 - Published on Amazon.com
This was a great story to read. It keeps you on your toes. This is real page turner. Once you get started you just have to see what happens next. Who will turn up next, what is around the next corner. Why are so many after each other, how to figure out who is worth it.at What will the out come be. Who will win the title? Will it be the current champion or will it flip back to the old one?

Sunnyles
4.0 out of 5 stars This will keep you guessing til the very end.
20 July 2019 - Published on Amazon.com
This is my first book by this author and it was different. From the beginning I wasn't sure what Ryan was letting himself in for. One thing about the boy is even though he's told "no questions", he asks a lot of questions. I never was sure if the Bastians were the good guys or the bad guys until the end. The suspense was intense and the lengths Ryan was willing to go to for the job was interesting. I liked all of the different points of view from the fighters and was kept wondering which one was true. I liked McLean from the first day they met. I have a few more books from this author now that I am anxious to start. I requested an advanced reader copy from Booksprout and am under no obligation to leave this review.
Read more

Alexandra V
4.0 out of 5 stars His Jewels
16 July 2019 - Published on Amazon.com
At first I wasn't sure about this story. I got the premise, however it seemed a bit convoluted at first. Eventually I got it but it wasn't the easy read I'm used to. I honestly didn't like the positions that Ryan was forced into, despite his want of exploring his sexuality. I can't say this was a bad or good story. I'm still unsure of whether or not I actually liked it. It's one of those story that needs to sit and simmer to decide whether it's good or not. I will say that I did like Ryan's inherent goodness, not sure about the rest of the characters though.

Solveig
3.0 out of 5 stars A bit to much intriuge at times
16 July 2019 - Published on Amazon.com
Have mixed fellings about the book. I find the story intriguing, for me it seems to be some kind of «criminal/mafia» story. Ryan is to sweet and trusting, and beeing used as bait. Ryan and Maclean is good for each other.
Read more
Go to Amazon.com to see all 5 reviews 3.9 out of 5 stars
Get FREE delivery with Amazon Prime
Prime members enjoy FREE Delivery and exclusive access to movies, TV shows, music, Kindle e-books, Twitch Prime, and more.
> Get Started
Back to top
Get to Know Us
Make Money with Us
Let Us Help You
And don't forget:
© 1996-2020, Amazon.com, Inc. or its affiliates