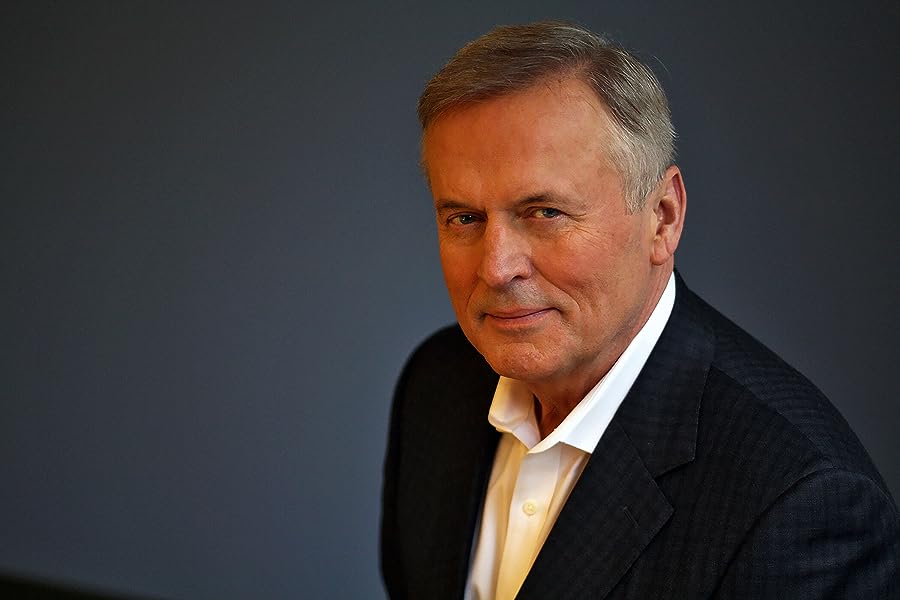 by John Grisham (Author)
4.5 out of 5 stars 24,922 ratings
See all formats and editions
Sorry, there was a problem loading this page. Try again.

"Terrific...affecting...Grisham has done it again. Such creative longevity is not that unusual in the suspense genre, but what is rare is Grisham's feat of keeping up the pace of producing, on average, a novel a year without a notable diminishment of ingenuity or literary quality."--Maureen Corrigan, The Washington Post

"Grisham again delivers a suspenseful thriller mixed with powerful themes such as false incarceration, the death penalty and how the legal system shows prejudice. The Guardian team of characters is first-rate."- Associated Press "With his début, 1989's A Time to Kill, Grisham established himself as a skilled storyteller, a writer who can nimbly portray complex characters who overcome their fears and flaws to pursue justice. Thirty years later, his authorial prowess glows again in this riveting tale."--Fredericksburg Free Lance Star "[Grisham] has created a powerful no-nonsense protagonist that you cannot help rooting for in a story stocked with tension and flavor that will have you flipping the pages to a very satisfying ending."--Florida Times-Union

"Grisham's colorful prose is riveting, and the issue is a timely one that can be too easily overlooked...His fictional legal happenings convey a loud and clear ring of veracity."-Pittsburgh Post-Gazette

"The Guardians, the newest legal thriller from John Grisham, a true wizard of the form, is certainly not going to disappoint. Fans of the author are going to find it wholly satisfying."-Anniston Star

JOHN GRISHAM is the author of thirty-three novels, one work of nonfiction, a collection of stories, and six novels for young readers.
Start reading The Guardians: The Sunday Times Bestseller on your Kindle in under a minute.

4.5 out of 5 stars
4.5 out of 5
24,922 global ratings
How are ratings calculated?
To calculate the overall star rating and percentage breakdown by star, we don’t use a simple average. Instead, our system considers things like how recent a review is and if the reviewer bought the item on Amazon. It also analyses reviews to verify trustworthiness.

Gary Hart
TOP 500 REVIEWER
4.0 out of 5 stars Legally good!
Reviewed in Australia on 20 February 2020
Verified Purchase
It took me a little while to get into this book, with the change in writing style flicking from first person to third person present tense.

However, as the story developed I became more engaged.

Given that this book is based on a real firm seeking the release of wrongly charged prisoners, and the extremely long term served by one prisoner who just cannot win his release makes it more significant. The lies and processes to set people up for false imprisonment, and the power individuals and cartels hold is just so wrong.

Thanks for this story, and all it represents.

Maz from Melbourne
1.0 out of 5 stars So disappointing
Reviewed in Australia on 16 October 2019
Verified Purchase
Loved all your books and pleased to read in your after notes that 63 folk have been released. Truly magnificent work. If this has been written over 4 pages at the start as a prelude to your usual work i would have been delighted. As it is i stopped after about 50 pages and read the last two. Disappointing!
Read more
3 people found this helpful
Helpful
Report abuse

MillaB
5.0 out of 5 stars Grisham has returned with a bang!!
Reviewed in Australia on 4 March 2020
Verified Purchase
In my opinion, John Grisham had lost the plot a little with some of his recent books, with none if them measuring up to his early works … rest assured- John Grisham has returned to his best with The Guardians … one word - excellent!! Enjoy.
Read more
One person found this helpful
Helpful
Report abuse

Janyth Drake
5.0 out of 5 stars Fascinating
Reviewed in Australia on 19 November 2019
Verified Purchase
Having worked in the legal industry for 50 years, although not in criminal cases, I found this masterly yarn very absorbing. Hard to put down, must keep reading to the end feeling. But then it’s also sadly true of many wrongly convicted black people.
Read more
Helpful
Report abuse

D. Kassel
5.0 out of 5 stars Brilliant
Reviewed in Australia on 27 June 2020
Verified Purchase
I couldn’t put it down once I started
It’s John Grisham at his best
I’ve read all his books and this one rates as one of the best
Read more
One person found this helpful
Helpful
Report abuse

Bernie Australia
2.0 out of 5 stars Not sure
Reviewed in Australia on 24 November 2019
Verified Purchase
John Grisham writing about the worst legal system in the world and America's shocking inequity and inequality and somehow we are meant to see this as a feelgood story? Good clean writing by Grisham but not sure.
Read more
Helpful
Report abuse

Minky
3.0 out of 5 stars Another good read from John Grisham
Reviewed in Australia on 13 April 2021
Verified Purchase
I enjoyed this book but not as much as others I have read of his. The back and forth stories were different to what you get from John in the past. The story was still interesting though.
Read more
Helpful
Report abuse

monxton13
4.0 out of 5 stars Restitution Of Freedom
Reviewed in the United Kingdom on 17 October 2019
Verified Purchase
It's not often I spend £10.99 on a Kindle book but I always do to buy the latest Grisham. Yes he turns one out every year and frankly the quality of that offering has been variable of late. He is back to full on legal process and as usual he is well researched and credible. However I found the novel, although very readable to be somewhat tedious in it's early pages content and repetitive as he jumps from one innocent prisoner's situation to another. However on balance if you like legal novels then this is certainly worth a read and no doubt will be available at a lower price point after launch. By about 45% read it does start to gain that unique Grisham momentum!
Read more
34 people found this helpful
Report abuse

maj
5.0 out of 5 stars Back to the Grisham we know and love
Reviewed in the United States on 17 October 2019
Verified Purchase
After his last two books, which were - quite frankly - abysmal, to say the least, Grisham to returns to what he knows best: the legal thriller.

The characters, plot and writing are reminiscent of his earlier books and it was a joy finding that Grisham's talent is not entirely gone. A few circumstances sort "fell into the plot" to make it move faster, granted, but overall I enjoyed the story and found it worthy of all five stars.

If you're a fan of old Grisham, then this is the book for you.
Read more
586 people found this helpful
Report abuse

Robert
5.0 out of 5 stars Masterly
Reviewed in the United Kingdom on 16 October 2019
Verified Purchase
Difficult for the non-lawyers but masterly none the same. If the American legal system is as corrupt as described it is horrendous. Well done John Grisham for describing its flaws.
Read more
28 people found this helpful
Report abuse

Taking it Easy
5.0 out of 5 stars Excellent!
Reviewed in the United Kingdom on 11 August 2020
Verified Purchase
This is an excellent read and one of John Grisham's best novels of late. He has always been one of my favourite authors, particularly his legal tales.
The Guardians are a small organisation dedicated to freeing those languishing in jail following a wrongful conviction. They are always short of money and run the risk of retribution from organised crime gangs.
Classic Grisham and well worth a read!
Read more

5.0 out of 5 stars Excellent!
Reviewed in the United Kingdom on 11 August 2020
This is an excellent read and one of John Grisham's best novels of late. He has always been one of my favourite authors, particularly his legal tales.
The Guardians are a small organisation dedicated to freeing those languishing in jail following a wrongful conviction. They are always short of money and run the risk of retribution from organised crime gangs.
Classic Grisham and well worth a read!

Jim J-R
4.0 out of 5 stars Dry, but more engaging than I expected from the blurb
Reviewed in the United Kingdom on 3 January 2020
Verified Purchase
I was worried when I started reading this Grisham novel that it was just going to be the same again - he’s written the story of a man on death row over and over again - but it managed to retain my interest and tell an interesting story from a slightly different angle.

It does feel though like this is a bit cookie cutter - Grisham can clearly output legal thrillers almost with his eyes shut now, and his other works seem to be the ones that have more interesting characters and plots, exploring other genres. The narrative here is perfunctory and dry - the classic Grisham move of sticking to fact fact fact, and not adding emotion or colour - it does read a bit like it’s being narrated by a neutral lawyer rather than someone passionate.

An enjoyable read, but not particularly anything special - and I am beginning to wonder whether I want to keep investing my time in reading Grisham’s output.
Read more
11 people found this helpful
Report abuse
See all reviews
Back to top
Get to Know Us
Make Money with Us
Let Us Help You
And don't forget:
© 1996-2021, Amazon.com, Inc. or its affiliates