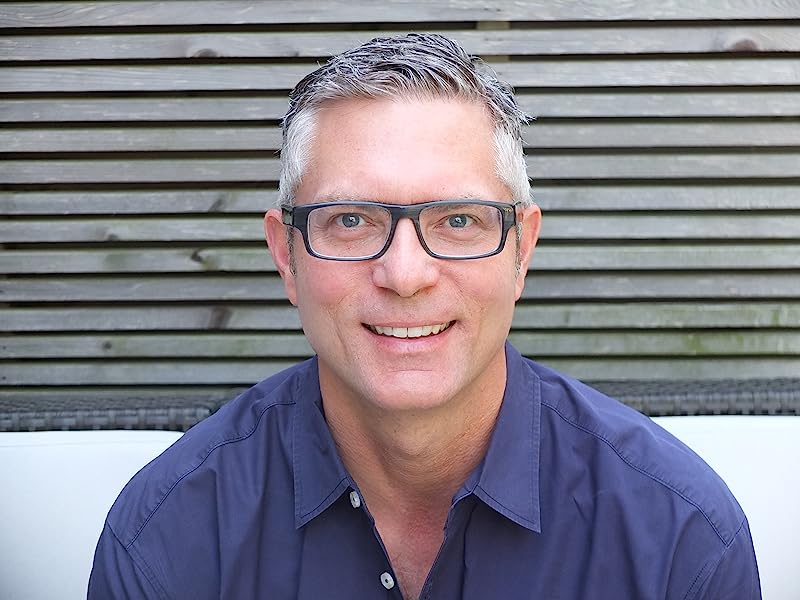 by Andrew Pyper (Author), Jay Snyder (Reader)
4.2 out of 5 stars 68 ratings
See all formats and editions
Sorry, there was a problem loading this page. Try again.

There's no such thing as an empty house.... From acclaimed author Andrew Pyper, a gripping novel of psychological suspense about four men haunted by a secret from childhood.

Trevor, Randy, Ben, and Carl grew up together in the small town of Grimshaw as many boys do, playing hockey and forging friendships that run deep. Twenty-four years later, when Ben commits suicide, the three remaining friends gather once again in their hometown. But going home means going back, and that's not always easy.

The three men are forced to confront their memories of a sinister crime that happened in an abandoned house in their neighbourhood, a crime that claws its way into the present, leaving its indelible mark on everyone.

New from the author of The Girl from Munich
From Australia’s bestselling author comes the story of one woman’s determination to find her place in a world that men are threatening to tear apart. Shop now.
Start reading The Guardians on your Kindle in under a minute.

I'm the author of ten internationally bestselling novels, including The Residence (September 1, 2020).

My previous books include The Demonologist, a #1 bestseller in Canada, Brazil and a number of other foreign territories, and the winner of the International Thriller Writers Award for Best Novel. My first novel, Lost Girls, won the Arthur Ellis Award, was a New York Times Notable Book of the Year and appeared on both the New York Times and Times (UK) bestseller lists. The Killing Circle was a New York Times Crime Novel of the Year, and The Wildfire Season a Globe and Mail Best Book. I made my way through a BA and MA in English Literature from McGill University, and somehow got a law degree from the University of Toronto.

I live in Toronto.

4.2 out of 5 stars
4.2 out of 5
68 global ratings
How are ratings calculated?
To calculate the overall star rating and percentage breakdown by star, we don’t use a simple average. Instead, our system considers things like how recent a review is and if the reviewer bought the item on Amazon. It also analyses reviews to verify trustworthiness.

Green Man Music
4.0 out of 5 stars Watcher At The Window
Reviewed in the United Kingdom on 17 March 2011
Verified Purchase
"The Guardians" is a ghoulish haunted house tale set in Canada, involving a group of former high school ice hockey players (the eponymous Guardians) now in their forties and hampered by their own Achilles Heels, summoned back to the town of their collective childhoods after the death of a close friend.

Their return opens up old wounds, rekindles old passions, and revisits old shared childhood experiences that they'd hoped they'd left in the dim and distant past, only for the death of their friend and their subsequent arrival in town to awaken it again.

For me there are clear similarities to Stephen King's  It  both in style and content. Both novels are about childhood friends having to reunite as adults, return to their childhood hometown and confront unfinished supernatural business lying almost forgotten in their past, one or more of the adults having died along the way. Both have narrative streams set in the present day with regular interludes set in the past to inform the reader of what happened then. Pyper even uses a Canadian version of familiar King-type references to the minutae of "Ezee-Kleen" and "Krazy Kevin" style brand names.

Nevertheless Pyper is a very good writer and whether consciously emulating King or not, he's managed to find a similarly engaging style of writing which draws the reader in and keeps her or him turning the pages. More twists to the plot develop as the story unfolds and the author conjures up some pretty powerful scenes; I found the protagonists' later dealings with their team coach particularly vividly constructed.

Though the film  Grindstone Road [2007 ] bears a few similarities to this story (and for me, I found the character Ben's attic vigil reminiscent of scenes from  The Sentinel [1977] )it would probably make for a decent film in its own right.
Read more
2 people found this helpful
Report abuse

ruth1044
4.0 out of 5 stars The Guardians by Andrew Pyper
Reviewed in the United Kingdom on 11 April 2012
Verified Purchase
Although I found this quite a slow start,it was in the end a very good story.It picked up pace quite significantly once all the friends had been reunited.Then the happenings of the past that tied them together were slowly revealed chapter by chapter.This is about a house stood empty for years,a murder,an abduction and group of school friends.Is the house really haunted?Do each of them see the same ghost or is it a reflection of themselves in their own mind.One friend stays at home as a "watcher" and keeps his diary telling what he sees,this is all his life consists of and I could not work out from the story why he actually took his own life,but he obviously had deteriorated through living as he did to a state of despair.Each one had dealt differently with the things that they had seen and done, and they are all a pretty mixed up lot,not surprisingly-as the events they had a hand in were sure to stay with them how ever far away they went.The story picked up pace very quickly from about half way through bringing the whole thing neatly together,no loose ends-- and the house?? The best thing that could happen to it;happened.
Read more
One person found this helpful
Report abuse

Cosmo
2.0 out of 5 stars Very disappointing
Reviewed in the United Kingdom on 30 April 2013
Verified Purchase
I read this after looking at reviews however found it dull and couldn't finish it due to the complete tediousness of the writing. The plot in places is implausible and the characters do not inspire you to care that much about them in the long run.
Read more
Report abuse

pixiestix
5.0 out of 5 stars The Guardians - Andrew Pyper
Reviewed in the United Kingdom on 12 March 2014
Verified Purchase
Another really good read by the author Andrew Pyper. I did enjoy this one, but also enjoyed all his other books.
Read more
Report abuse
See all reviews
Back to top
Get to Know Us
Make Money with Us
Let Us Help You
And don't forget:
© 1996-2021, Amazon.com, Inc. or its affiliates