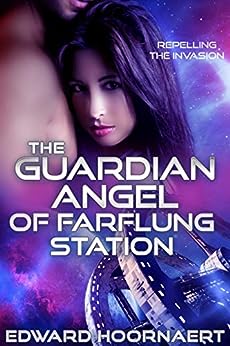 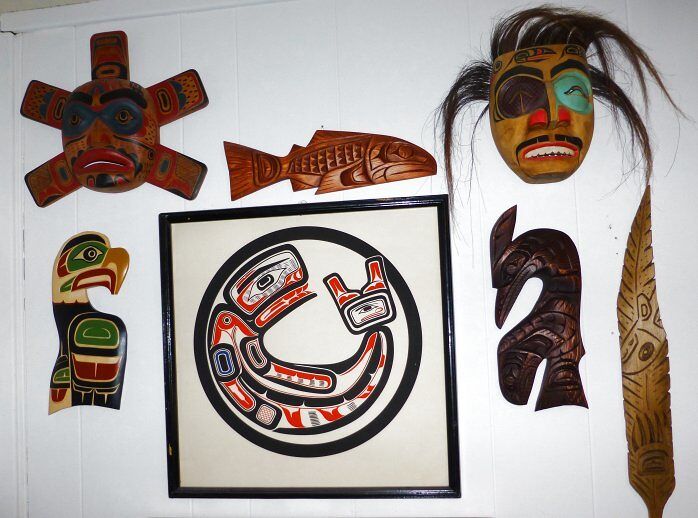 Kay Mack
TOP 500 REVIEWER
5.0 out of 5 stars A lovely surprise
Reviewed in Australia on 9 April 2021
Verified Purchase
Was there ever a sweeter, more heartfelt romance than that between Sandrina and Duke? They find and accept each other with relative ease, then battle mercenaries to save a senator. But there’s so much more to this story. Acceptance of and working past disabilities. Another must face going against their societal rules. Family. Loss and grief. In the end I would hope that you too will feel the warmth in your heart for the real love that proceeds to the most beautiful HEA!
Read more
Helpful
Report abuse
See all reviews

Amaxon Customer
4.0 out of 5 stars Forgotten Walkways
Reviewed in the United States on 8 July 2019
Verified Purchase
Interesting intro to an aging orbital and its' new security chief, Duke. They are preparing for a visit from a politician with a checkered past and slippery agenda. There are pirates on this border, and they feature in current events. Intriguing characters and plot- five stars.
The visual imagery is vague- something about greasy corridors and null spaces- four stars. Yet the characters must lean on each other to save Farflung, so readers feel their lives entwine- five stars.
Characterizations are somewhat one-sided; Duke is a black sheep. Princess Lockey is a wolf in siren's clothing. Sandrina a mute genius. The writing twists from new revelations every few pages, so it moves right along. But there is growing attraction between Sandrina and Duke:
'Sandrina threaded her way through the tables with self-conscious rigidity. As she wiped an empty table with a towel, she glanced over her shoulder at him then looked away.
"She's mysterious," he said. "That's all."
"Suspicious people irritate my worry buttons," Lockey said, equating mysterious with suspicious. "You are certain about the urchin? Because of Senator Striden's history in this sector, Farflung Station holds danger. He is very brave to come here, so I insist security preparations be adequate."
Hoornaert, Edward. The Guardian Angel of Farflung Station (Repelling the Invasion Book 1) . Kindle Edition.
So, yes, Hoornaert tells a great tale of romance within the scify of future space.

Tee Kay
5.0 out of 5 stars Thoroughly entertaining tale...
Reviewed in the United States on 14 April 2017
Verified Purchase
A thoroughly entertaining tale. From the blurb: "When pirates conquer Farflung Space Station, security chief 'Duke' Dukelsky fights back with only two allies. One is Lockey, a kick-ass princess who lusts for Duke's body. The other is Sandrina, a mysterious and alluring waif with more secrets--and secret powers--than the rest of Farflung Station put together."

The characters are outstanding--their chemistry works so well. The author did a great job of infusing humor into the story. The two women appeared to be tempering a standoff over Duke, the male main character. There's a nice plot twist to that.

Sandrina, the guardian angel, has no tongue. Her backstory makes her a sympathetic character, but don't tell her that. The last things she wants is pity from anyone. And since she can't talk, the readers spend a lot of time in her thoughts. She's spunky, witty, and might miss a few social cues.

Lockey is the perfect counterpoint to Sandrina. She's a princess, beautiful, a fighter, makes her living providing security. A regular kick-ass character. And when she spars with Sandrina over Duke, it gets pretty funny.

Duke is the likeable, overwhelmed head of station security.

The Author's Journal
5.0 out of 5 stars Space Opera at its best, woven with romantic tension, and an on-station adventure where worlds collide.
Reviewed in the United States on 23 October 2014
Verified Purchase
Farflung Station is set in deep space aboard a star station.

Hoornaert’s cast of well-drawn characters share one common goal – protect the station where they live and serve.

Duke’s job as head of security is complicated when he discovers the true identity of Farflung’s Guardian Angel, Sandrina, an orphan who knows her way around the back corridors and depths of the space station. When Duke catches Sandrina doing anonymous good deeds for the occupants of the station, he’s intrigued, but rather than arrest her he’s driven to discover her secrets.

Sandrina's secrets are complex, well-woven, and well worth uncovering. Her twists made me want to cheer.

When Lockey, a princess warrior arrives to help Duke secure Farflung Station for an impending visit from an ambassador with a shady past the unlikely trio must team up to save the day. Sparks fly, and the dialogue shines.

No spoilers here, but reading how the trio diffuses the sexual tension, and the plot to take over the station makes this story a great read.

Grady Harp
5.0 out of 5 stars `State your name, occupation, tattoo ID, and residence pod.'
Reviewed in the United States on 30 October 2014
Verified Purchase
Canadian born, Arizona author Edward Hoornaert's bio gleaned from snippets around the ether of the Internet include the following (written by the author): `I'm a slow learner who took a long time to realize what I finally wanted out of life. Hmm. Now that I've typed that, I realize it isn't strictly true. Some things I fell in love with in my middle teens. My high school sweetheart (now my wife). Playing orchestral music (on the oboe). In so many ways, though, it took me forever to learn what now seems obvious. For example, writing. Creating fiction is, IMHO, the most fun I can have with my clothes on, but I didn't figure that out for a LONG time. As I said, slow learner. But now I'm a multi-published novelist and short-story writer who has written both romances, science fiction and, most recently, science fiction romance. I'm also a musician who has played principal oboe in the Kamloops Symphony Orchestra and the Civic Orchestra of Tucson. Aside from the above, my other interests include my wife and four children, listening to music-mostly classical, but anything that's good, coin collecting, sports-baseball and hockey, staying fit.' (He also has been a teacher, technical writer, salesman, waiter and janitor!) And while that résumé may not impress the guardians of great literature, it most assuredly prepares the reader for appreciating the tone, humor, flashes of prescience, social commentary, unfettered excitement that Hoornaert has created with this little jewel of a `sci-fi romance'.

How Hoornaert is so able to create a lusty romance story out of a flung out into the galaxies situation is a key to his style. Imaginative as he is with the concepts of space stations and sci-fi idioms and names he still is able to create characters about whom we care. Though shorter than his other books, Hoornaert is able to create a telling story with fast paced development embroidered by enough hormone driven activity and sidebars to make the novel interesting to the casual sci-fi reader. In THE GUARDIAN ANGLE OF FARFLUNG STATION we first meet Duke Dukelsky, the security chief of the smallish and wearing thin star station called Farflung Station as he engages an intruder who turns out to be a sexy, tongueless, waifish Sandrina whose secret mission is as momentarily interrupted by sexual attraction as is the Duke's (Sandrina reflects `he stood on the starry side of the war between darkness and light, good and evil.') As we (and the Duke) discover, Sandrina is the Guardian Angel of the title, doing anonymous good deeds for the occupants of the station. Yet her presence shields her secrets: `Even deep searches failed to find her, which made no sense. She must have been in there at some point, though. Everyone on the station had some kind of entry, even day-old babies. Removing someone took high-level clearances and skills, yet this sweet-faced ragamuffin had vanished from official records. Why? How? Someone important wanted her records gone. Who? What was the mystery surrounding her? On the other hand, locating old news and gossip threads about the girl without a tongue proved easy. He'd figured it would. A lifetime might not be long enough to expunge such a distinctive person from the sprawling, chaotic mega-tangle of informal chatter lingering in Farflung's computers like the dirt rings on a galactic bathtub. Sixteen years ago, a research ship had ventured into the unknown black, in search of modern science's elusive Holy Grail: intelligent aliens. On its return trip, the ship had been attacked by pirates, with only one survivor : a girl of eight. The pirates cut out her tongue and left her to bleed to death-- and she would have, too, except the ravaged ship was on autopilot to nearby Farflung Station. Her name was Sandrina. No last name known. Same for time and planet of birth.' Lockey, the lusty princess warrior arrives to help Duke secure Farflung Station for an impending visit from an ambassador, and despite the disparity of the three characters - Duke, Lockey and Sandrina - they must act together to save Farflung.

Sound wild? It is, but offered with a penchant for humor as well as lust and intrigue. Short and sweet, THE GUARDIAN ANGEL OF FARFLUNG STATION is another winner for Edward Hoornaert. Grady Harp, October 14
Read more
2 people found this helpful
Report abuse

KiraSonne
5.0 out of 5 stars A wonderful space opera
Reviewed in the United States on 17 December 2019
Verified Purchase
So fun to read. This story is a fantastic space opera with great fleshed out characters. A rare gem. I loved the amazon, the hero and the hero-to-be. Gobbled every word up and felt like I was on that space station. What a gem. Thank you!
Read more
One person found this helpful
Report abuse
See all reviews
Back to top
Get to Know Us
Make Money with Us
Let Us Help You
And don't forget:
© 1996-2021, Amazon.com, Inc. or its affiliates