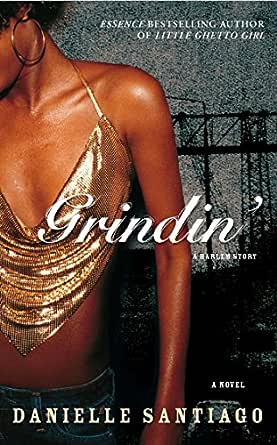 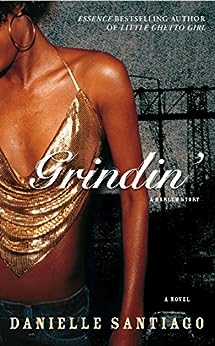 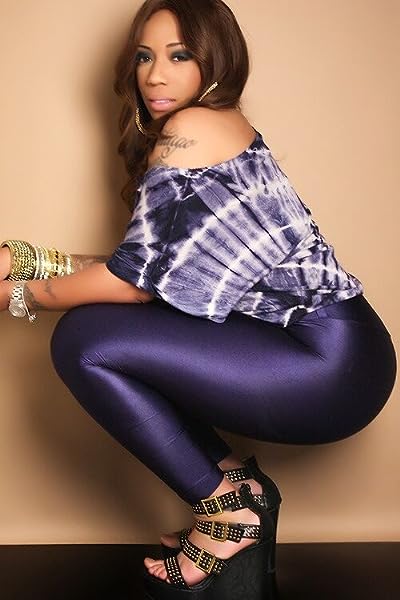 Danielle Santiago is the author of Grindin' and founder of Mischievous Girl Foundation, which is dedicated to helping battered women and innercity girls. She lives in Harlem, New York, and Charlotte, North Carolina, with her husband and son. --This text refers to an alternate kindle_edition edition.

4.8 out of 5 stars
4.8 out of 5
53 global ratings
How are ratings calculated?
To calculate the overall star rating and percentage breakdown by star, we don’t use a simple average. Instead, our system considers things like how recent a review is and if the reviewer bought the item on Amazon. It also analyses reviews to verify trustworthiness.

StylishCurvyGirl
5.0 out of 5 stars Grinding for Keeps
Reviewed in the United States on 16 August 2016
Verified Purchase
I'm about 10 years late reading this Urban Classic but better late than never. Kennedy and her cousin Nina were as street smart as they were beautiful. Initially they were grinding for paper by using their beauty to lure unsuspecting ballers in and robbing them blind. Nina's only problem was her boyfriend Cream.........he was mentally and physically abusive. Kennedy warned her to leave him along but the warning came a little too late and Kennedy tried but just didn't make it in time to save Nina. She did get a second chance at life tho to raise Nina's kids and she stepped up to the plate. Kennedy meets Chaz....a hip hop artist that captures her heart. She is so scarred from losing everyone in her past that she is reluctant to let him in but Chaz refuses to give up.This story was a beautiful and well written Hood love story. 5 star read for sure.
Read more
Report abuse

Marben
4.0 out of 5 stars I read all of her books.
Reviewed in the United States on 13 December 2020
Verified Purchase
I read all of her books. Love the 3 part series. This book should be read after “Little ghetto girl” or before then “Allure of the game”. This was focused on the character “Kennedy”
Read more
Report abuse

Kcthediva
4.0 out of 5 stars Good read.
Reviewed in the United States on 24 December 2014
Verified Purchase
The characters where awesome. Grabbed you from the start. Kennedy was irritating at times because for her to be so street knowledge she sure made some unwise choices. She acted like a big baby at times seeing as how she was supposed to be so boss. Over all the book is worth the read.
Read more
Report abuse

Michelle
5.0 out of 5 stars Grindin' for Keeps.
Reviewed in the United States on 19 June 2006
Verified Purchase
Only a few things to say about this book. First, this book was really good. I first read Ms. Santiago in "Cream". I am already looking forward to her next novel.

Kennedy Sanchez life is full of ups and downs. Kennedy is the type of female who will do whatever to get her money, she stays on the grind. It seems like every good thing that happens to her, 3 or 4 bad things also happen. First the love of her life Pretty Boy is killed and Ken has a nervous breakdown, then her best friend/cousin Nina dies at the hands of her violent baby daddy. When things start to look up and Kennedy begins a career in hip-hop, things really get wild. With all of her sucess will come more drama,heartache and pain. Mentally Kennedy ends up dead and can only survive with the support of her loved ones.

DebraJ
3.0 out of 5 stars Fell below my expectations
Reviewed in the United States on 12 October 2008
Verified Purchase
I purchased this book based upon the rave reviews and my mistaken belief that the lead character was on the "grind" to take care of her orphaned nieces and nephews. After reading the book, I was sorely disappointed.

Yes, Kennedy became guardian of Nina's children after Nina died, but the children were props in this book. Kennedy didn't act as the mother to these children so clearly her grind had nothing to do with them.

Kennedy and Chaz were on the grind purely because they are selfish azzholes who like designer gear. First, they both sold drugs "for that paper" so they could buy Benzes, houses, diamonds, etc..

After their rap careers took off, they were on that grind to buy Benzes, houses, diamonds, etc..

This is the story of Kennedy and Chaz. Kennedy is a hustler who tricks men to get into their hotel room and then she robs them. Chaz is a rapper.

After her cousin dies, Kennedy becomes the guardian of her children, thus, making Kennedy the parent of 4 children. One day, while at a party she and Chaz meet and hook up.

Chaz has a record deal and when his label hears Kennedy "spit" she receives a record deal as well. During the course of their singing career, Chaz loses his best friend, Kennedy is beaten, Chaz is stabbed, and so forth.

Basically, this novel was a take on the rap beefs that existed, ala Biggie and Pac, Ja Rule and 50, and so forth.

Pros: Book was easy to read with just minor grammatical errors
Cons: I never connected to the side characters. I never felt emotionally connected to Kennedy and Chaz to about page 125.
Read more
One person found this helpful
Report abuse
See all reviews
Back to top
Get to Know Us
Make Money with Us
Let Us Help You
And don't forget:
© 1996-2021, Amazon.com, Inc. or its affiliates