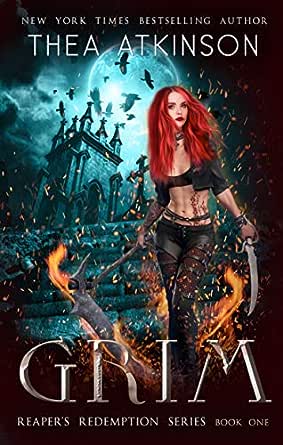 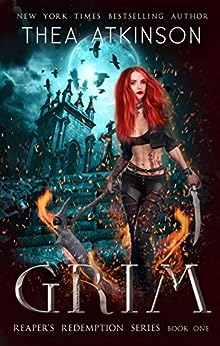 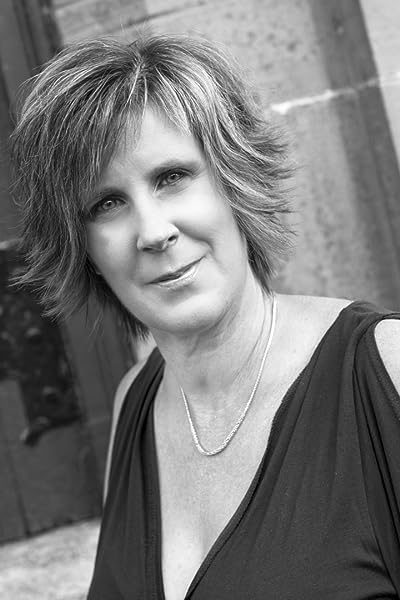 Michelle
TOP 500 REVIEWER
4.0 out of 5 stars The Grim Reaper never looked better!!
Reviewed in Australia on 2 May 2017
I loved the characters!

Ayla is definitely flawed and I actually liked the fact that she didn't have all the answers and was literally stumbling through it all. Her frustration came through loud and clear and given her tough childhood, I really felt sorry for her.

Callum is literally thrown in the deep end with Ayla. I liked that he wasn't the typical hero that just takes everything on board and runs with it.... He wanted to walk away to some degree in the beginning and pretend it didn't happen but he stayed which spoke volumes.

I would have liked more character background, maybe even at the start of the book, just to set up the characters a little bit more fluidly. Other than that, I thought it was an interesting new take on the grim reaper and I will definitely be continuing this series.

If you like the urban fantasy genre, I think you will definitely enjoy this new series from Thea Atkinson.

I received this as an ARC which I voluntarily read in exchange for an honest review.

Who will walkout with their life in tack? And if they do will it ever be the same?

Thea a troubled teen, on the cups of becoming a young adult, answers a desperate plead for help from her only friend, in the middle of the night, a friend she hasn't seen or spoken to in two years.
A mysterious txt reads : Meet me at the church, but come alone!
An abandoned church, at Midnight, Would you go?
What lengths will you go to save your loved ones, to save yourself?
This book had me gripped from the start, getting into the action straight away,
I felt a migraine coming on, but still I could not put it down!

Thea Atkins creation, Dyre a small American town full of Supernatural beings, some good, some bad and some evil incarnate, all fighting, some for survival, some for love of family and some because they can!

I received an Advanced Readers Copy of this book, in exchange to write a fair & honest review.
Read more
Helpful
Comment Report abuse
See all reviews

Trace Smith-mcquillan
4.0 out of 5 stars Not bad
Reviewed in the United Kingdom on 24 June 2020
Verified Purchase
Enough interest to buy the next book...leaves you with more quest than answers....light slow burn romance..wish I could see more action/ poets from main characters but good start to the series
Read more
Report abuse

Gaynor Barker
5.0 out of 5 stars Five Stars
Reviewed in the United Kingdom on 12 May 2017
Verified Purchase
Again a good read did not want it to end.
Read more
One person found this helpful
Report abuse

Shari Decter Hirst
5.0 out of 5 stars Fab new series
Reviewed in Canada on 25 December 2019
Verified Purchase
I love the complexity of the stories- lots of great characters. TONS of foreshadowing. This series is going to be a great read.
Read more
Report abuse

JOA
5.0 out of 5 stars Fantastic.
Reviewed in the United States on 26 September 2017
Verified Purchase
A while back, I reviewed a fascinating literary novel titled “Anomaly” that chronicled a few days in the life of a tortured gender-fluid character named J. The book completely surprised me, and I fell in love with it. (Unfortunately, that particular title is no longer in print, so the world has lost out on reading it…for now.) So when I found out that the author of that little gem, one Thea Atkinson, had pivoted her peculiar talents toward Urban Fantasy, I just HAD to pick up a copy of “Grim” and see for myself how someone with a unique voice such as hers would tackle the genre.

And let me tell you, she tackled it perfectly.

“Grim” is a gem of a book. It is the story of Ayla, a young girl on the cusp of womanhood whose life has been anything but easy. As a child of the foster care system, she has all the insecurities and hang-ups of someone who’s shuffled from home to home. Her distrust lingers even now that she’s found relative safety living with her grandfather in the town of Dyre (great naming there). She’s a contradiction, as most real people are—flawed yet idealistic, fragile yet brimming with inner strength.

Atkinson doesn’t waste time, as the story starts with a bang, an encounter with a strange, tattooed killer in an old gothic church. It is this initial confrontation, and all the horror that goes with it, that begins a breakneck two days for our young, ornery heroine. There are secrets revealed almost immediately, both supernatural and otherwise. The author sure knows how to frame a fight scene, and the action is excellently paced. When reading this book, there really is not time to stop and catch your breath, which only adds to the urgency of the tale.

As with “Anomaly,” Atkinson shows off her biggest talent: the depth of her characters. The story is told through Ayla’s eyes, so obviously she is very well developed, but the rest of the cast, from her grandfather, to Callum the young and seemingly conflicted firefighter, to Ayla’s witchy friend Sarah, leap of the page in real-time. All three of them are complex individuals disguised as genre tropes, which makes them at once relatable and utterly mysterious.

And oh, the mysteries! One of the areas that I’ve seen most authors struggle with when creating any fantasy world is makeup and definition of the world itself. World-building, if you will. Here, Atkinson shows an almost saintly amount of patience. Even though we learn almost immediately of what Ayla’s big secret is, the functionality around that secret, the rules of engagement, and the underlying mythology are doles out bits and pieces at a time, sprinkled here and there throughout the narrative, slowly building the universe like a puzzle.

Being the first book in a series, of course that puzzle isn’t completed by the time the last chapter comes to a close. But what’s revealed up until that point is more than enough to have the reader pining to get to the next book. Which, really, is what the opening volume of a series is all about.

So yes, “Grim” is a great little book, and way more than it seems at first blush. The earnestness that drips like viscera just below the genus of the common is more than enough to make me honestly say, “More, please, and right freaking now.”
Read more
9 people found this helpful
Report abuse

Andi B.
4.0 out of 5 stars Just because you don't believe in monsters . . .
Reviewed in the United States on 1 May 2017
Verified Purchase
Thea Atkinson has created an interesting and unique world in Dyre. Grim opens with Ayla in an abandoned church trying to find Sarah, her foster sister. She hasn't seen her in 4 years, but is ready to brave the dark to help. Little does Ayla know that maniacs and psychopaths aren't the only things that go bump in the dark.

Ayla gets a crash course in the supernatural. Just because she doesn't believe in monsters, doesn't mean they don't believe in her. You join Ayla, Sarah, Cullum and Gramps as they try to navigate a world some are more familiar with that others. Where druids and necromancers have power and the Angel of Death needs Ayla to reap supernaturals to get her wings back.

Atkinson has created a world where fallen angels can earn their wings back and there's more than meets the eye. Atkinson takes familiar tales, but adds her own twist. Ayla has a lot going on before finding out she's a Grim Reaper for creatures she doesn't even believe in.
Read more
10 people found this helpful
Report abuse
See all reviews
Get FREE delivery with Amazon Prime
Prime members enjoy FREE Delivery and exclusive access to movies, TV shows, music, Kindle e-books, Twitch Prime, and more.
> Get Started
Back to top
Get to Know Us
Make Money with Us
Let Us Help You
And don't forget:
© 1996-2020, Amazon.com, Inc. or its affiliates