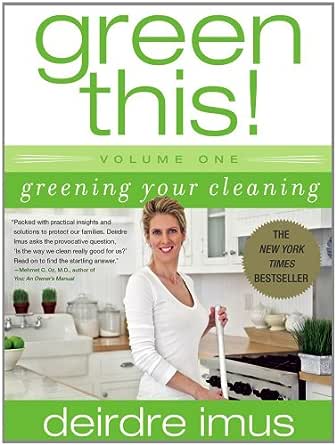 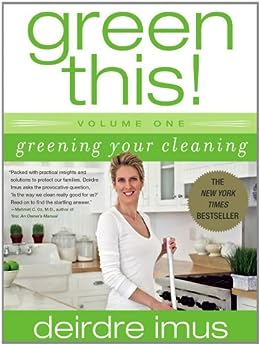 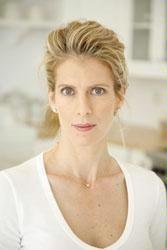 "Packed with practical insights and solutions to protect our families. Deirdre Imus asks the provocative question, 'Is the way we clean really good for us?' Read on to find the startling answer." -- Mehmet C. Oz, M.D., author of You: An Owner's Manual --This text refers to an alternate kindle_edition edition.

Deirdre Imus is the founder and president of the Deirdre Imus Environmental Center for Pediatric Oncology(R), part of Hackensack University Medical Center (HUMC) in New Jersey. She is also a cofounder and codirector of the Imus Cattle Ranch for Kids with Cancer, and the author of the bestselling book The Imus Ranch: Cooking for Kids and Cowboys. --This text refers to an alternate kindle_edition edition.

4.4 out of 5 stars
4.4 out of 5
24 global ratings
How are ratings calculated?
To calculate the overall star rating and percentage breakdown by star, we don’t use a simple average. Instead, our system considers things like how recent a review is and if the reviewer bought the item on Amazon. It also analyses reviews to verify trustworthiness.

Gerald T. Westbrook
4.0 out of 5 stars Deirde Imus: A Second Coming of Rachel Carson?
Reviewed in the United States on 7 May 2011
Verified Purchase
I have been aware of Don Imus, (DnI) and his show: Imus in the Morning, for some time. My first recollection of being aware of Deirdre Imus (DdI) was on one of his recent shows. I happened to catch one of these shows and was impressed by her presence and contribution.
Next, I selected his web site, and followed by selecting: Deirdre's Corner. Four items emerged.
(1) A video clip of her latest appearance on the live Health Hour with Dr. Manny Alvarez.
(2) DdI's latest session on Fox Business News (FBN): Blonde on Blonde.
(3) DdI's latest blog on Fox News. This blog cited a major concern on organic pesticides.
(4) DdI's latest newsletter for the: DdI Environmental Health Center.

' The first item alerted me to some key medical professionals.
' The third item alerted me to her concerns not only on organic pesticides (chlorpyrifos, CFP, my acronym), but also on plasticizers (bis-phenol A, BPA). It also got my attention as CFP was first produced by my old chemical company, and the associated comments were not particularly flattering.

An inspection of her writings indicate that they all embrace the color green. As I have also written a book that embraces this color (How Green Are the Gorons?, iUniverse, 2011), I knew I had to find out more about this writer and her work. So I started in on her Volume One. And on the very first page she reports that "we are exposed to pesticides and carcinogens - - -." Since I have had a strong interest in pesticides and carcinogens I wanted to know more on what she had to say on this subject, so I looked for the Index to look up pesticides. No index. Ouch!

Next I studied the section entitled: Glossary of Chemicals (pages 203 - 215). Pesticide would have been on page 211, but it was not listed. This was not surprising as pesticide is not a chemical, but a group of chemicals. An inspection of her Glossary of Chemicals might be helpful.
(1) First moving backwards:
' perchloroethylene (page 211) or PERC. Among other statements she reports PERC can damage the liver, kidneys and central nervous system, and has been known to cause cancer in lab animals..
' organic solvents (page 210), are nervous system depressants. This is another group of chemicals. It is curious why organic solvents were listed and pesticides were not.
' methylene chloride (page 209) is an organic chlorinated solvent, and a suspected human carcinogen.
' dioxin (page 207) is reported as the most dangerous man-made chemical ever tesed, and has been linked to cancer and many other serious medical problems.

All of the above inputs depict a very complex field. While there are areas that I agree with DdI on, there are areas that I am not so sure about. In any event, DdI's writings have caused me to at least rethink my position on many of these subjects.
This is very comparable to my position on Rachel Carson. I first became aware of the details of her life and career with the purchase of Silent Spring (40th Anniversary Edition, Mariner Books, 2002), her defining book.
This book was both widely praised and condemned. It was surely not ignored. It led to a vigorous and heated debate ultimately leading to the ban of DDT. While praising RC is not the role of this report, there is much about Rachel Carson with which I can salute. She was surely a lover of nature and could see that society was not doing right by nature. I would have little trouble saluting the aspects of her career that demonstrated insight, courage and tenacity. She was also something of a maverick, with no official scientific laboratory or governmental agency to support her views over her last 12 years. As a self proclaimed maverick, as noted at the start of my book, I would have great empathy on what such a pathway entails. I would also have little trouble supporting her original macro environmental views:
* as she watched her hometown of Springdale, Pennsylvania being destroyed;
* as she saw the near destruction of Chesapeake Bay by industrial drainage;
* as she learned about ocean pollution in Japan, specifically on Mercury and Cadmium;
* as she found out that the pesticide industry did not do adequate testing and did not provide appropriate application instructions.

However, when Rachel Carson switched from her macro views, as expressed above, to her micro views, we started to move into areas of potential disagreement. She surely was the founder of the modern micro and sub-micro environmental concerns through her 1962 blockbuster book Silent Spring.

Now there is one more area that needs attention, and that is the area of dispersants. Now I know she has written on that subject, just as she has on pesticides, but again no index, and nothing in her Glossary of Chemicals.
Among other findings, she has reported that BP has dumped more than 800,000 gallons of dispersants into the Gulf. And the EPA has ordered BP to stop using the toxic dispersant: Corexit. EPA admits it doesn't know very much about this chemical, but intends to work on that situation. The manufacturer, Nalco Chemical, also has little to say, but argues it is no more acutely toxic to marine organisms or hazardous to human health than alternative dispersants. The recipe for this dispersant is not public. However, DdI is highly concerned particularly for small children.
Again, all of the above inputs depict a very complex field, and DdI's writings will oce again caused me to at least rethink my position on these additional subjects.
Read more
2 people found this helpful
Report abuse

Nancy E. Ankrom
4.0 out of 5 stars "Greening the Cleaning" really helpful
Reviewed in the United States on 21 May 2007
Verified Purchase
I have always been somewhat skeptical of using "green" products for cleaning---and some I have actually used in the past have not been as good as the regular products available. However, Deirdre Imus has written a very useful, well-organized overall review of products already in the home that can be used for "green cleaning"  Green This! Volume 1: Greening Your Cleaning (Green This!) . I have discovered that white vinegar, lemon juice, baking soda and salt, in various combinations can do a wonderful job of cleaning in bathrooms and kitchens, for example. Because I became acquainted with her on her husband's talk show, I was willing to buy Deirdre's book and am pleased that I did so.
Read more
7 people found this helpful
Report abuse

ANNA Rossignol
4.0 out of 5 stars Very good information
Reviewed in the United States on 26 March 2019
Verified Purchase
Great read and awesome tips to get your home a greener environment!!
Read more
Report abuse

Cynthia Hall
4.0 out of 5 stars Very informative book
Reviewed in the United States on 13 May 2007
Verified Purchase
This is a great book. I, honestly, only bought it because I was in support of her husband since I didn't think that he should have been fired. However, I'm glad that I did buy it. I didn't realize that the cleaning products I have been using were so dangerous, especially to my 16 month old daughter. Mrs. Imus understands that not everyone has the money to spend on these "green" cleaning products and she instructs the regular person on how to do it. The only thing I did not like about the book is that there are no lists, such as a "do this, not that" kind of list. Everything is listed in paragraph form, so you often have to go back and forth throughout the book in order to find what you are looking for. I would have loved to have a summary chart on the products I should be looking for. I found myself taking notes while I was reading it so that I could have all of the information I wanted in a short format.
Read more
8 people found this helpful
Report abuse

G. Itzkowitz
5.0 out of 5 stars Very useful!
Reviewed in the United States on 12 August 2007
Verified Purchase
I saw Diedre Imus promoting this book on the Today Show, and was only able to get a few tips out before the went onto the next guest. So I went onto Amazon and checked out the book, and it seemed interesting enough to order. I have gotten so many ideas that I rarely use any chemicals in the house anymore. I have killed insects naturally. I rarely see a roach, when I had a big roach problem, I clean rust and my drains naturally, and even my laundry. A great book overall. If not for the evironment, do it for your own health.
Read more
3 people found this helpful
Report abuse
See all reviews
Back to top
Get to Know Us
Make Money with Us
Let Us Help You
And don't forget:
© 1996-2021, Amazon.com, Inc. or its affiliates