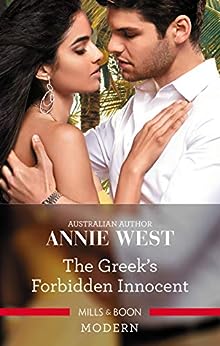 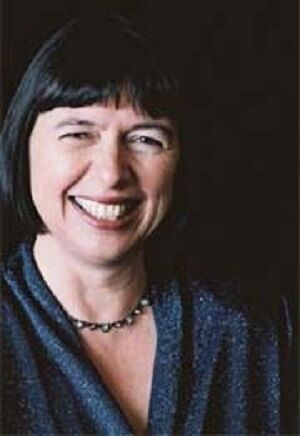 "The writing style is captivating and the romance is convincing. It's a great read!" - Harlequin Junkie --This text refers to an alternate kindle_edition edition.

Annie West Annie spent her formative years on the east coast of Australia and grew up in a book-loving family. One of her earliest memories is of lying tucked up in bed, drowsy after an afternoon's adventure in the rainforest gully that was her backyard, and listening to her father read 'The Wind in the Willows'. As soon as she could read she was investigating books for herself, reading adventures and poring over fairy tale illustrations. In her mind she was one of the dancing princesses, and Rapunzel and Sleeping Beauty, and, of course, Cinderella. Do you see a trend here? Trips to the library became a regular treat, where Annie could enter faraway worlds and daydream about being the heroine of whatever book she was reading.

As well as encouraging her love of books, Annie's family taught her to love travel and the Australian bush. Often she managed to combine all three. There was the long trek to the marvellous Finders Ranges of South Australia - with Tolkien. Walking in the rugged Grampian Ranges of Victoria - with Tolstoy. And reading gothic romances while camped under the snow gums in the Australian Alps.

She got hooked on romance early. In her teens she spent long afternoons playing tennis with her best friend. Between endless games on baking gravel, they'd stagger to her friend's house to recover, and in that house was an unending store of books, all with that distinctive rose on the cover. That's how Annie discovered romance and she's been addicted ever since. All those strong silent types, flashing-eyed Italians, haughty Spanish aristocrats and the rest. No wonder the boys at school just didn't make the grade.

Fortunately she found her own romantic hero while studying at university. Despite the distraction she completed her honours degree in Classics. She was also fortunate to spend lots of time travelling, backpacking through Egypt and Greece, 'tramping' in New Zealand, sightseeing in Europe and living in Germany a couple of times.

Annie emerged from University with no idea of a career path and took a job in the public service. The perfect preparation for an author! In her first permanent job she spent six weeks proof-reading various versions of the Australian Government's purchasing manual: every - single - word - of - it. Checking the text of a novel is so much more fun! For years Annie wrote and amended and redrafted and revised: government plans, letters for cabinet ministers and reports for parliament. All good grounding for a would-be author.

Then the inevitable happened. Annie decided to write romance. Those books had been a constant through the years of job change and travel. Her chance came when she took leave to spend time with her children. Between preschool and school activities she produced her first novel. At the same time she discovered Romance Writers of Australia (RWAus) - and thank goodness. Without the help of authors who knew what they were doing she might still be writing stories just as good as that first manuscript! Since then she's been active in RWAus writers' groups and competitions, attends annual conferences and loves the support she gets from so many other writers. She had short stories and a romance book published in Australia but it wasn't until late 2005 that she found the success she sought with Harlequin Mills and Boon.

Annie lives with her hero (still the same one after all this time) and her children at Lake Macquarie, north of Sydney. They are neatly situated between the Hunter Valley's marvellous wine country, some of the state's superb beaches and the beautiful lake.

She is always thinking of possible further travel (strictly for research purposes, of course) and in the meantime fantasises about gorgeous men and their love lives. It's hard work but she has no regrets! Her circle of writing friends and her critique partner keep her on the straight and narrow, writing stories she hopes readers will enjoy as much as she does.

Annie loves to hear from readers. You can send her an email at annie@annie-west.com or visit her website above. If you prefer to drop her a letter, you can also reach Annie at Po Box 1041 Warners Bay NSW 2282. --This text refers to an alternate kindle_edition edition.

GSlater
5.0 out of 5 stars Fantastic Book
Reviewed in the United Kingdom on 12 July 2019
Verified Purchase
This book was so good because it had a real story plus all the usual romance.
Read more
One person found this helpful
Report abuse

Wendy Kelly
5.0 out of 5 stars A must buy
Reviewed in the United Kingdom on 10 March 2019
Verified Purchase
Another fantastic book from Liz Fielding. You won’t want to put it down once you start to read it.
Read more
Report abuse

A Romance Junkie
3.0 out of 5 stars Lots of internal dialogue, a real bore.
Reviewed in the United States on 21 May 2019
Verified Purchase
Alexei was a very rich billionaire Greek sexy man and one of his most trusted employee cheated him and he was going to make him pay by bringing the mans daughter to his island and keep her there until her father turned up. Her best friend Mina who’s an actual princess shows pretending to be her. I read the whole book because it wasn’t boring but it had a lot of internal dialogue which I hate. I like showing not telling and this book just keeps talking. By the time I got to the ending, I just didn’t care anymore. I really can’t recommend this book.
Read more
2 people found this helpful
Report abuse

BeeJee
3.0 out of 5 stars No one really likes to be deceived!
Reviewed in the United States on 4 September 2019
Verified Purchase
I really did not like this novel. Once Mina found herself falling for Alexei she should have done the right thing and told him the truth. Her giving in to a night of passion with him and then pushing him away, still without the truth, was why this went downhill to me. The apology, considering all their angry words to the other after Carissa called, was kind of flat. Then the epilogue having her living with Alexei and not married, did not make sense and also came off somewhat flat. 😐
Read more
Report abuse

Laurie B
5.0 out of 5 stars The final chapter
Reviewed in the United States on 7 February 2019
Verified Purchase
I love continuations, and Mina’s story delivered. Being kidnapped and taken to a tropical paradise by pretending to be her friend she meets Alexei, and an arranged marriage goes askew. In the midst of the turmoil, and mystery, she finds an unexpected love. Could not put this book down!
Read more
One person found this helpful
Report abuse
See all reviews
Back to top
Get to Know Us
Make Money with Us
Let Us Help You
And don't forget:
© 1996-2021, Amazon.com, Inc. or its affiliates