Skip to main content
The Greatest Good (Garrison Chase Thriller Book 1) and over 1.5 million other books are available for Amazon Kindle . Learn more 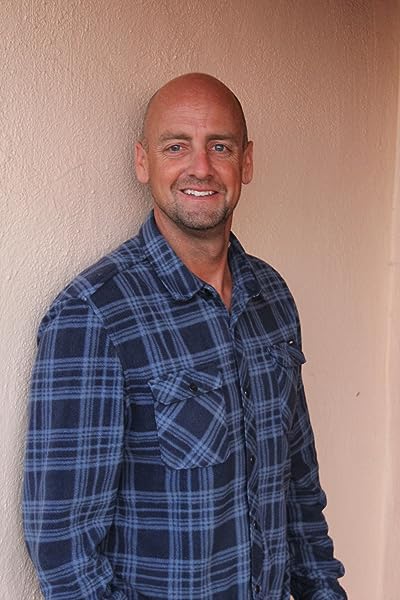 Page 1 of 1 Start overPage 1 of 1
Previous page
Next page
Start reading The Greatest Good (Garrison Chase Thriller Book 1) on your Kindle in under a minute.

4.4 out of 5 stars
4.4 out of 5
710 global ratings
How are ratings calculated?
To calculate the overall star rating and percentage breakdown by star, we don’t use a simple average. Instead, our system considers things like how recent a review is and if the reviewer bought the item on Amazon. It also analyses reviews to verify trustworthiness.

Kindle Customer
4.0 out of 5 stars Great read
Reviewed in Australia on 28 May 2018
Verified Purchase
Great story. Kept my interest all the way through. Lots of action and suspense. Would read more from this author.
Read more
Helpful
Report abuse

Greyhoundtom
5.0 out of 5 stars Fussy reader
Reviewed in Australia on 11 November 2019
Yes I am a fussy reader, and secret service CIA types of stories are not really my go. However, short of something to read, story line sounded good, and all I can say is I loved it, and basically read it in one sitting.
A great read and will not disappoint.
Read more
One person found this helpful
Helpful
Report abuse
See all reviews

Hilary
4.0 out of 5 stars Worth reading just for the humour.
Reviewed in the United Kingdom on 27 December 2020
Verified Purchase
4 stars because it's well written. No swearing. No innuendo. The things I look for (or lack of) in a good story.
It's even written in the 1st person and with a touch of self humour.
About 80% of the way through it seems to lose something. Heading towards the end it goes into an extended explanation of why everything is happening. Surely the 'baddie' would just get on with it. So this sort of detracts from the 'reality' of this type of story?
It's the first of a series so I'll give a little leeway.
I'm looking forward to the next one. Well written.
Read more
Report abuse

diana.goodview
4.0 out of 5 stars Thriller, kept me engrossed .
Reviewed in the United Kingdom on 19 February 2021
Verified Purchase
I thoroughly enjoyed this book. I couldn’t put it down. It’s an American story. In the end it made me laugh. Ended just like most thriller films with explosions , fires on a dock and a boat. The two guys at the end performed unbelievable physical feats whilst injured. Somewhat unbelievable but fun.
Read more
Report abuse

Penyfai5
5.0 out of 5 stars Enjoyable
Reviewed in the United Kingdom on 3 February 2021
Verified Purchase
Any book that grabs my attention and keeps me reading to the end will received 5 starts from me, after all if it was complete rubbish I would have given up without finishing. Good escapism which is what reading is all about.
Read more
Report abuse

Mr
4.0 out of 5 stars Enjoyable read
Reviewed in the United Kingdom on 27 February 2021
Verified Purchase
This was a good read. The first in a series with reasonably well defined characters. I found some of the plot twists a bit too far fetched but nevertheless will happily read more in the series.
Read more
Report abuse

jack scoltock
5.0 out of 5 stars Excellent story
Reviewed in the United Kingdom on 11 January 2021
Verified Purchase
Excellent story, with believable, well-drawn characters.
I loved it.
Jack
Read more
Report abuse
See all reviews
Back to top
Get to Know Us
Make Money with Us
Let Us Help You
And don't forget:
© 1996-2021, Amazon.com, Inc. or its affiliates