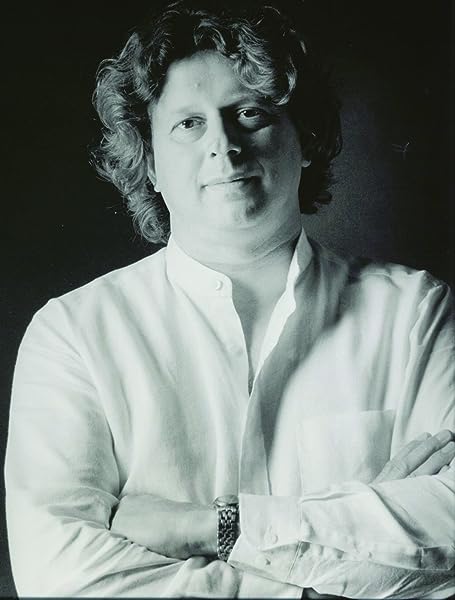 Page 1 of 1 Start overPage 1 of 1
This shopping feature will continue to load items when the Enter key is pressed. In order to navigate out of this carousel please use your heading shortcut key to navigate to the next or previous heading.
Back
Next
Start reading Great North Road on your Kindle in under a minute.

Peter F. Hamilton was born in Rutland in 1960 and still lives nearby. He began writing in 1987, and sold his first short story to Fear magazine in 1988. He has written many bestselling novels, including the Greg Mandel series, the Night's Dawn trilogy, the Commonwealth Saga, the Void trilogy, short-story collections and several standalone novels including Fallen Dragon and Great North Road.

4.4 out of 5 stars
4.4 out of 5
987 global ratings
How are ratings calculated?
To calculate the overall star rating and percentage breakdown by star, we don’t use a simple average. Instead, our system considers things like how recent a review is and if the reviewer bought the item on Amazon. It also analyses reviews to verify trustworthiness.

Amazon Customer
4.0 out of 5 stars A good read. Jumps around a bit
Reviewed in Australia on 13 January 2015
Verified Purchase
A good read. Jumps around a bit, but the flashbacks are pretty much essential to the plot. It sort of becomes obvious where the plot is heading from just over half-way through. I didn't pull any all-nighters reading it, but did have a couple of 2am sessions. Although this is subtitled "(Century of Giants Trilogy)", it stands on its own as a novel - no cliff-hanger ending and no unresolved issues with the main characters.
Read more
4 people found this helpful
Helpful
Comment Report abuse

Royal Wolf
4.0 out of 5 stars Worth a read
Reviewed in Australia on 1 October 2018
Verified Purchase
I felt it was a bit repetitive in places and dragged out at times. Good storyline and some interesting characters.
Read more
Helpful
Comment Report abuse

Ian King
4.0 out of 5 stars If anything, you'll bulk up
Reviewed in Australia on 8 November 2018
This has got to be the biggest brick I've read, I have doubled the size of my biceps and am looking great now (lol)! I've heard people grump about this book and how it could be thinned out somewhat, well it probably could but I like it just the way it is. I've heard people grump about how the police procedures could be condensed, but I found them fascinating. The story is full of information you have to hunt for to try and figure out whether this alien with the five fingered blade hand is in fact an alien, or not. I doubt you will figure it out and the journey to discover it is thoroughly enjoyable.
Yes, as per some other readers/reviewer you really need to follow Angela and her fascinating (unusually long) life. She can be pretty vocal sometimes but I think anybody would be if they were to go through some of the things she had.
The elements of crime, mystery, intrigue, horror/thriller, romance, revenge, human suffering etc., are all here and the various stories are intertwined somehow. There are characters you'll love and others you'll hate. It's a mixed bag and very little sci-fi that is not believable or otherwise too extreme. It is well balanced I think and if you have the patience to peel back its pages, I don't think you will be disappointed.

Mshell
5.0 out of 5 stars Maybe the tenth time read:))
Reviewed in Australia on 31 March 2019
This has got to be about the tenth time reading this book, and I guess I’m old enough now that I actually did forget how great it is! Was like reading a brand new Hamilton novel😮😜
Read more
Helpful
Comment Report abuse

Ben
5.0 out of 5 stars Hamilton just wins
Reviewed in Australia on 24 December 2015
4 stars for Hamilton = 5 for nearly anyone else but since this is AGAINST everyone else and I only have 5 stars to give....

Deep characters, great science and galactic scope are all there. Plot is pacey and engaging of course. This one is on a smaller scale than Nights Dawn and Commonwealth or it would be 7 stars but well worth the read.

Steve Michael
5.0 out of 5 stars Fantastic and mind boggling. Hamilton at his finest!
Reviewed in the United Kingdom on 26 August 2020
Verified Purchase
Wow. I finally got round to reading this book after owning the hard copy for so many years. And the Kindle version for a few years less. I wish I had more time to read these wonderful books more nowadays but so much to do and so little time!

Anyway onto the book itself, and it is fantastic. I expected it to be good with Hamilton as the author and it did not disappoint. Another fantastically written sci-fi / mystery / action with lots of twists and turns.

Once again the characters and the environments Hamilton creates are simply amazing. So many well thought out plot lines woven together so beautifully to a superb conclusion. Some of my favourite characters to note are Sid and Ian, Angela, Elston, Ravi, the North's (all of them).

I do not tend to go into much plot details with reviews. You can just read the book summary up above for these. But I will say this: If you like sci-fi, great character developments, massive thought provoking worlds, mind boggling technological concepts, mystery and wonder, then this book is an awesome read. Nobody does sci-fi better than Hamilton in my opinion.

This book is somewhat shorrter than his usual multi books series, but it is so well done and does not require additional content. It is superb. Read it.

LeeSouthend
5.0 out of 5 stars Sci-Fi Whodunnit with a Clever Plot.
Reviewed in the United Kingdom on 1 June 2019
Verified Purchase
I'v been enjoying Peter F Hamiltons works since I got back into reading around 4 years ago and if you've enjoyed he's other works then this is another great read. Less sci-fy than some others but with a solid (so far) plot. Short synopsis without giving anything away;
Rich powerful bloke gets murdered during investigation discovery that the crime has the hallmarks of a previous murder. Girl sentenced for the previous murder gets let out of prison still claims it was monsters that done it. Expedition sets off to look for said nasties parallel to the murder investigation taking along the accused woman. Well the deaths and disappearances are really adding up but is it monsters? the woman? PFH writes a decent whodunnit. I'v no idea so far who the culprit is and I cant wait to find out.
Read more

Harinder Bakhshi
5.0 out of 5 stars Murder mystery which explores a biological singularity, a very good read
Reviewed in the United Kingdom on 7 April 2016
Verified Purchase
I originally bought this book three years ago and have just finished re-reading it. At 1000+ pages it takes two readings to fully absorb it, it has a huge range with multiple threads across two main worlds and a few subsidiary ones. I'm giving it a 5 star rating but it could easily lose 200 pages without losing any of the action or story.

What I really like about this book is that at its heart its a murder mystery but one that seamlessly integrates with the future technology and sci-fi setting. I also like the fact its not US focussed. While there are many explorations of a technological singularity, one based on man-machine integration, downloading of souls or the like, this book is based around a biological singularity where an entire world can build to a single consciousness.

The action takes place a couple of hundred years in the future but there is enough connection to now to make it seem real. Its a world where everything is privatised, including the Police but the normal worries still exist, school, work, promotion and money. Its close enough to now that you can relate to it immediately and the technology deployed is realistic.

The technology is just there, no twisted or detailed explanations to get in the way of the plot. It also takes a 'grown up' view of politics and relationships, which I find deeper, more nuanced and more enjoyable than the usual sci-fi pulp fiction that I read.

Shel
5.0 out of 5 stars Sci-fi epic! Dont let the page count put you off, time flies when you're reading this one
Reviewed in the United Kingdom on 18 May 2020
Verified Purchase
Great North Road is my first read by Peter F. Hamilton, it was a recommendation from a friend who was reading the mammoth sized hardback at the time (honestly it looked like he struggled to get comfortable when trying read that thing during breaks at work!) and as I had just recently bought a Kindle Paperwhite I thought I'd go for my first long read on the reader. As a northerner myself the opening set around a future Newcastle got me hooked and I finished Great North Road in a week, which considering the page count probably speaks volumes of how much I thought of this one. Part sc-fi cop procedural, part who dunnit, part sci-fi adventure Hamilton takes all these elements and blends them perfectly into a epic page turner. Highly recomended.
Read more
Report abuse

a customer
5.0 out of 5 stars Big, Complex but good
Reviewed in the United Kingdom on 12 September 2013
Verified Purchase
This is massive, complex science fiction novel with a variety of intertwined stories.  To keep up the reader needs to pay close attention to the plot.  Hey, it's another Peter F Hamilton novel!!

Having said that, and it's true there are a large number of characters, but these can be whittled down to a more manageable handful, as a lot of them are just background plot fillers and don't have much characterisation.   The story itself revolves around four major plotlines, a cop in Newcastle investigating a strange murder, a mysterious woman released from prison, a shop owner on a colonised planet and an undercover agent from a biosphere orbiting Jupiter, and yes they all converge eventually.

There are all the usual Hamilton touches, such as technologically and biologically enhanced humans, Faster than light travel, distant colonised planets, coupled with fantastical descriptions, thrilling set pieces as well as constructing complex, sometimes mundane,  plotlines.

If you like your science fiction big, then Peter is your man, and I would recommend this novel, but put aside at least 6 weeks of your life.
Read more
2 people found this helpful
Report abuse
See all reviews
Get FREE delivery with Amazon Prime
Prime members enjoy FREE Delivery and exclusive access to movies, TV shows, music, Kindle e-books, Twitch Prime, and more.
> Get Started
Back to top
Get to Know Us
Make Money with Us
Let Us Help You
And don't forget:
© 1996-2020, Amazon.com, Inc. or its affiliates