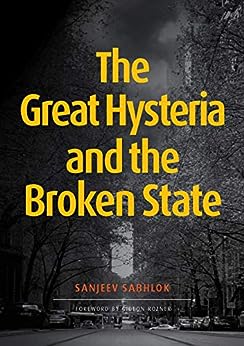 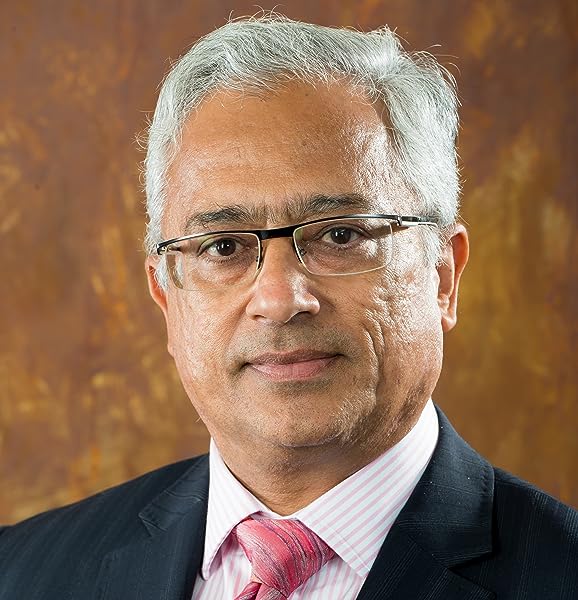 The Great Hysteria and The Broken State Kindle Edition

Franck
4.0 out of 5 stars Lockdowns are crimes against humanity on a massive global scale.
Reviewed in Australia on 15 October 2020
Nothing like a government insider to see how the tactics worked out.

Dr Sabhlok is a senior economist at the Victorian Treasury who quit in protest after he was ordered to remove social media posts critical of the Government's lockdown strategy.

This is definitely not a politicised work (Dr Sabhlok voted Labour at the last election). This is more about explaining the broken decision-making process within the government for example, no cost benefit analysis had been provided to the public.

You’ll learn that the Victorian government had a nuanced, proportionate and fit-for-purpose pandemic response plan but decided to abandon it when things heated up.

You’ll also learn about the number of covenants and laws that have been (allegedly) breached in the process.

“Lockdown is a new invention of 2020. Every country had prepared pandemic plans. Except for Sweden, all the countries threw it out of the window when Covid-19 arrived. Basic public health practice was ignored.” (Professor Martin Kulldorff - Harvard Medical School)
Read more
2 people found this helpful
Helpful
Report abuse

Cameron Murray
5.0 out of 5 stars Common sense prevails in this book
Reviewed in Australia on 22 October 2020
Early 2020 was a crazy time for experts on economics and health policy. Years of experience and research was thrown out in the panicked response to the scary new virus. The author here describes exactly how scientific process was thrown out and, in a great act of doublespeak, totalitarian policy measures were enacted and then marketed as "based on the science". While this book focusses on Australia and especially Victoria, the lessons are global, as the panic has been. The economic, political and social risks of the huge growth in discretionary government powers should concern people. I have personally expected a return to sanity amongst government globally after the initial first wave scare. But so far (as of Oct 2020) this doesn't seem to be the case, and second wave lockdowns look likely in many places. I don't know when the mass hysteria will end, but I hope that in the decades to come that my children and grandchildren learn from this episode the social risks that come when power is mixed with panic and fear.
Read more
One person found this helpful
Helpful
Report abuse

Miklos Roth
TOP 1000 REVIEWER
5.0 out of 5 stars The Great Hysteria.......
Reviewed in Australia on 11 January 2021
Brilliant book, we need more courageous people like this author! I would force all government members including public servants to read this book immediately or jail!!!
Read more
Helpful
Report abuse

Royal Gulliver
5.0 out of 5 stars Calling all Victorians: We have ourselves a hero!
Reviewed in Australia on 21 October 2020
All I kept saying was “Yes Sanjeev, you nailed it! You nailed it!” You have stood up to the tyranny - and I feel the strength to stand up too. Sanjeev, your book gave me courage to call for justice - and a ferociousness to see it come to pass. Thank you for standing up for your Victorian family! Calling all Victorians - we have ourselves a hero!
Read more
Helpful
Report abuse

DH
5.0 out of 5 stars Extremely informative
Reviewed in Australia on 28 October 2020
Succinct and sticking to the facts, I found this to be an easy to read expose of what is happening in Victoria. It raises many questions and I hope it is widely read and the issues acknowledged. It is well referenced and questions many facets of the problems we are experiencing.
Read more
Helpful
Report abuse
See all reviews

Flat earth Christian
5.0 out of 5 stars Makes sense!
Reviewed in the United Kingdom on 4 December 2020
Verified Purchase
This is a good view of the crazy irrational events occurring.
He explains the virus is not as lethal as presented, adversely affecting mainly the very elderly and the already ill, and lockdowns have never been suggested as a means of dealing with pandemics. He points out there has never been a cost benefit analysis.
What he does not consider is who is doing this and why?
Obviously 99.9% of the rich and powerful do Not want this.

The answer is spiritual.
We deal not with flesh and blood but with spiritual forces in high places.
But the truth is this is all spiritual and judgment from God prior to the return of Jesus. God hid himself from this wicked world that has always rejected it's righteous maker. The devil and his tares are a curse and hammer on a wicked world and God holds the hammer. But God knows all hearts and will render to each person according to their ways.
The just are in the book of life and will be resurrected in the future world which Jesus saved.
Read more
Report abuse
See all reviews
Back to top
Get to Know Us
Make Money with Us
Let Us Help You
And don't forget:
© 1996-2021, Amazon.com, Inc. or its affiliates