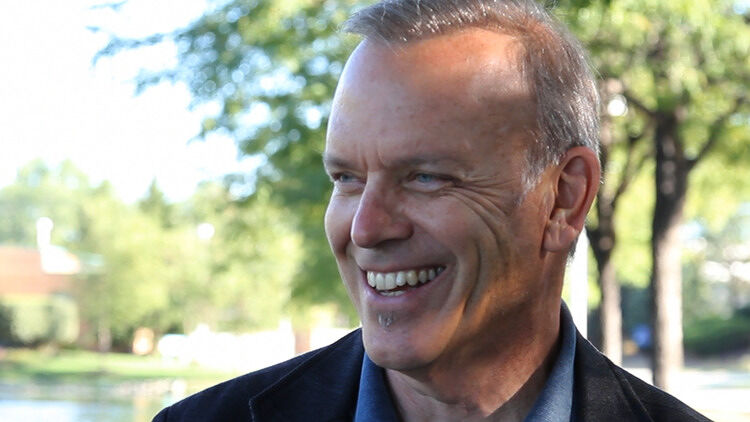 "In the growing stack of books dealing with gospel, church, and postmodernity, many are popular and pragmatic. Others are esoteric and abstruse. A few are scholarly, penetrating, and full of rich, practical implications. David Fitch's is in that rare category. Drawing from Lindbeck, MacIntyre, Hauerwas, Radical Orthodoxy, and his own extensive experiences and scholarship, Dr.Fitch offers an important work for evangelicals who seek hope for the church beyond pragmatics and culture wars."

Toward an evangelical postmodern ecclesiology

Has the contemporary evangelical church given away much of what it means to be the body of Christ? Indeed it has, argues David Fitch. The North American church has largely conceded its unique calling by relinquishing traditional church functions and adopting modern methods. As a result, the church's role in spiritual formation, leadership, worship, and other essential functions has become barely distinguishable from other societal institutions.

The Great Giveaway examines the many practices of the church, details how each has been compromised by modernity, and offers suggestions for how the church might recover these practices in a biblically faithful manner.

David E. Fitch (PhD, Northwestern University) is the B. R. Lindner Chair of Evangelical Theology at Northern Seminary and the cofounder of Missio Alliance. He is the founding pastor of Life on the Vine Christian Community, a missional church in the northwest suburbs of Chicago, and is currently on the pastoral staff at Peace of Christ Church in Westmont, Illinois. Fitch writes and speaks extensively about issues facing the church. He has written for Christianity Today, Outreach, and Catalyst and is the author of numerous books, including Faithful Presence and The Great Giveaway.
Read more

Auslander
3.0 out of 5 stars Interesting ideas, concerning foundations
Reviewed in the United States on 24 November 2018
Verified Purchase
I am so torn over this book. As another reviewer mentioned, there are a number of things that I found myself in violent agreement with; there are other things - generally the intellectual buttresses supporting the conclusions - that I thought unsound and contradictory.

I did not know anything about Fitch one way or another going into the book; I am no sycophant or axe-grinder here.

As simply as I can understand it, Fitch's concern is over a Church that is increasingly irrelevant as it unwittingly became bound to certain methods (and method itself) that resonated during the era of "modernity." As, according to him, we are in a transition period between modern and postmodern, the modernists with their emphases on method are no longer relevant to the postmodernists, with their emphasis on... uh... feelings? impressions? beauty? and other such 'state-of-mind,-man' intangibles. The Church needs to learn that it's a brave new day with new sorts of people who think completely differently than the old sorts of people. The answer is not a new method, but to not really have a method, but learn to communicate and reach postmoderns, and do so without a method, but, well, by following suggestions contained in the book which sound an awful lot like methods, but they aren't methods, they're how the Church always was supposed to be, but everyone has forgotten it, and it's taken postmodern thought to show us.

If that sounds confusing, well, you are probably just too much of a modernist.

Anyway, gentle ribbing aside, let me get right to some brief reactions.

The Good: Fitch condemns a lot of stuff that needs condemning. The lazy, self-indulgent, hyper-individualist tendencies of large swathes of the modern Church are called out. Absolutely fair. Fitch is probably the only modern author I'm aware of who makes a compelling case against "parachurch" organizations and the complacency they breed in local churches. He points out the fact that in many churches, 1 Timothy standards for elders strangely seem to give way to the monied and studied (by secular standards).

The Annoying: Toot toot! All aboard the broad-brush express. Fitch often gathers all of evangelicalism up in the word "we," and it really got me thinking - what churches has he been spending time in? Evangelicalism is a huge, huge tent - it is so big that it simply can't be handled as one entity. There are huge, Christianity-lite sorts of megachurches on one end, and small simple groups like Orthodox Presbyterian Church on the other. The "we need to" started wearing on me after a while.

Also Annoying: Fitch constantly was citing a small bevy of postmodern philosophers who have clearly captured his imagination. This actually led to:

The Dangerous: "Expository preaching reinforces the idea that meaning can be distributed as one more of the many goods and services available." Okay, no. Chapter 5 was really where this book fell on its face in terms of contradictions. Fitch proposes against propositions, exposits against exposition, overthrowing his own position. The bottom line here is that Fitch is more postmodern than historically Christian in his analysis, because the Scriptures are themselves propositional in nature. Perhaps Fitch would like to inform the Almighty that He really should have *demonstrated* His Word rather than wrote it in stuffy, dry propositions that are so difficult for postmodern people to relate to.

All that is not to say the Church should not demonstrate love and charity in its ranks - of course it should! But preaching of propositional truth from Scripture is paramount because it is the primary means God uses to change individual minds. Like it or not, community is comprised of individual minds and individual minds must be changed individually. If Fitch simply said that expository preaching is the beginning of the Church's "sermon" - it is more than that, but certainly not less - then all would be well and good. Certainly there is such a thing as a dry repetition of facts. But really, what is dry? The facts, or the hearers? I'd say the latter. Both hearing the preached Word in its context AND an emphasis on taking those principles and manifesting them into charity in the community is needed.

All in all, I still give the book 3 stars because it calls out a lot of things that I do believe need calling-out. I think Fitch is a guy who clearly loves the Lord and loves His Church. I think he's wrong on a lot, and right on a lot. I was left feeling like I just read Ayn Rand at the end of it - a lot of tiresome philosophy that maybe 9 people care about who write in each others' books, and some good conclusions, but with indefensible premises to support them.
Read more
2 people found this helpful
Report abuse

Rodger C. Niemeier
5.0 out of 5 stars Blind Spots
Reviewed in the United States on 29 October 2016
Verified Purchase
Every Christian and Christian minister should read this! It is always hard to see the compromises in yourself, your church, your Christian organization/denomination, etc. - how the influences of your own culture have infiltrated your "faith"; easier to see in others. This reminded me of when I did missionary anthropology studies about Native People and their cultures (years ago), and as a result actually had clearer recognition of my own American cultural influences in my Christianity. This is important to realize, and this book greatly helps in realizing our "blind spots". If we are concerned to be sure that we are presenting a "pure" Gospel, then facing these influences is crucial - something the American Church desperately needs to do!
Read more
Report abuse

Brian Houghtaling
5.0 out of 5 stars Blesses Both the Church and the Reader
Reviewed in the United States on 29 December 2005
Verified Purchase
I hope that "The Great Giveaway" will become required reading for anyone who is interested in helping the church regain its role in transforming lives. In this text, Dr. Fitch provides many well researched and hope filled suggestions on how the church can play a vital role in helping us become faithful to Jesus Christ in life and mission. Much of the text emphasizes how the church can be made relevant for persons with a postmodern worldview, however, this book is much more then a guide to setting up a postmodern church. This book helped provide answers to one of my most vexing questions; Why do many lifestyle statistics show very little difference between the churched and the unchurched?

Dr. Fitch provides convincing evidence that American culture has increasingly supplanted the relevance of the evangelical church. The church reflects this culture in so many ways that its ability to do its part to transform lives is diminished and increasingly suspect.

Dr. Fitch didn't just point out the problems; he blessed me with a renewed desire for community and for doing my part to help the church regain its relevance in the world.
Read more
4 people found this helpful
Report abuse

Jeff Morton
5.0 out of 5 stars Full of good insights and questions
Reviewed in the United States on 30 March 2016
Verified Purchase
Provocative. Full of good insights and questions. I didn't agree with everything the author wrote, but it's an excellent read for folks who want to think through the issues that surround the church of the twenty-first century
Read more
One person found this helpful
Report abuse
See all reviews
Back to top
Get to Know Us
Make Money with Us
Let Us Help You
And don't forget:
© 1996-2021, Amazon.com, Inc. or its affiliates