Grave Apparel: A Crime of Fashion Christmas Mystery and over 1.5 million other books are available for Amazon Kindle . Learn more
Share <Embed> 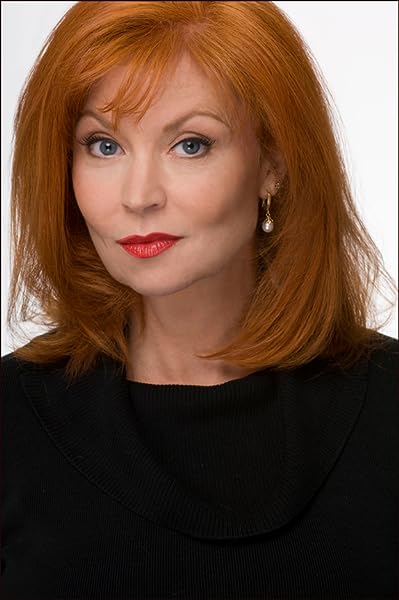 Page 1 of 1 Start overPage 1 of 1
Previous page
Next page
Start reading Grave Apparel on your Kindle in under a minute.

Amazon Customer
5.0 out of 5 stars Christmas Crime of Fashion
Reviewed in the United States on 29 February 2008
Verified Purchase
"Grave Apparel" is the fourth book in this mystery series about Lacey Smithsonian, a newspaper fashion reporter who works for "The Eye Street Observer" and who seems to follow her fashion sense nose into some weird and wonderful murder mysteries. Lacy is fortunate, she is an attractive career woman, she has good friends, and she has a glamorous vintage wardrobe, stored in a wonderful old trunk and inherited from her aunt. All this and more: Lacy also has a handsome ex lawman, turned security expert, for a lover, and he is also RICH!

However, Lacy yearns to be a "real" reporter not just a fashion editor, and because of this, she has previously placed herself in situations where she has had to confront cold-blooded killers to solve mysteries. However, after several close calls, she is reluctant to do so ever again.

But...this is the Christmas season and once again Lacey stumbles on a crime. Lacy gets placed in the middle of the battle between mother earth, anti-materialism editor Cassandra Wentworth, and the food editor Felicity Pickles. Cassandra is attacked in an alley during the Eye Street Observer's holiday party and Felicity's Christmas sweater is left at the scene. Lacey comes to Cassandra's help after a phone call from a young child dressed in a shepherd robe who witnessed the attack and who runs away before talking to the police. Despite her reluctance to get involved since she dislikes both women, Lacey is pressured into investigating by nearly everyone at the Eye, and because a child is involved as a witness, and the police seem determed to place the guilt on this young boy, Lacy decides to investigate the crime. Once again, her detective boyfriend Vic, her free-spirited friend and hairstylist Stella, and her lawyer/friend conspiracy theorist Brooke, help Lacey to solve the crime.

The Author, Ellen Byerrum's experience as a Washington DC journalist, shines through and helps to make this a fun and facinating series.

MichelleB
5.0 out of 5 stars great story, well written
Reviewed in the United States on 24 August 2008
Verified Purchase
I've enjoyed all of Ellen Byerrum's "Crime of Fashion" series and I think that they have gotten better with each book, a rare thing among series mysteries! "Grave Apparel" is no exception, I liked it a lot and I think everything about it was well done. The story is set at Christmas, but it doesn't have that "Christmas episode" throw away feel to it. The holidays are integral to the story and provide a funny episode as a start of the mystery plot.

The bit of Lacey's life in this story is set mostly in the newsroom of her paper, the Eye Street Observer. I liked the further development of some of her colleagues that the setting gave. I also was happy for a break from Stella the stylist, who makes only a brief appearance. Vic's Mom looks to be a great addition to the cast of characters too.

I was happy that Byerrum avoided her plot device of Lacey attending a big ball or other high social event as the ultimate "discover and confront" the bad guy venue. It had become predictable. There is still plenty of opportunity for Lacey to dig into her trove of vintage apparel and the Observer's holiday party is a grand event, Lacey just doesn't reduce anyone to a bloody pulp at it!

"Grave Apparel" is a great story and it is very well-written. For genre fiction it is less shallow both in content and in character and plot development than many others on the market. I'd recommend all in the series!
Read more
One person found this helpful
Report abuse

Anne Keeter
4.0 out of 5 stars Best Lacey story ... So far!
Reviewed in the United States on 25 August 2017
Verified Purchase
I'm a sucker for Christmas stories where everything seems to go wrong for the protagonist. Lacey is obviously responsible for the happiness of all her coworkers plus that of her so-called friends (with friends like these, who needs enemies). Fortunately, in this book, Lacey meets a street-wise little girl who's more mature than her (Lacey's) selfish friends and treats Lacey with a lot more respect.
Lacey discovers more understanding of children that she thought she had ... And still manages to get her fashion column in on time, catching the killer and scoring a great new car along the way.
Read more
Report abuse

Kindle Customer Karin M
5.0 out of 5 stars Delightful!
Reviewed in the United States on 14 August 2015
Verified Purchase
These books are delightful. Ms Byerrum's combination of fashion, murder and possible conspiracies keep the reader guessing as well as entertained throughout. I hope she keeps this series going for a long time.
Read more
Report abuse
See all reviews
Get FREE delivery with Amazon Prime
Prime members enjoy FREE Delivery and exclusive access to movies, TV shows, music, Kindle e-books, Twitch Prime, and more.
> Get Started
Back to top
Get to Know Us
Make Money with Us
Let Us Help You
And don't forget:
© 1996-2020, Amazon.com, Inc. or its affiliates