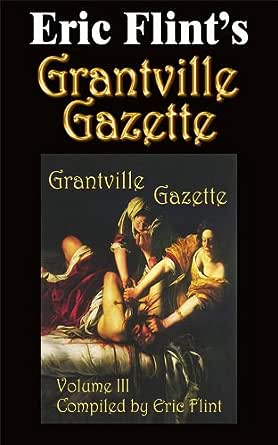 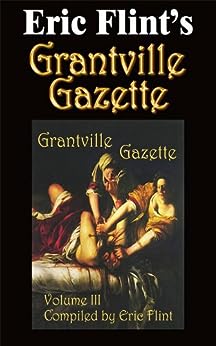 This kindle edition of the Grantville Gazette is derived directly from the on-line edition at http://www.grantvillegazette.com.

It is different than the editions provided by Baen and webscriptions, has somewhat different content and different formatting.

As always with anything related to 1632, it is provided entirely without DRM of any kind. We hope you enjoy it.

If you aren't familiar with the Grantville Gazette, some background may be in order:

The Grantville Gazette originated as a by-product of the ongoing and very active discussions which take place concerning the 1632 universe I created in the novels 1632, 1633 and 1634: The Galileo Affair (the latter two books co-authored by David Weber and Andrew Dennis, respectively). This discussion is centered in one of the conferences in Baen's Bar, the discussion area of Baen Books' web site (www.baen.com). The conference is entitled "1632 Tech Manual" and has been in operation for almost five years now, during which time over one hundred thousand posts have been made by hundreds of participants.

Soon enough, the discussion began generating so-called "fanfic," stories written in the setting by fans of the series. A number of these, in my opinion, were good enough to be published professionally. And, indeed, a number of them were—as part of the anthology Ring of Fire, which was published by Baen Books in January, 2004. (Ring of Fire also includes stories written by established authors such as myself, David Weber, Mercedes Lackey, Dave Freer, K.D. Wentworth and S.L. Viehl.)

The decision to publish the Ring of Fire anthology triggered the writing of still more fanfic, even after submissions to the anthology were closed. Ring of Fire has been selling quite well since it came out, and I'm putting together a second anthology similar to it which will also contain stories written by new writers. But, in the meantime . . . the fanfic kept getting written, and people kept nudging me—okay, pestering me, but I try to be polite about these things—to give them my feedback on their stories. The problem, from my point of view, was that that involved work for me with no clear end result I could see.

Now, beginning in 2011, the Gazette is available in a variety of Electronic Publishing editions, including this one.
click to open popover

Sir Kevin
5.0 out of 5 stars Five Stars
Reviewed in the United States on 28 December 2014
Verified Purchase
If it's Ring of Fire I can't wait!
Read more
Helpful
Sending feedback...
Thank you for your feedback.
Sorry, we failed to record your vote. Please try again
Report abuse