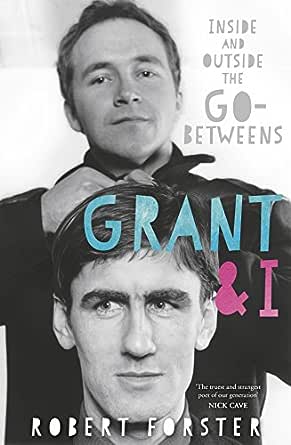 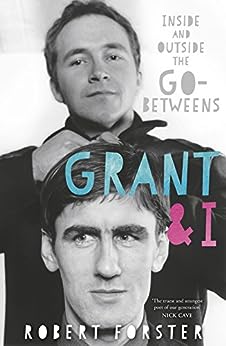 Grant & I: Inside and Outside the Go-Betweens Kindle Edition with Audio/Video

Grant & I is the story of the friendship and collaboration of Grant McLennan and Robert Forster, who gave Australia The Go-Betweens, one of our best and most influential bands. It was named Book of the Year 2017 by Mojo and Uncut magazines. --This text refers to the paperback edition.

Robert Forster is a Brisbane-born and based musician and writer. In 1978 he co-founded with friend and fellow singer-songwriter Grant McLennan the internationally acclaimed rock band The Go-Betweens. They released nine albums during their career; their sixth, 16 Lovers Lane, was placed at twelve on The Hundred Best Australian Albums list, and their last, Oceans Apart, won the 2005 ARIA award for Best Adult Contemporary Album. In 2006 McLennan passed away, and four years later Brisbane honoured the cultural influence of the band by naming a new river bridge the Go Between Bridge. In 2015 Forster curated the box set G Stands for Go-Betweens Volume 1 1978-84, and released his first solo album in seven years, Songs to Play, to strong reviews. This enabled him to recommence touring, which he does to the present day.

A parallel career began for Forster in 2005, when he was appointed music critic for The Monthly. A year later he won the Geraldine Pascall Prize for this writing; and a collection of his journalism, The 10 Rules of Rock and Roll, was successfully published in 2009, with a revised edition appearing in the UK two years later. Forster left The Monthly in 2013 to devote more time to writing his memoir, Grant and I. In 2015 Forster's alma mater, the University of Queensland, awarded him an honorary Doctor of Letters. --This text refers to the paperback edition.

4.6 out of 5 stars
4.6 out of 5
51 global ratings
How are ratings calculated?
To calculate the overall star rating and percentage breakdown by star, we don’t use a simple average. Instead, our system considers things like how recent a review is and if the reviewer bought the item on Amazon. It also analyses reviews to verify trustworthiness.

Miss Prudence
3.0 out of 5 stars Dave explained it
Reviewed in Australia on 31 July 2019
Verified Purchase
I am a huge Go Betweens fan, followed them always. But this book got me hating them half way through- well namely Grant and Robert was pissing me off like nobody’s business. Then a month or two ago I caught a Dave Graney gig, who explained it all : Everything for Robert is
Legendary. Not necessarily a bad way to live and a good tune of Dave’s!

Amazon Customer
5.0 out of 5 stars Diving For Your Memiry
Reviewed in Australia on 27 August 2016
Verified Purchase
A must read for any Go-Betweens fan. Well written and very insightful. A touching story about two best friends who dared to dteam. RIP Grant.
Read more
Helpful
Comment Report abuse

Josh Healy
5.0 out of 5 stars The book everyone's been waiting for
Reviewed in Australia on 2 October 2016
This is a lovely book. The story of a friendship in all its stages, written with the fondness, wisdom and lightness of touch that are familiar from Robert Forster's recent music criticism.
Read more
Helpful
Comment Report abuse
See all reviews

Mr. P. M. Giblin
4.0 out of 5 stars Eye opener
Reviewed in the United Kingdom on 7 December 2017
Verified Purchase
Robert is an excellent writer, but if you are a Go-Betweens fan you knew that anyway
However you probably didn't know a lot of the things this book tells you... essential therefore for anyone who likes the band or wants to remember seemingly more innocent times, which weren't.
It's 4 rather than 5 stars cos I have the feeling Robert may be keeping some secrets back. But after all, that's what friends are for....

svear
3.0 out of 5 stars Nice if you know the band...very well written
Reviewed in the United Kingdom on 10 December 2019
Verified Purchase
A very good book about ... well, what it says on the cover. Robert and Grant's relationship as part of the Go-Betweens. Nice for fans like myself. Probably uninteresting for others, though they would never read it anyway!
Read more
One person found this helpful
Report abuse

Alphabet Street
5.0 out of 5 stars Essential reading for anyone who loved this band.
Reviewed in the United Kingdom on 8 September 2019
Verified Purchase
A well-written account of (in my opinion) the greatest songwriting partnership of my generation. Very touching in parts, slightly harrowing in others, but above all the story of a lifelong friendship. Reading this book directed me back to my Go-Betweens collection, as well as both Robert and Grant's solo recordings.
Read more
One person found this helpful
Report abuse