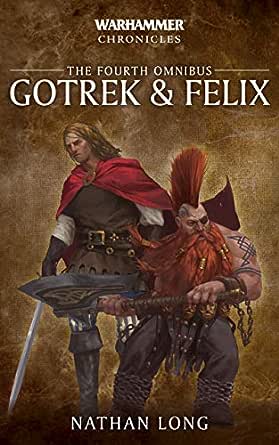 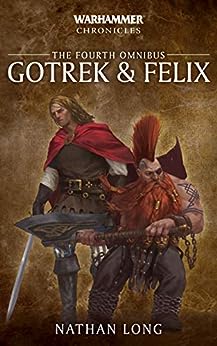 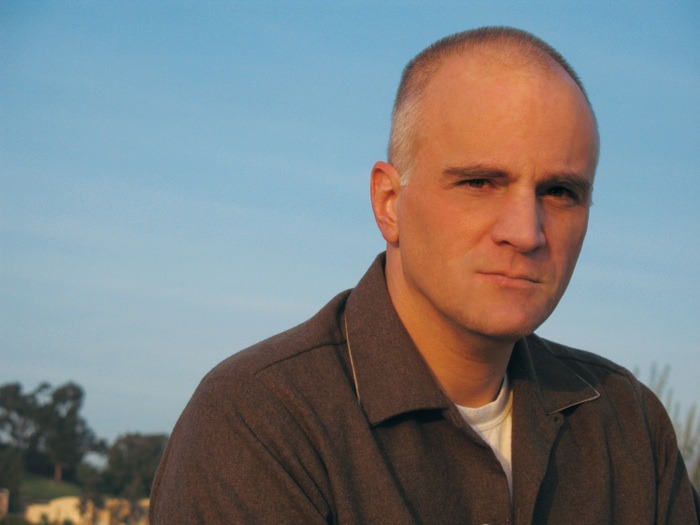 In a fourth omnibus of fantasy adventures, the heroic duo of Gotrek and Felix face horrors on the high seas, darkness in the heart of the forest and a terrifying night besieged by the walking dead.

READ IT BECAUSE
Three more novel-length adventures for the most renowned heroes of the world-that-was give you more insights into their strange friendship and a wry look at the world of Warhammer.

DESCRIPTION
Gotrek and Felix: unsung heroes of the Empire, or nothing more than common thieves and murderers? The truth perhaps lies somewhere in between, and depends entirely on who you ask…

Captured by dark elves and imprisoned in a terrifying Black Ark, Felix must forge a fragile alliance of prisoners and incite rebellion. Back on dry land, Gotrek and his companion are drawn into a frantic battle against monstrous beastmen in the heart of the Empire’s forests. And trapped in a fortress under siege by the restless dead, commanded by the sinister Heinrich Kemmler and the mighty Krell, the heroes must unite the fractious defenders if they are to live to see the dawn.

Nathan Long hails from Los Angeles, California, where he began his career as a screenwriter in Hollywood. He has written a wide selection of Warhammer fantasy novels, including the Blackhearts trilogy and the adventures of Ulrika the vampire. To many fans, he is best known for his work on the hugely successful Gotrek & Felix series, including five full-length novels and the first Black Library fantasy audio drama, Slayer of the Storm God.
click to open popover

Joseph
5.0 out of 5 stars Mostly a (good) collection of previously published material.
Reviewed in the United Kingdom on 5 April 2013
Verified Purchase
Gotrek and Felix addicts may be disappointed by the fact that there is virtually no new material in this omnibus.

Foolishly I ordered this book expecting it to contain new material. However, since the stories it does contain are all very good, I think it is still worth 5 stars - as long as you are aware of what you are (and are not) buying!

There is no need to review the content here, since most of it has already been reviewed elsewhere, except to say that the stories are all great and well worth the price if you haven't read them already. The 30 page short story added by Nathan Long called "Slayer of the Storm God" is a direct follow on from "Elfslayer", and is well written even if a little too short.

Mark F.
5.0 out of 5 stars Fat and happy
Reviewed in the United States on 29 April 2013
Verified Purchase
This much writing at this price? Definitely worth every penny for a book this fat. Oh, and it's really good too. Elfslayer had a different feel than some of their other adventures which was enjoyable. Shamanslayer and Zombieslayer flowed together as two connected stories in a way that left me hooked in the book until I finished it. The short stories tossed in were very well done too.

I've read all the other Felix and Gotrex Omnibus' and this one is a must read. If you haven't read any of the books yet, this series is a must read for any fantasy fan. Felix and Gotrex are great characters and while the third omnibus seemed to stray a little from the character's true personalities, this set seemed to bring back the epic adventure scale of the first and second omnibus.

SapphireandIron
4.0 out of 5 stars Small Text
Reviewed in the United States on 4 December 2019
Verified Purchase
The text is small. Hard to read with my aging eyes. Please make the text larger in any future books? I love the story.
Read more
Helpful
Sending feedback...
Thank you for your feedback.
Sorry, we failed to record your vote. Please try again
Report abuse

Shayla Williams
4.0 out of 5 stars Wait, what?
Reviewed in the United States on 21 April 2013
Verified Purchase
Apparently, they disappeared for ten years somewhere in the storyline, and my husband does not remember that. He's not sure he wants to reread all of the other books to try and figure out what he missed, so he is finding the story a bit confusing and frustrating.

Other than that, he LOVES these books, and asks me to preorder them whenever he hears a new one is on the way.

christopher mansfield
5.0 out of 5 stars Great reprint at affordable price
Reviewed in the United States on 26 November 2019
Verified Purchase
I've been waiting for this to come out for awhile I was not going to pay the huge price that the original 4th omnibus wanted. This is a must if you have the other 3 already
Read more
Helpful
Sending feedback...
Thank you for your feedback.
Sorry, we failed to record your vote. Please try again
Report abuse

The Bruce
4.0 out of 5 stars Fine Bone-Crushing Action
Reviewed in the United States on 14 May 2013
Verified Purchase
I'd read the first story previously, but the other two novellas & the short stories were all new to me. Shamanslayer & Zombieslayer were both outstanding entries in this series, particularly the latter. I'm looking forward to reading more of their adventures!
Read more
One person found this helpful
Helpful
Sending feedback...
Thank you for your feedback.
Sorry, we failed to record your vote. Please try again
Report abuse

RonStock
4.0 out of 5 stars GOTREK & FELIX kick a$$
Reviewed in the United States on 24 July 2013
Verified Purchase
Love the stories but wish they would of printed this in the old style covers... this one doesn't match my other three Omnibus volumes
Read more
4 people found this helpful
Helpful
Sending feedback...
Thank you for your feedback.
Sorry, we failed to record your vote. Please try again
Report abuse

Matt C
5.0 out of 5 stars The saga continues
Reviewed in the United States on 20 February 2014
Verified Purchase
These collections are the best way to read the saga of Gotrek and Felix. The content to price ratio can't be beaten. Why buy 3 novels when you can buy one collection for only slightly more than an individual book?
Read more
Helpful
Sending feedback...
Thank you for your feedback.
Sorry, we failed to record your vote. Please try again
Report abuse