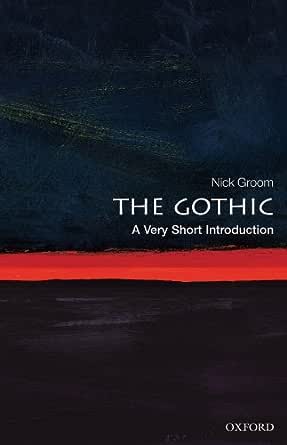 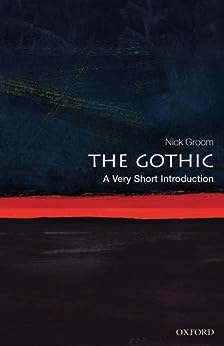 The Gothic is wildly diverse. It can refer to ecclesiastical architecture, supernatural fiction, cult horror films, and a distinctive style of rock music. It has influenced political theorists and social reformers, as well as Victorian home décor and contemporary fashion. Nick Groom shows how the Gothic has come to encompass so many meanings by telling the story of the Gothic from the ancient tribe who sacked Rome to the alternative subculture of the present day.

This unique Very Short Introduction reveals that the Gothic has predominantly been a way of understanding and responding to the past. Time after time, the Gothic has been invoked in order to reveal what lies behind conventional history. It is a way of disclosing secrets, whether in the constitutional politics of seventeenth-century England or the racial politics of the United States. While contexts change, the Gothic perpetually regards the past with fascination, both yearning and
horrified. It reminds us that neither societies nor individuals can escape the consequences of their actions.

The anatomy of the Gothic is richly complex and perversely contradictory, and so the thirteen chapters here range deliberately widely. This is the first time that the entire story of the Gothic has been written as a continuous history: from the historians of late antiquity to the gardens of Georgian England, from the mediaeval cult of the macabre to German Expressionist cinema, from Elizabethan Revenge Tragedy to American consumer society, from folk ballads to vampires, from the past to the
present.

ABOUT THE SERIES: The Very Short Introductions series from Oxford University Press contains hundreds of titles in almost every subject area. These pocket-sized books are the perfect way to get ahead in a new subject quickly. Our expert authors combine facts, analysis, perspective, new ideas, and enthusiasm to make interesting and challenging topics highly readable.

Professor Nick Groom is Chair in English at the University of Exeter, Cornwall Campus, and Director of ECLIPSE: the Exeter Centre for Literatures of Identity, Place, and Sustainability. He has published widely for both academic and popular readerships, and is the author and editor of many books, most recently The Forger's Shadow (2002), Thomas Chatterton: Selected Poetry (2003), and The Union Jack (2006).
click to open popover

Joshua Valin
5.0 out of 5 stars Excellent review of how this widely used term has been applied over time
3 November 2015 - Published on Amazon.com
Verified Purchase
This is a very thoughtful introduction to a term whose meaning has been spread around a lot throughout English language history, as Professor Groom explains. Going all the way back to the Gothic tribes who overran the Roman Empire, he traces the various applications the term has been given at different times in British politics, European architecture, a literary genre, a musical movement, etc. If you're curious about one or more of these applications, then this book is for you.
Read more
2 people found this helpful

Perle des Antilles
5.0 out of 5 stars Hard to put down
24 August 2019 - Published on Amazon.com
Verified Purchase
Remarkably absorbing. First chapter a bit of a slog, inevitable since the author is delving into the earliest mentions in history (Ostrogoths, Visigoths, etc.) After that I found each chapter got more and more interesting. Wish it were longer.
Read more

Amazon Customer
5.0 out of 5 stars The dark side of us all, the "gothic" ?
6 April 2015 - Published on Amazon.com
Verified Purchase
A short overview of what " gothic " was and what " gothic " is. It motivates me to reread, reevaluate the 18th.cent. novels I read so many years ago .
Read more
3 people found this helpful
Go to Amazon.com to see all 7 reviews 4.4 out of 5 stars
Get FREE delivery with Amazon Prime
Prime members enjoy FREE Delivery and exclusive access to movies, TV shows, music, Kindle e-books, Twitch Prime, and more.
> Get Started
Back to top
Get to Know Us
Make Money with Us
Let Us Help You
And don't forget:
© 1996-2020, Amazon.com, Inc. or its affiliates