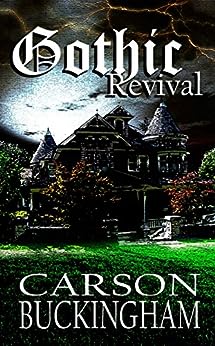 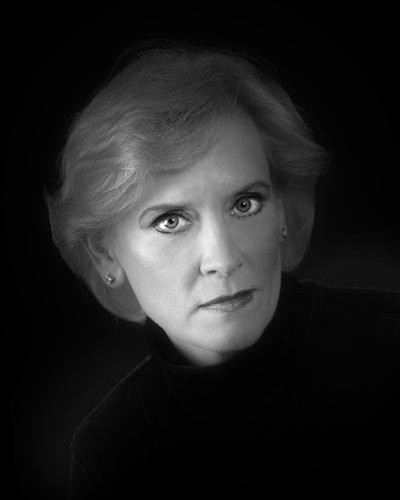 by Carson Buckingham (Author), Bob Freeman (Illustrator), Gloria Bobrowicz (Editor) & 0 more Format: Kindle Edition
See all formats and editions
Sorry, there was a problem loading this page. Try again.
Alex and Leo Renfield are a husband and wife contractor team who’ve recently moved to the village of Woodhaven, Connecticut to escape the chaos of life in New York. Pretty close to broke, they meet Theodora Hamilton, a somewhat unsavory and odd individual, who offers them an astronomical amount of money to repaint the first floor of her family home.

But along with the huge paycheck comes a set of unsettling rules that must be followed explicitly if they are to accept the offer; one of which is they must reside on the property having no direct contact with the outside world until the job is complete.

Is Theodora Hamilton just an eccentric woman with a peculiar way of doing things, or is there a more sinister agenda that Alex and Leo are unaware of? What exactly does she have in store for this down-on-their-luck couple who have no choice but to accept the offer and the strange requirements that come along with it?
Read more
Previous page
Next page

Carson Buckingham knew from childhood that she wanted to be a writer and began, at age six, by writing books of her own, hand-drawing covers, and selling them to any family member who would pay (usually a gumball) for what she referred to as “great literature.” When she ran out of relatives, she came to the conclusion that there was no real money to be made in self-publishing, so she studied writing and read voraciously for the next eighteen years, while simultaneously collecting enough rejection slips to re-paper her living room…twice.

When her landlord chucked her out for, in his words, “making the apartment into one hell of a downer,” she redoubled her efforts, and collected four times the rejection slips in half the time, single-handedly causing the first paper shortage in U.S. history.

But she persevered, improved greatly over the years, and here we are.

Carson has been/is a professional proofreader, editor, anthologist, newspaper reporter, copywriter, technical writer, novelist, short story writer and comedy writer. She prefers fiction writing above all, since fiction, ultimately, is where the truth is. Her novels and short stories fall under the horror subgenres of dark fantasy (think Poe, not swords and sorcery) and paranormal suspense and are meant to chill the reader without blood and guts and veins in the teeth.

Her blog is at http://carsonbuckingham.blogspot.com/ and though she is a horror writer, Carson's blog is humorous (she hopes) with commentary on life's absurdities updated each week in THE WEEKLY RANT. THE CAPTIONED PHOTO OF THE DAY is there, too, along with the HORROR-SCOPES and even shots of her garden in Arizona. You can also find out about what she's up to in the world of dark fantasy in the BOOK BLURBS and CARSON'S NEWS sections.

She loves reading and gardening; but not at the same time. Though born and raised in Connecticut, she lives in Arizona now—and Connecticut is glad to be rid of her!

It has been a very long time since I read a book that I didn’t want to finish. And I couldn’t forecast the ending. Not often I’m caught out!

One of the things I like so much about this book was the carefully-drawn main characters. Although they loved each other to bits, they were, never-the-less, not always on the same page. Plenty of differences causing all manner of ructions, twists and turns in the plot. Yet the plot flowed effortlessly, never getting caught up in obscure off-shoots or throwing in new characters just to keep up the interest. The other characters were diverse and most were deliciously creepy. All cleverly written.

Another positive thing for me personally was the proliferation of shortish chapters. I get seriously yawn-stricken with some very famous authors who insist on never-ending chapter lengths as if they can do anything they please because they are famous. I’m no novelist, but surely I’m not alone in this. Short chapters rock! For me, 100 page chapters cause me to fall asleep and/or bookmark part way through which annoys the hell out of me. I’m a bit OCD, and I like to put the book down at night at a chapter’s end, the easier to pick up next time. Buckingham is a master (mistress?) at this.

Ms Buckingham is also a genius at dialogue. This novel is loaded with it. I have read thousands of novels and not too many authors can keep a book interestingly operative with so much dialogue. That got five stars from me alone!

Overall, I was very impressed with this author’s work. I can find no criticism with it except that I was lusting for another 600 pages!! There are many other things I could say, but won’t, for spoiling the reader’s enjoyment. It is a novel worth buying to keep rather than borrowing. Forget the library. Buy this book and you will be very, very sorry. Sorry when you come to the end of the last subtly climactic page.

Robert C. Nelson
5.0 out of 5 stars Gothic Revival Is Carson Buckingham's Masterpiece!
Reviewed in the United States on 10 November 2014
Verified Purchase
Gothic Revival, by Carson Buckingham, is the author's best work to date. One would think a 536 page novel would have some slow, drawn out sections, but not for Carson. She is a master at Gothic story-telling and knows how to keep the story moving.

I am particularly impressed by the fact there is no elaborate over-description involved. To me, that is boring. Give me some action; some psychological horror. Carson gives the reader all the description she/he needs without describing every useless tid-bit a reader doesn't want to know.

How does she do this? Through her skillful use of dialogue. Too many authors are totally without dialogue skills. Carson could write a non-fiction book on the subject. But then again, anyone who reads Gothic Revival will see what I'm talking about. Her dialogue is written the way people actually talk. Fancy the concept! She has hit upon a secret so simple that it eludes far too many authors.

Now I come to a part of Carson's writing that I really enjoy. Her sense of humor. What, you ask, humor in Gothic horror? You betcha. Once more, Master Carson Buckingham comes riding along on her trusty steed and delivers the right amount of humor at the perfect time. Superb!

Take dialogue unmatched by any author past or present, add in humor, suspense, romance, and a foreboding creepy feeling polishing it all off, and you have Carson Buckingham.

You will notice my review does not tell you the details of the story. Yikes! Why do that? Read the description and the free sample for that. I'm here to tell you about the author's skills. Of that, Carson has many. Besides, I wanted to blurt out some goodies, but that would have been a spoiler. Not my style.

Maine4me
5.0 out of 5 stars Another winner!
Reviewed in the United States on 5 March 2020
Verified Purchase
This book has all the elements that make it un-put-downable. Mystery, drama, ghosts, comedy and a good love story. I read it in 2 days. I highly recommend this book to anyone that enjoys a good creepy mystery. Five stars all the way!!
Read more
One person found this helpful
Report abuse

Author HMC
5.0 out of 5 stars things get a whole lot worse. Contracts are signed
Reviewed in the United States on 19 September 2014
Verified Purchase
Gothic Revival by Carson Buckingham

It's the first wedding anniversary of Leo and Alex Renfield, and they're finding it hard to make ends meet. After moving to Woodhaven, the couple hope to find work with their remodelling business. It can't come soon enough. So, when an eccentric woman named Theodore Hamilton offers them a painting job at her home, one involving a serious wad of cash, the Renfields have to decide whether the strange requests accompanying the job are worth the trouble.

It's odd enough she wants them to paint at night, but when they find themselves at the disgustingly expensive home of the Hamiltons', things get a whole lot worse.

Contracts are signed, and Leo and Alex return home. Out of the ordinary (and frankly quite scary) things begin to happen. Alex's hand is taken over while writing, Leo is talking to himself, and entire places in Woodhaven are suddenly abandoned ... Or were they ever occupied in the first place? Not to mention the things going on with their turtle!

At the home of Theodora, the Renfields find themselves deeper and deeper in a troubling world. In the last one hundred pages, the weaving of the story is pulled together with a masterful thread.

With soft echoes of Ray Bradbury's Something Wicked this way Comes, Gothic Revival is one of the best books I've read in many years. Buckingham is clever, witty, and builds suspense like a pro. The story is spun through dialogue, and just when you think, `okay something needs to happen now,' it does.

There are laugh out loud moments that make Gothic Revival a little bit addictive, and the characters are developed so well, they'll stay with you long after the last page is turned.

Amazon Customer
5.0 out of 5 stars Disturbing images a vintage horror
Reviewed in the United States on 13 November 2021
Verified Purchase
I don't recommend reading this book alone at night! American horror vibe.
Read more
Report abuse
See all reviews
Back to top
Get to Know Us
Make Money with Us
Let Us Help You
And don't forget:
© 1996-2021, Amazon.com, Inc. or its affiliates