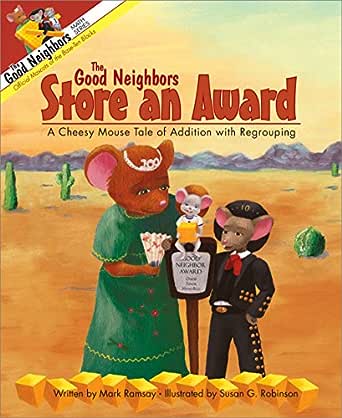 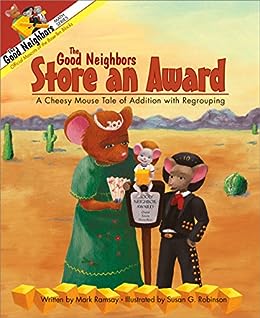 I would use this book as a read aloud to the whole class when I introduce addition with regrouping. I would read the book again after most of the children have mastered the concept. It could be used again with those students who have not yet mastered addition with regrouping in small group work. The children like the pictures. They responded to the questions eagerly. Working in a school with a large ELL population, I was glad to see the Spanish in the book. Their eyes lit up when I read the Spanish aloud. The children were motivated in interact with the story. This book would be used in Math to go along with addition with regrouping. It could also be used when discussing place value. This book would be great to have in a teachers' library for grades 1-5. I would recommend this book as a resource for Math literature. Learning Magazine Teachers' Choice Award for Children's Books 2011 - product judge's comments --Learning Magazine Teachers, Choice Award 2011

I would recommend using this book as an introduction t the math concept of addition with regrouping. It definitely should be a read aloud to either whole class or small instructional group setting. The kids enjoyed being read to during math because it was something different that the norm. The students stayed focused while I read this book. The book give illustrations with a story to go along with addition with regrouping. If there were enough copies, it could be used during small reading groups. It would be nice for the students t have their own copy to see the illustrations better. I would recommend this book to other teachers. It is a different and new way to introduce addition with regrouping. It gives students another way to learn math. Learning Magazine Teachers' Choice Award for Children's Books 2011 - product judge's comments --Learning Magazine Teachers' Choice Award 2011- judge's comments

Whole group or small group could benefit from this addition book. You could do this when teaching regrouping and use it along with your other materials. The book has wonderful illustrations. The mice characters make the math series appealing to children. My students were immediately engaged in the book from the first page where they found the character Onesie; dressed in a baby's one-piece shirt. They found this very amusing. The text and font were age appropriate and the questions printed in the inserts encouraged discussion. I used this book for Math and reviewing the concept of addition with regrouping to the hundreds place. We also infused the Spanish words into the discussion and related it to their Spanish lessons and vocabulary. I think it would be of great use to first and second grade. The concepts of regrouping really begin in first and second grade. I would recommend it for use to those teachers to supplement what they have. Learning Magazine Teachers' Choice Award for Children's Books 2011 - product judge's comments --Learning Magazine Teachers' Choice Award 2011-judge's comments

When The Good Neighbors each receive a cheesy award, some of the mice discover that they do not have enough room to store it all safely inside their houses. Can The Good Neighbors work together to solve their cheese storage problem? The story models the addition with regrouping process as demonstrated with base-ten blocks. Project the story for your students in the classroom using the Kindle app for Mac or PC.
See all Product description
click to open popover

Julie Chase
5.0 out of 5 stars Regroup the Cheese!
Reviewed in the United States on 30 December 2019
Verified Purchase
Regrouping is a difficult task for students - why not make the journey easier through a book! I love a good story and so do my students. So, sharing a book with my math regrouping lesson helped some of my needy learners connect - it is still a work in progress, but they will remember the mice. Thanks for making learning fun!
Read more
Helpful
Report abuse

Teach2Learn
5.0 out of 5 stars Love this Book!
Reviewed in the United States on 18 December 2017
Verified Purchase
This book is great! I read it before I launched a second grade math chapter on two-digit addition. My students really made a lot of connections to the characters, Onsie, Tenor, Hund-Red, and the plot of the story. I would definitely recommend this book to other educators and parents.
Read more
Helpful
Report abuse

Rachel Baltes
5.0 out of 5 stars Five Stars
Reviewed in the United States on 16 January 2018
Verified Purchase
Great combination of story line and content. Love this series and had to buy both addition and subtraction!
Read more
Helpful
Report abuse