In Good Faith: A Suspense Thriller and over 1.5 million other books are available for Amazon Kindle . Learn more
Share <Embed> 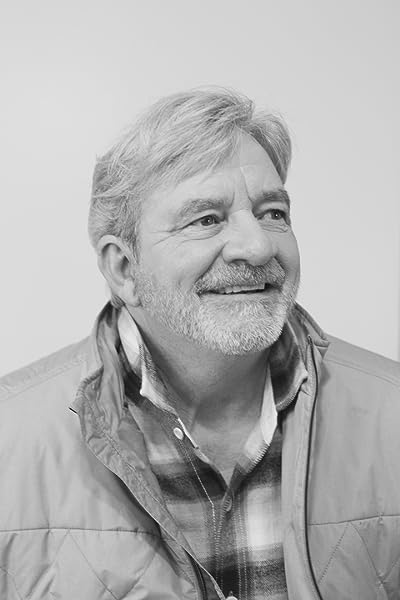 Page 1 of 1 Start overPage 1 of 1
Previous page
Next page
Start reading In Good Faith on your Kindle in under a minute.

Scott Pratt was born in South Haven, Michigan, in 1956, and grew up in Jonesborough, Tennessee. He is a veteran of the United States Air Force and earned a Bachelor of Arts degree in English from East Tennessee State University and a Doctor of Jurisprudence from the University of Tennessee. He lives in Johnson City, Tennessee.

4.6 out of 5 stars
4.6 out of 5
2,827 global ratings
How are ratings calculated?
To calculate the overall star rating and percentage breakdown by star, we don’t use a simple average. Instead, our system considers things like how recent a review is and if the reviewer bought the item on Amazon. It also analyses reviews to verify trustworthiness.

Joe Puce
3.0 out of 5 stars Aok
Reviewed in Australia on 22 April 2019
Verified Purchase
Full of good and bad characters. Several plots and sub plots. This is my second Joe Dillard Series Will read the third.
Read more
Helpful
Report abuse

Amazon Customer johne
5.0 out of 5 stars Excellent looking forward to reading the next book
Reviewed in Australia on 23 January 2017
Verified Purchase
A very good story highly recommend you read this it keeps you enthralled could not put it down keep the stories comming.
Read more
Helpful
Report abuse

clare fisher
5.0 out of 5 stars 5 stars
Reviewed in Australia on 30 July 2016
Verified Purchase
I really like his books
Read more
Helpful
Report abuse

D. Hawthorne
TOP 500 REVIEWER
3.0 out of 5 stars Supernatural does not belong here
Reviewed in Australia on 27 August 2018
I thought the supernatural element did not belong in this book. This element detracted from the story.

It was interesting to see Dillard's views on capital punishment challenged given the ferocity of the crimes committed.

Dillard's character is developed through the challenge of being ADA and running staff in a law office. This has taken him out of his comfort zone of being a sole legal practitioner into a manager of others. I thought Pratt glossed over many of the challenges in the change of roles.
Read more
Helpful
Report abuse

Barbara Sth Aust
TOP 500 REVIEWER
5.0 out of 5 stars My second book and it is as good as the first book.
Reviewed in Australia on 4 February 2017
How Scott Pratt can come up with stories so believable is a credit to him. His feelings for the characters he writes about makes me think that he has been in these positions at sometime in his life. That is why the content of each story is so good. The dishonesty that may prevail in the justice system leaves every good and honest person wondering if the truth ever catches up.
Read more
Helpful
Report abuse
See all reviews

Lynda Kelly
3.0 out of 5 stars Not A Patch On Book One In This Series
Reviewed in the United Kingdom on 18 January 2015
Verified Purchase
This was nowhere near as good as the first in this series for me and if this had been the first I'd read by him I doubt I'd bother with any of the others. There were a LOT of irritating mistakes peppered throughout which really annoyed me and if I hadn't already read him I'd have jacked it in.
He used words in strange ways at times but my biggest annoyance is the habit of dropping of from a sentence when he uses couple, and he uses couple a LOT of times....like with couple TBI lab experts, couple minutes, a couple complaints....very tiresome.
Then suspect as opposed to suspicious, crimes scenes and not crime, maybe and not may be, look over and not overlook. A terrible one was Charley Chaplain when I'm sure Charlie Chaplin was meant and then ajar used in place of a jar and magnanimous in place of goodness' knows what but that was certainly not the word he was grasping for. Pretty bad and way sloppier than his first book.
There were apostrophe mistakes, too, discernible was written most strangely as discern-able, this sentence meant nothing-"Lester's hearing wouldn't be held until the at least one thirty"....I guess a word was added there as opposed to being left out for variation !
I really liked some of the new characters we were introduced to although there was also a great deal of dishonesty and corruption going on throughout which became quite wearing. It didn't seem like anyone came out of it well with good character intact. I wasn't sure why a sheriff referred to Joe as Brother Dillard near the end, either-that was most peculiar.
I may try the third but I'll definitely not be in any rush to do so, I have to say. A shame as the first in the series was a 5 star read for me.
Read more
Report abuse

dixie dean
2.0 out of 5 stars Dont read this if you have cancer
Reviewed in the United Kingdom on 23 December 2013
Verified Purchase
I hate to pour cold water on all the positive reviews. I like the author's style of writing but cannot understand why he had to include so much in the book about his wife's cancer. As a sufferer myself i use reading as a means of escape and to be suddenly thrust back into painful reality was completely unnecessary. Until you suffer with this awful disease you cannot imagine the horrible emotions it produces. Either the author doesnt understand them or if he has had a loved one with cancer, he has been unable to put it across in print. Also it adds nothing to the story.
The other thing I didnt like was the supernatural element to the book which was a bit unbelievable. I shall download the next book but hope that cancer and the occult do not get a mention.
Read more
Report abuse

Martin Pratt
5.0 out of 5 stars I really enjoyed this book
Reviewed in the United Kingdom on 14 November 2014
Verified Purchase
I really enjoyed this book. I admit it first caught my eye because of the coincidence of a shared surname but the reviews were encouraging and so I purchased! I do enjoy a good legal/courtroom drama and was a well thought through and plotted story. This story does not have the grittiness of Joseph Teller's tales but they are just as good as anything by Steve Martini, especially his earlier books.

The only real mystery, to me, was the very final page where the author explains that this is a self published book and he'd appreciate a review on Amazon to help promote the books. I am more than happy to do so, my puzzle is why no published has not taken up his books and promoting them in bookshops? They are certainly good enough. I have also read book #1 and have the third ready to read.
Read more
One person found this helpful
Report abuse

Anna
5.0 out of 5 stars Brilliant courtroom / crime thriller!
Reviewed in the United Kingdom on 18 February 2019
Verified Purchase
Got stuck into In Good Faith and read it in less than 24h.
I love Joe Dillard; he is John Puller, Lucas Davenport and Mickey Haller all rolled into one.
Thank you Scott, for your awesome writing; about to download the 3rd book in the Joe Dillard series.
Read more
One person found this helpful
Report abuse

Wendy
4.0 out of 5 stars Good Read
Reviewed in the United Kingdom on 10 January 2013
Verified Purchase
I enjoyed this book, despite the (few) errors. It also touched an area of my life that I would have preferred it not to. Joes wife has an illness exactly the same as I have, and it brought back so many memories I was in tears, but I don't think that was the author's intention!

The main person in the book (Joe) is a likable man, and it's easy to identify with his problems. All in all I enjoyed this book and didn't want to put it down.
Read more
One person found this helpful
Report abuse
See all reviews
Get FREE delivery with Amazon Prime
Prime members enjoy FREE Delivery and exclusive access to movies, TV shows, music, Kindle e-books, Twitch Prime, and more.
> Get Started
Back to top
Get to Know Us
Make Money with Us
Let Us Help You
And don't forget:
© 1996-2020, Amazon.com, Inc. or its affiliates