Skip to main content
In Good Company (A Class of Their Own Book #2) and over 1.5 million other books are available for Amazon Kindle . Learn more
Share <Embed> 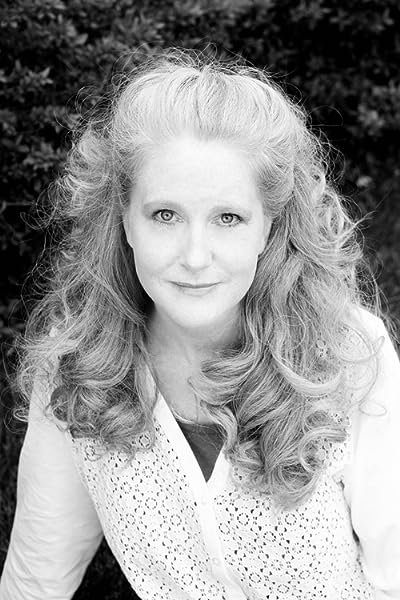 Page 1 of 1 Start overPage 1 of 1
Previous page
Next page
Start reading In Good Company (A Class of Their Own Book #2) on your Kindle in under a minute.

After growing up as an orphan, Millie Longfellow is determined to become the best nanny the East Coast has ever seen. Unfortunately, her playfulness and enthusiasm aren't always well-received and she finds herself dismissed from yet another position.

Everett Mulberry has quite unexpectedly become guardian to three children that scare off every nanny he hires. About to depart for Newport, Rhode Island, for the summer, he's desperate for competent childcare.

At wit's end with both Millie and Everett, the employment agency gives them one last chance--with each other. As Millie falls in love with her mischievous charges, Everett focuses on achieving the coveted societal status of the upper echelons. But as he investigates the suspicious circumstances surrounding the death of the children's parents, will it take the loss of those he loves to learn whose company he truly wants for the rest of his life?

"Infused with humor, a healthy dose of romance and even a little mystery, readers will enjoy the characters and their zany situations."--RT Book Reviews

"Turano, known for her delightfully humorous tales, has done it again with her irresistible blend of a perplexed hero, an imperturbable heroine, perpetually perturbed peacocks, a dastardly villain, and of course, Jane Austen."--Booklist starred review

"A delightful story of misfits and opposites, bookworms and social decorum, Jen Turano's In Good Company will entertain readers for many years to come. . . . With humor, a bit of suspense, great characters and just the right amount of faith, In Good Company is good company to keep."--Hope by the Book, Gold Star Review

Named one of the funniest voices in inspirational romance by Booklist, Jen Turano is a USA Today bestselling author, known for penning quirky historical romances set in the Gilded Age. Her books have earned Publishers Weekly and Booklist starred reviews, top picks from Romantic Times, and praise from Library Journal. She's been a finalist twice for the RT Reviewers' Choice Awards and had two of her books listed in the top 100 romances of the past decade from Booklist. She and her family live outside of Denver, Colorado. Readers can find her on Facebook, Instagram, and Twitter, and at jenturano.com.

4.7 out of 5 stars
4.7 out of 5
106 global ratings
How are ratings calculated?
To calculate the overall star rating and percentage breakdown by star, we don’t use a simple average. Instead, our system considers things like how recent a review is and if the reviewer bought the item on Amazon. It also analyses reviews to verify trustworthiness.

Iola
TOP 1000 REVIEWER
5.0 out of 5 stars Fun, fun, fun!
Reviewed in Australia on 17 July 2015
Jen Turano is the author I save for those days when I want a lighthearted read, something that’s going to entertain and amuse me without getting too much into the harsher side of life. Some days I want serious fiction with a message. Some days I don’t. Those are Jen Turano days. She manages to write funny characters and situations without ever crossing the line into cringey, and that’s a huge achievement.

It’s Long Island, 1882, and Mr Everett Mulberry has recently become guardian to three children who run every nanny off in days. Miss Millie Longfellow is his only hope, which is unfortunate for him. Also unfortunate is Miss Caroline Dixon, his almost-fiancé, who doesn’t like the children and wants to send them to boarding school. Despite the problems he’s having, that’s not an option.

In Good Company is well set up: the nanny who can’t keep a job and the man who can’t keep a nanny. Add a little mutual attraction, a determined almost-fiancé, three unruly children, a gaggle of peacocks and sundry other four-legged creatures and the stage is set. There’s even some suspense around the death of the children’s parents—and I have to say the resolution of that subplot was quite unexpected.

The characters were excellent. Millie was similar to other characters I’ve seen, in that she comes across as scatterbrained to the uninitiated, but has a heart of gold and her seemingly unconventional methods of childcare not only tame the children but serve a larger purpose in the plot. Everett was the somewhat foppish male who wants to do the right thing but doesn’t know how. And the children. Well. A lot of authors get children wrong, with characters and personalities inconsistent with their ages, but Turano nails them, even though the children are every bit as idiosyncratic as the adults, especially Rosetta and her unusual pets.

But it’s not all fun. There are some serious messages hidden within In Good Company, particularly around how we are all valuable and how we need variety to teach us about life. As one character tells Everett:
“You’ve been surrounded solely by like-minded individuals—and that has not given you a proper perspective on life.”
It wasn’t talking about the Christian “bubble” many of us live in, but it certainly applies. We are not called to be of the world, but we are most definitely called to be in the world. And we need to be to gain that proper perspective.

Recommended for a lighthearted read with a message.

Thanks to NetGalley for providing a free ebook for review.
Read more
Helpful
Report abuse
See all reviews

sunny
5.0 out of 5 stars Even better than the others
Reviewed in Canada on 16 July 2015
Verified Purchase
I have enjoyed all of Jen Turano's books, but always found the dialogue a bit distracting. This book had all of her beautiful writing, without that. I loved this book. It didn't get bogged down with frivolous dialogue and the story was easier to understand. I always love the author's humour and wit and was not disappointed. Great book!
Read more
Report abuse

Patsy Jolene Sleeman
5.0 out of 5 stars Delightful
Reviewed in Canada on 11 April 2018
Verified Purchase
This book is totally delightful - I was giggling all the way through - so refreshing !!
Read more
Report abuse

Kara Grant
4.0 out of 5 stars Charming Sequel With Interesting Characters :)
Reviewed in the United States on 26 February 2016
Verified Purchase
This book started a little slow for me, but in true Turano fashion the story charmed its way into my full attention. DID NOT like Everett Mulberry at the start, but he SLOWLY won his way into my approval and I loved how he became the family man he was meant to be :)

Could. Not. Stand Caroline Dixon from start to finish. Worst character EVER! It didn't help that I've known women like her in real life so that made her more tangible to me. I loved it when Millie hits her in the head with a tennis ball, even though it was an accident. Caroline calls the children little monsters, deviants, and a burden to Everett's life throughout the story. At first I thought she was just a spoiled brat, but that it wasn't her fault since she had been raised to be like one. However, she is much worse than that, but it was good she was a wicked character because she helped make the plot more exciting. Loved it also when the peacocks SHE bought gave her a scare, so pitiful.

Really loved Lucetta in this story AND Everett's parents. Dorothy and Lester were wonderful in telling Everett how sorry they were for not being there for him during his childhood and how they had found their faith in God after being inspired by another family. They were minor characters in the story, but a perfect addition to everything going on. Also LOVED the staff and how they defended/protected Millie. Abigail was also wonderful, but her matchmaking attempts were a little annoying at times (did the ladies REALLY need a tiara for the ball??). Still love her, but no need to meddle all the time.

It was also a nice touch that the puppies in the story were from the adorable dog in After A Fashion.

One of my fave parts of the story is Millie and her love of words, always carrying around a dictionary. I think the dictionary got ruined at one point so Everett would help her use the proper words, so delightful!

The children were the heart and soul of this story.....Elizabeth, Rose and Thaddeus. They were scheming, clever, precious, sweet, hurting children who just needed assurances that they would be loved and not sent off to boarding school. REALLY enjoyed the mystery behind their parents' deaths and how all of it was resolved. They made me laugh and cry more than once :)

Looking forward to the conclusion of this series and what will happen next with Lucetta, Turano knows how to charm her readers with these stories!! :)
Read more
2 people found this helpful
Report abuse

My Two Cents
4.0 out of 5 stars Great Literature? NO Hysterically funny at times? YES
Reviewed in the United States on 7 May 2017
Verified Purchase
A very cute story which is hysterically funny at times and a truly enjoyable read. I really appreciate reading a well-crafted book as there are no annoying spelling, grammar, or punctuation problems here! For this genre, it's definitely a 4 1/2 star, but I have to save those 5 star ratings for the truly sublime pieces of enduring literature. I will be reading more from this author.
Read more
2 people found this helpful
Report abuse

Kindle Customer
5.0 out of 5 stars Delightful Book!
Reviewed in the United States on 10 March 2016
Verified Purchase
In Good Company is a delightful book. It is entertaining and fun to read. The nanny with unconventional means of dealing with children. Who would not want to read it. There is adventures galore. Jen Turano did not disappoint in this book. I enjoy reading her works and will continue to look forward to what she produces.
I received this book from the Book Club Network in exchange for my honest opinion.
Read more
Report abuse
See all reviews
Back to top
Get to Know Us
Make Money with Us
Let Us Help You
And don't forget:
© 1996-2021, Amazon.com, Inc. or its affiliates