The Golden Mile to Murder and over 1.5 million other books are available for Amazon Kindle . Learn more
Share <Embed> 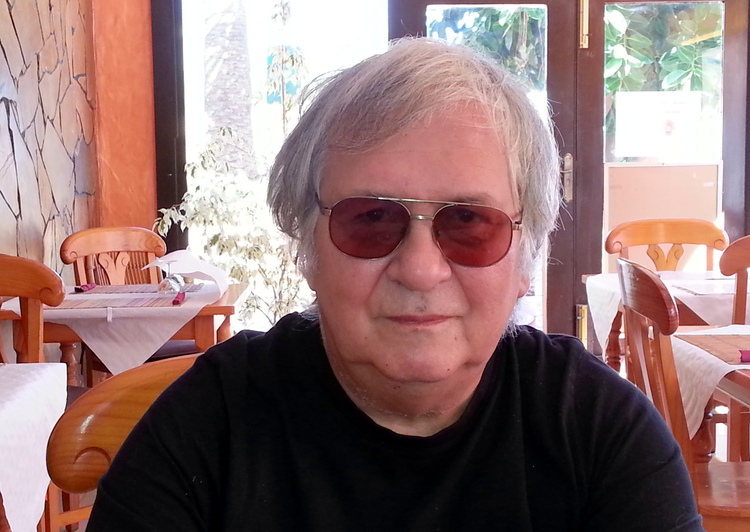 Page 1 of 1 Start overPage 1 of 1
This shopping feature will continue to load items when the Enter key is pressed. In order to navigate out of this carousel please use your heading shortcut key to navigate to the next or previous heading.
Back
Next
Start reading The Golden Mile to Murder on your Kindle in under a minute.

Customer Mariani review
5.0 out of 5 stars One of the earlier Woodend books
Reviewed in the United Kingdom on 28 August 2017
Verified Purchase
Fantastic story. I could not put it down. In this I did not know who "dunnit" .Spencer uses a clear mind to introduce a twist. Cannot wait to read the next couple of books
Read more
Report abuse

VeeJ
5.0 out of 5 stars Five Stars
Reviewed in the United Kingdom on 21 October 2015
Verified Purchase
Always a good read, keeps you turning the pages. Enjoyed it very much.
Read more
Report abuse

neil piper
1.0 out of 5 stars One Star
Reviewed in the United Kingdom on 27 September 2014
Verified Purchase
crap
Read more
One person found this helpful
Report abuse

L. J. Roberts
5.0 out of 5 stars Excellent, well-plotted mystery
Reviewed in the United States on 15 August 2014
Verified Purchase
First Sentence: Behind them shone the bright lights of Blackpool, ahead of them lay the darkness of the Irish Sea.

DCI Charlie Woodend is out of Scotland Yard and banished by his new boss, SD Ainsworth to Blackpool—without his right arm, Bob Rutter, to investigate the murder of a Blackpool policeman. There, he is assigned DS Monika Paniatowski, who has issues of her own, not the least of which is being the first female sergeant in Blackpool. They are also up against a squad determined to prevent Woodend from finding out too much.

The book opens with a classic scene of a young couple at the beach, but the scene has a very non-classic ending. At the end of the first chapter, there’s no question that you’ll go on to read the rest.

Spencer provides wonderful descriptions of Woodend’s return to the town in which he grew up and that feeling of both familiarity and foreignness one can have…”So perhaps you never really could go back, he thought—because back wasn’t there any longer.”

The best description of Woodend is given by an officer who’d worked with him previously…”You don’t really know the meaning of the term “bloody-minded” until you’ve worked the Cloggin’-it Charlie. He’s stubborn, unreasonable, relentless, and possibly the best policeman it’s ever been my privilege to work with.” He is also a fan of Dickens, hard, but fair and, it turns out, a very good team leader and boss to the young, female, D.S. Monika’s background is very much incorporated into the story. Spencer’s representation of a woman who has experienced that which Monika has done, is painfully accurate.

Spencer’s descriptions can be delightful, particularly that of Woodend’s landlady…”She was a real dragon, Woodend thought admiringly. If Saint George had had to face a creature like Mrs. Bowyer in this quest to free the maiden, he would have abandoned the girl to her fate and gone off in search of the nearest pub.” He also provide an excellent sense of time by including references to books, television shows—Bonanza--and movies—The Guns of Navarone—of the time.

“The Golden Mile to Murder” is an excellent mystery that is so well plotted. Not only did I not identify the killer, but the epilogue provides a wonderful “WOW” moment.

Steve Guarr
5.0 out of 5 stars excellent British police procedural
Reviewed in the United States on 22 October 2012
Verified Purchase
This series, set in the 60's in Britain, features Charlie Woodend - too good a detective to be fired, too apolitical to be popular with his superiors. You have to like his take-no-guff and kiss-no-asses personality, but if you do - as I do - you'll be rewarded with solid detection and an honest presentation of the clues so you can test you wits against Charlie's. I read a lot of Brit mysteries and a lot of police procedurals, and this series is one of my favorites.
Read more
2 people found this helpful
Report abuse
See all reviews
Get FREE delivery with Amazon Prime
Prime members enjoy FREE Delivery and exclusive access to movies, TV shows, music, Kindle e-books, Twitch Prime, and more.
> Get Started
Back to top
Get to Know Us
Make Money with Us
Let Us Help You
And don't forget:
© 1996-2020, Amazon.com, Inc. or its affiliates