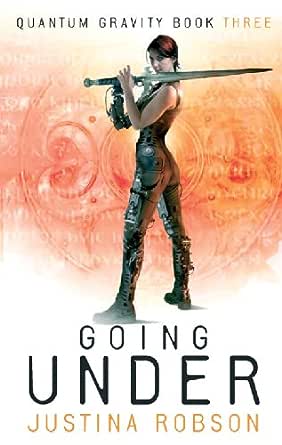 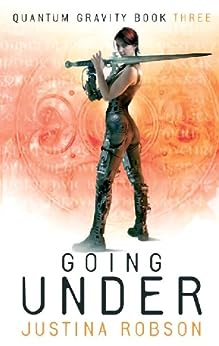 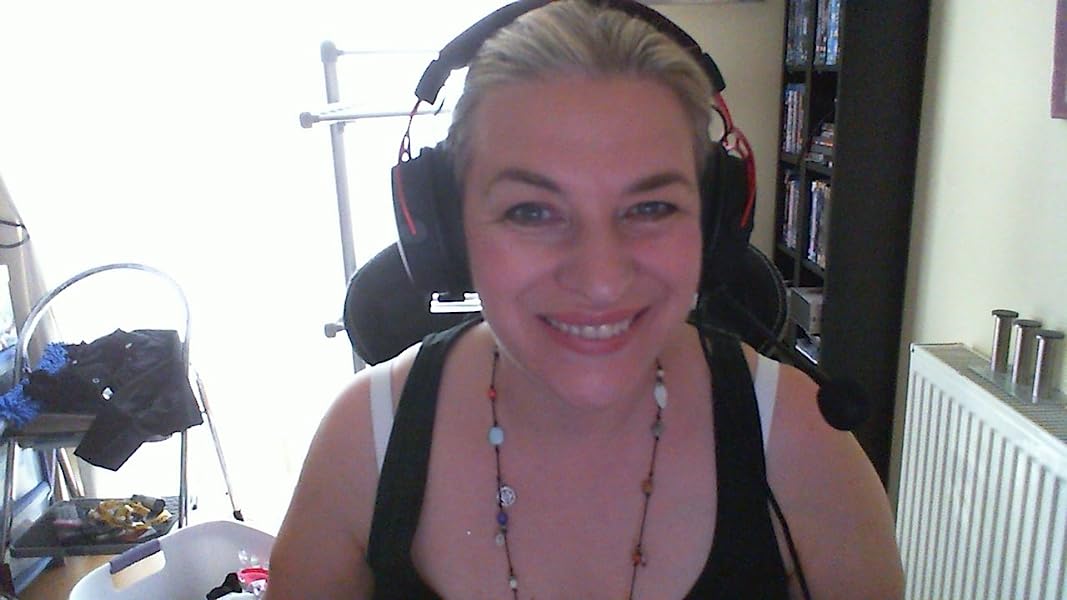 Justina is from Leeds, a city in Yorkshire in the north of England. She always wanted to write and always did. Other things sometimes got in the way and sometimes still do...but not too much. --This text refers to an alternate kindle_edition edition.

Lila Black, half robot and all attitude is back from Hell --This text refers to an alternate kindle_edition edition.

Justina Robson is an Arthur C. Clarke shortlisted author of ten SFF novels, including the highly regarded Quantum Gravity series, and was one of the first writers to win amazon.co.uk's Writer's Bursary in 2000. Based in Leeds, she's been shortlisted for multiple international awards and is a sought-after creative writing teacher who has taught at the Arvon Foundation. A graduate of the Clarion West workshops in Seattle (1996) she has been invited to teach there also, though she hasn't made it yet for various practical reasons. She acted as a judge for the Arthur C Clarke awards on behalf of the Science Fiction Foundation in 2006. Her most recently published novel is Glorious Angels, shortlisted for the British Science Fiction Association Best Novel 2015.

You can learn more at justinarobson.co.uk or by following @JustinaRobson on Twitter.

Diz
5.0 out of 5 stars Wow! What happened? Just went into Overdrive!
Reviewed in the United Kingdom on 28 November 2008
Verified Purchase
Well, to start with, you have to have read Books 1 ( Keeping It Real ) and 2 ( Selling Out ). And there has to be a Book 4!

Book 3 just leaps straight in, taking up exactly where Book 2 left off - in fact, I cannot imagine that Justina Robson even got up from her computer between finishing Book 2 and starting Book 3.

So - we start in Daemonia with Lila and her two husbands, Zal and Teazle. We don't stay there long, though. It's fairly obvious where the book is headed. The previous books were set in Alfheim, Thanatopia, Noomenon and so, finally, Lila reaches the land of Faery.

The 'plot' is too simple - rid Otopia of a plague of Moths - or Mothkin - creatures related in an animal way to the faeries. To do that, Lila must go to the land of Faery. But, of course, it's nowhere near that simple.

The same characters are here - Tath, Poppy, Viridia, Malachi, Sorcha, Zal (of course) and Teazle, Thingamajig and all. But more and darker sides of their natures are revealed, and more mythical characters come in. Actually, mythical is probably the wrong word - symbolic characters would be better, creatures from the beginning of Creation. They could almost be made of 'dark matter' and 'dark energy'.

This is such a strange book. It is full-on, non-stop, in the same way that the previous books have been, but it continues to get darker, harder, more elliptical, much deeper. It seems that the book is becoming more and more a fantasy novel, but it never gets there - where demons can hunt with 'Matter Vaporisators', magic can't really get a look in.

That's what's different about this series. Although ostensibly we are dealing with elves, demons, faeries, imps and all sorts of strange creatures, it's all tied together by the earthly realm of Otopia; you always get the sense there is some 'hard science' lurking under it all. It's not yer average 'let's zap the aliens' sci-fi tale and it certainly isn't sword and sorcery (although there are plenty of swords, along with the Matter Vaporisators) - so, maybe it's science fantasy. Whatever - it's a damn good read. Roll on Book 4!
Read more
8 people found this helpful
Report abuse

Susan Stepney
4.0 out of 5 stars things are getting complicated
Reviewed in the United Kingdom on 26 December 2014
Verified Purchase
Lila Black has been to the dimension of the elves and the demons; now it is the turn of the fairies. Ostensibly there to get help to remove the Mothkin infestation of human earth, she and her companions find themselves deep Under, playthings of the all-powerful Jack. Sacrifice will be needed before they can return home.

As usual this far into a series, things are getting complicated. Characters are growing and changing, Lila most of all, and consequences of earlier actions are coming back to haunt them. A series that started off as a slightly dark romp has got darker, and less rompy, but still interesting as a different take on the elves and fairies, that mixes the usual legends with contemporary technology.
Read more
Report abuse

simon hyde
5.0 out of 5 stars Five Stars
Reviewed in the United Kingdom on 23 August 2014
Verified Purchase
Innovative and sexy
Read more
Report abuse
See all reviews
Back to top
Get to Know Us
Make Money with Us
Let Us Help You
And don't forget:
© 1996-2021, Amazon.com, Inc. or its affiliates