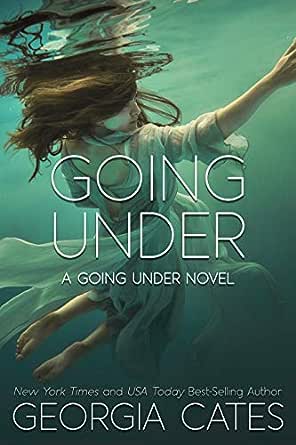 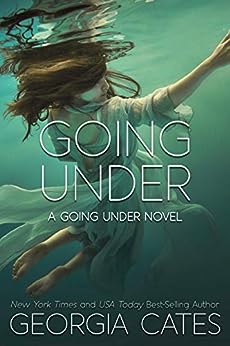 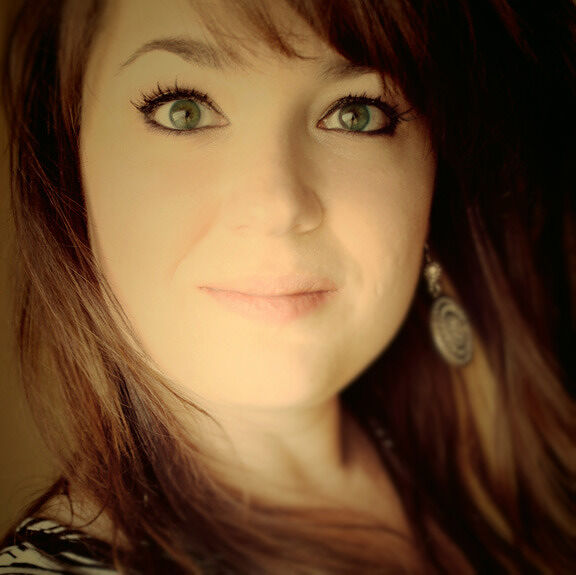 Going Under: A High School Enemies to Lover Romance (A Going Under Novel Book 1) Kindle Edition

Georgia Cates is the New York Times, USA Today, and Wall Street Journal Best-Selling Author. She resides in rural Mississippi with her wonderful husband, Jeff, and their two beautiful daughters. She spent fourteen years as a labor and delivery nurse before she decided to pursue her dream of becoming an author and hasn't looked back yet. --This text refers to the paperback edition.

4.2 out of 5 stars
4.2 out of 5
116 global ratings
How are ratings calculated?
To calculate the overall star rating and percentage breakdown by star, we don’t use a simple average. Instead, our system considers things like how recent a review is and if the reviewer bought the item on Amazon. It also analyses reviews to verify trustworthiness.

Missthaixo
5.0 out of 5 stars Opposites Attract!
Reviewed in the United Kingdom on 14 August 2012
Verified Purchase
This Book reminds me of the perfect chemistry series by Simone Elkeles because of the whole 'opposites attract' thing. Jesse is the typical gorgeous but poor bad boy type of guy, he has a cr*p family life, involved in drugs, no money & having to attend a new school with pupils which are exactly the opposite of him.
Then theirs Claire, she's rich, beautiful, and a good girl. They both can't help but be attracted to one another. They both soon find out that there's more to both of them, they are not the typical stereotypes of what they believe each other to be. & although at first they were both trying to use each other as just a game it soon ends up into something much deeper.
I love Jesse, he is a good guy at heart, and you feel for him because of all the cr*p he's had to go through. & Claire you can imagine how shes feeling putting yourself in her shoes, & getting all the butterflies when your around the boy you like but not really supposed to be!
The drama in the book is great I was cringing when Jesse meets Claires mum & the drama unfolds! I really enjoyed this book, there was enough drama to keep me occupied & lots of romantic encounters to keep me all bubbled up. One of my fave parts are when Jesse sleeps over! & Also when Claire meets Jesse's brothers, its very heart-warming knowing how much Jesse cares for them.
The epilogue is beautiful, I think they deserved the fairytale they got!

Lucy-Lou
3.0 out of 5 stars Okay
Reviewed in the United Kingdom on 10 November 2012
Verified Purchase
This was a very good book to read. From the moment you pick it up you have to read the whole thing. I loved the whole interaction between Jesse and paten how they were always throwing shots at each other. It is a nice story with the typical bad boy and sweet innocent girl.
Couple of disappointing points for myself is the whole story was quiet predictable and there were a lot oh grammatical errors that were confusing and made me back track and fill in the gap. A nice innocent book and every teenage girls fantasy cheerleader and bad boy tattooed football champ. If you like a good read then this is for u but if your over 18 I wouldn't bother
Read more
3 people found this helpful
Report abuse

aysha
5.0 out of 5 stars Loved it totally rocks
Reviewed in the United Kingdom on 16 September 2015
Verified Purchase
I think the assumptions made by Claire are what anyone with money would make and she seemed a total airhead at first just putting up with the status quo instead of fighting and thinking for herself. She makes up for it by really taking time to get to know Jesse as much as she can considering he was only with her to get back at her boyfriend. It's funny how he ends up the one that is smarter then her and no matter how much he tries to push her away towards the life she was expecting she falls for him harder. Loved it
Read more
Report abuse

Choosiesusie74
5.0 out of 5 stars Superb !
Reviewed in the United Kingdom on 26 August 2012
Verified Purchase
I really really enjoyed this book. There were many suprises in the story along the way which made it not quite as predictable as some romances I have read. Without giving the story away I nearly had a heart attack at the end of one of the later chapters in the book! My only wish would to have had more of the story from the end of the book to the point were the epilogue began. I feel so much was missed there. But all in all a fab read, well worth five stars.
If you enjoy this book try Slammed or Easy or Reason to Breathe and Barely Breathing as I believe you would enjoy them too.
Read more
Report abuse

Lizzie
5.0 out of 5 stars Reread and still loved it
Reviewed in the United Kingdom on 20 December 2013
Verified Purchase
This is one of those books that grabs you. Jessie is from the wrong side of the tracks but ends up going to a school full of more privileged children. He has a horrible life with a drug dealing grandmother and his only hope is to go to college and get away. He sees Claire, he thinks she's out of his league and finds she's dating Forbes whose place he's took on the football team.
They fall for each other but life doesn't fall easy for them.
It's well-written and the few typos don't interfere with reading.
It's does contain violence and drug references.
Read more
Report abuse
See all reviews
Get FREE delivery with Amazon Prime
Prime members enjoy FREE Delivery and exclusive access to movies, TV shows, music, Kindle e-books, Twitch Prime, and more.
> Get Started
Back to top
Get to Know Us
Make Money with Us
Let Us Help You
And don't forget:
© 1996-2020, Amazon.com, Inc. or its affiliates