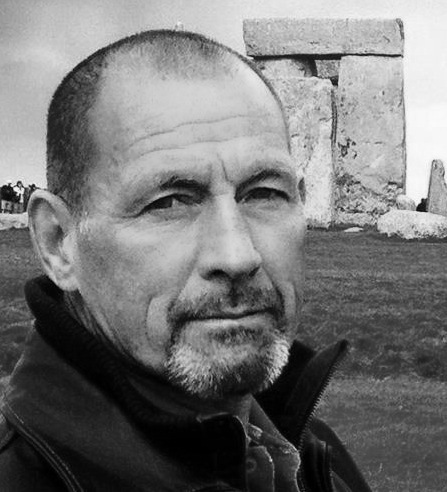 by F G Cottam (Author), David Rintoul (Reader)
4.4 out of 5 stars 30 ratings
See all formats and editions
Sorry, there was a problem loading this page. Try again.

This is the tale of a deadly conspiracy, an all-consuming obsession and an unlikely heroine.

Michael Aldridge, talented architect and devoted family man, has built his dream home on the Isle of Wight, but when strange coincidences take a sinister turn, he must uncover a long-forgotten secret before it's too late.

A wonderfully sinister new novella from the master of the chilling ghost story, The Going and the Rise questions how far you would go to realise your dream...and what you would risk to protect the one you love.

Get 90 days FREE of Amazon Music Unlimited
with the purchase of any eligible product. Shop now
Start reading The Going and The Rise on your Kindle in under a minute.

F.G. Cottam is the author of the Colony trilogy, three novels which explore the enduring enigma of New Hope Island, a desolate Hebridean wilderness from which a thriving community abruptly vanished almost 200 years ago.

The series begins with The Colony, continues with Dark Resurrection and concludes with his most recent book, Harvest of Scorn. Atmospherically located, the trilogy focuses on the present-day repercussions of an occult curse inflicted in revenge by a dying sorcerer.

Combining mystery and history in equal parts, and involving an all too human cast of characters, this three-book story is a saga of ambition and betrayal, courage and loyalty, dark magic and terrible secrets slowly uncovered.

Cottam’s paranormal debut The House of Lost Souls won The Children of the Night Award, was a Times Book Club choice and was translated into 16 languages. He is the author of eleven full-length novels, titles among which include The Waiting Room, The Memory of Trees and Brodmaw Bay.

4.4 out of 5 stars
4.4 out of 5
30 global ratings
How are ratings calculated?
To calculate the overall star rating and percentage breakdown by star, we don’t use a simple average. Instead, our system considers things like how recent a review is and if the reviewer bought the item on Amazon. It also analyses reviews to verify trustworthiness.

Sue de Nimes
5.0 out of 5 stars Nine tenths of the law
Reviewed in the United Kingdom on 5 January 2016
Verified Purchase
Our perception of supernatural possession has, inevitably, become conditioned by The Exorcist, a bestselling book which became one of the greatest horror films ever.
In real life, though, it’s not all green bile and revolving heads. Be a lot simpler if it was. But, for architect Michael Adridge, it’s a nine year-old girl who calls him a ‘brick’ and becomes jolly good at tennis.
This story references previous ones from FG Cottam, but if you haven't read them don't worry. It stands very much alone
Because it avoids sensationalism, this deftly-written novella really makes you think. How would you react if you had reason to believe that your self-designed perfect, modern home with sea view on the Isle of Wight, could, for reasons you might be embarrassed to explain, be about to destroy your family? What if you were wrong? Cottam’s calm, considered prose makes Aldridge’s solution heartbreakingly convincing.
Read more
Report abuse

G COTTON
5.0 out of 5 stars A slant on reincarnation
Reviewed in the United Kingdom on 16 May 2016
Verified Purchase
This is a well constructed ghost story with an intriguing and original slant on reincarnation and for those who have still yet to read this authors work , it could be taken as a microcosm of most of his novels.
Although only a comparative short story it still follows the same format, the slow build-up , the lonely background, the haunted building , the volatile relationships and for him the almost obligatory dip into the early nineteen hundreds.
The only criticism I would have is that the ending seem to be too abrupt and not very convincing. An indication perhaps that this also should have been a novel.
Read more
One person found this helpful
Report abuse

JK
4.0 out of 5 stars Haunted house or haunted mind?. That's the puzzle to be solved.
Reviewed in the United Kingdom on 27 August 2016
Verified Purchase
A short story, approx 74 pages, featuring architect, Michael Aldridge and his nemesis; a beautiful house with a sea view on the Isle of Wight. Although the house itself, designed by Aldridge, is picture perfect, the land on which it is built holds a great many secrets. As unsettling events begin and elements of possession take hold it's up to Aldridge, to solve the riddle of hidden paintings, make sense of cryptic messages and discover the truth behind the rituals of the powerful Jericho Society.

'The Going and The Rise' contains slight references to some of Cottam's previous stories in the 'Jericho' series but works well as a stand alone, a one off, if you haven't read the others.

Complex, surreal and yet traditional story without many surprises but; a decent yarn and an entertaining read.
Read more
Report abuse

In some ways, this novella (70 pages or so) worked better than some of Mr Cottam's novels (all of which I've enjoyed). The tension was drawn out just long enough - any longer and things might have sagged. Some ends were left deliciously loose. A sequel?

The protagonist is well-drawn and, unusually for a horror, believable. What struck me is that it was obvious the protagonist wasn't a dumb-bunny horror innocent. He wasn't working in a vacuum and he knew the obvious horror tropes - he wouldn't have suggested going into the cellar, for example. I wouldn't mind spending some more time in his company. I'd also like to get to know Ruthie a LOT better - she's exciting.

I'm off to buy another Jericho novella - Mr Cottam may have a hot series on his hands.
Read more
One person found this helpful
Report abuse

Jay
5.0 out of 5 stars Spooky goings on!
Reviewed in the United Kingdom on 14 December 2015
Verified Purchase
I always enjoy F.G. Cottam's books and this is a taster for other books about the Jericho Society. What I love about Cottam's books are the suspense and the characters and the history he weaves into his stories. You get totally immersed in the spooky atmosphere and the lives of the protagonists. Ideal reading for this time of year!
Read more
2 people found this helpful
Report abuse
See all reviews
Back to top
Get to Know Us
Make Money with Us
Let Us Help You
And don't forget:
© 1996-2022, Amazon.com, Inc. or its affiliates