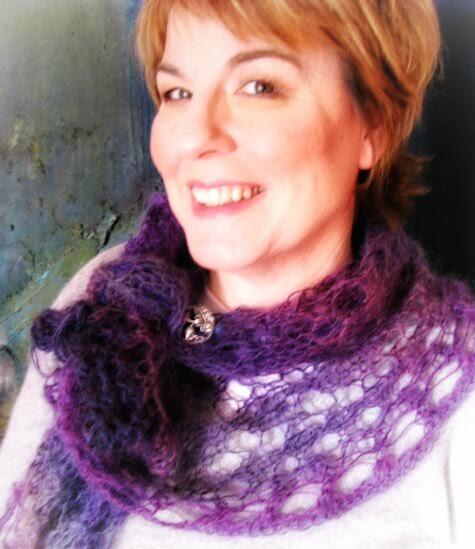 Page 1 of 1 Start overPage 1 of 1
This shopping feature will continue to load items when the Enter key is pressed. In order to navigate out of this carousel please use your heading shortcut key to navigate to the next or previous heading.
Back
Next
Start reading Going Overboard (SEAL and Code Name Book 2) on your Kindle in under a minute.

Carolina Sullivan needs a man's body bad....
Only the most gorgeous hunk will save fast-track photographer Carly Sullivan's job, but finding the right man isn't easy when you're on a ship in the middle of the Caribbean and the model you hired turns out to be a disaster.
With her hopes sinking faster than the "Titanic, Carly spots the most beautiful man she's ever seen. Ford McKay swears he's a rancher from Wyoming, but Carly has her suspicions. Then all hell breaks loose in their island paradise and the sexy stranger is all that protects Carly from a hail of bullets.
Ford McKay knows that mixing business and pleasure can be murder, and he's not about to compromise his current mission for an obstinate redhead who can't forget her camera for a nanosecond. But when Carly is wounded, the rugged Navy SEAL can't just walk away.
As fate forces the two into excruciatingly close quarters, Ford finds his heart taking a tumble. Soon the straight-arrow SEAL discovers that with the right woman, going overboard can be unforgettable.

Jane
1.0 out of 5 stars I didn't enjoy the heroine, and I wanted it to be over.
Reviewed in the United States on 29 November 2008
Verified Purchase
STORY BRIEF:
Nigel is governor of Santa Marina. He suspects bad guys may do harm to him, his daughter Daphne and her friend Carly. He hires Ford a Navy SEAL to watch over Carly, and he hires a local police chief to watch over Daphne. Carly is a photographer filming commercials on a cruise ship. The wrong model was hired, and she uses Ford as a substitute model. She doesn't know that Ford is there to watch over her. She thinks Ford is a rancher from Wyoming. Bad guys follow and shoot at Carly and Daphne. Ford is there to protect them.

REVIEWER'S OPINION
CAUTION, INCLUDES SOME SPOILERS:
This book was not "outrageous fun" as described on the cover. Nothing surprised or delighted me. I wasn't drawn to Carly and had trouble identifying with her. She lost one account doing one commercial and grieved as if her life were over. My gosh, there are other jobs out there, especially for someone as talented as she is. She also got angry too frequently and easily. Several scenes bothered me. They were too contrived and predictable to be entertaining. For example, when Carly first meets Ford, she offers him $500 for an hour's work. She says it in a way that implies she is buying sex, when in fact she needs a model for the commercial. His reaction and then her reaction creates conflict, with Carly then being angry and furiously stomping away. Another example is Carly asking him several times, who he was, why he was there, etc. Other than saying he was from Wyoming (which was true prior to joining the Navy), he just stayed silent saying nothing. Later when she guesses that he is military, she is furious saying he lied to her, and stomps away. The way I see it, he never lied, he just never told. This was conflict due to her inaccurate assumptions. I don't enjoy this type of conflict. I was also annoyed that Carly went to the kidnappers all alone with no weapons or tracking devices, thinking she could help, but all she did was get kidnapped as well. This is stupidity. Aside from Carly, I was a little confused about the bad guys. By the end of the book, I still didn't know much about what they were planning. I would have liked a few more details about that. Other parts of the story were ok. Ford was good.

MaryannJr
5.0 out of 5 stars Another Winner !
Reviewed in the United States on 3 May 2001
Verified Purchase
I fell for Christina Skye after '2000 Kisses' so I bought 'Going Overboard' automatically. I knew it was a book I would read and enjoy... and boy, was I right ! Ms. Skye's charactres always seem SO vibrant and real, you almost feel like you could pick up the phone and call them. In 'Overboard', Carly and Mc Kay were no exception. Carly is the workaholic photographer haunted by the similarities to her deceased mother that she is only now discovering in herself. Mc Kay is the too-gorgeous-to-be-true hunk who bails her out of a jam professionally, and then risks his life to protect her when some slimey Russians take greed and revenge too far. Of course, being a Navy SEAL helps.
As usual, the course of true love is anything but smooth, and the pair find themselves caught in the middle of a dangerous swirl of murder and deception. Basically, this book has everything. Looking for romance? Got it. Mystery? Check. Side-splitting dialogue and sharp witted sexual tension? Bingo.
This book is everything we buy romantic suspense for. Don't wait. Click on the 'order' icon now. You won't regret it.
Note to Ms. Skye . . . any chance of catching up with Daphne Brandon in future books ?We would love to see wht her future holds =:)

ltk wine country
5.0 out of 5 stars Sexy seals
Reviewed in the United States on 22 November 2018
Verified Purchase
Love the picture painted in your mind as you read about the seals working for err our country. Love a man in uniform
Read more
Report abuse

Ginger L. Savage
5.0 out of 5 stars Loved it!
Reviewed in the United States on 19 April 2001
Verified Purchase
I was thrilled at the release of Going Overboard. This sweet and suspenseful book was loaded with lots of heat. Carly Sullivan is out to find the perfect man for the perfect commercial. She finds Ford McKay, Navy SEAL, who has been sent to protect her. Sparks fly. The story was nicely paced and the characters were well written. I wish Ms. Skye would have instensified the ending a tad. Ford's fear of the future could have been more poignant. (Julia Quinn's Duke and I, has changed how I view romance heroes!) The epilogue was sweet and left me wanting more. Ok, Ms. Skye, how about one big last bash at Draycott Abbey?
Read more
2 people found this helpful
Report abuse

Barbara Greer
4.0 out of 5 stars good quick read
Reviewed in the United States on 28 November 2004
Verified Purchase
This is the first book of this author's that I have read and thoroughly enjoyed it. I loved the banter between the characters. I loved the vivid descriptions of the characters and the exotic settings. The action kept the story moving. I couldn't put it down. I'm a big fan of military romance (Navy SEALs in particular). I didn't give it a 5 star rating because it doesn't compare with others I have read. If you like military romance, you should read this book. It's middle of the road between being really weak and too heavy. If you're looking for something a bit heavier, or with a bit more action with the romance, I suggest Suzanne Brockmann's SEAL Team16 series.
Read more
One person found this helpful
Report abuse
See all reviews
Get FREE delivery with Amazon Prime
Prime members enjoy FREE Delivery and exclusive access to movies, TV shows, music, Kindle e-books, Twitch Prime, and more.
> Get Started
Back to top
Get to Know Us
Make Money with Us
Let Us Help You
And don't forget:
© 1996-2020, Amazon.com, Inc. or its affiliates