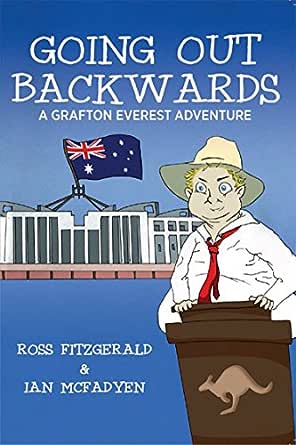 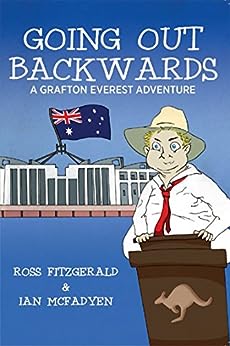 Bumbling Mangoland academic, Professor Dr Grafton Everest, has been elected to the Australian Senate, without really knowing why, and due to the influx of weird Independents, finds himself holding the balance of power. Despite this, his personal life is a train wreck. A prostatectomy has left him impotent, his daughter is staging a theatrical event with an outlaw motorcycle gang and he suspects his wife is planning to have him put to sleep. On top of it all, Australia is facing natural disaster from Tectonic Change. Can Grafton save his family, his country and himself?

Shortlisted for 2017 Russell Prize for Humour.

'Grafton Everest is a wonderful creation whom I would place without question in the ranks of Philip Roth's Portnoy and Kingsley Amis' Lucky Jim.' - Barry Humphries

Ross Fitzgerald AM, political commentator, biographer, novelist, historian and broadcaster, is Emeritus Professor of History and Politics at Griffith University. Professor Fitzgerald is the author of 38 books, including four other Grafton Everest fictions. His memoir My Name is Ross: An Alcoholic's Journey, published by New South Press Sydney, is available as an ebook and a Talking Book, published by Vision Australia. He lives in Redfern, Sydney. Ian McFadyen has been writing for stage, radio, film and television for over forty years. Best known as the creator of the very popular The Comedy Company and other TV series, Ian is also an actor, director and teacher who now devotes much of his time to painting. He attributes his interest in politics to his original training as a criminologist. He currently lives in Brisbane.
click to open popover