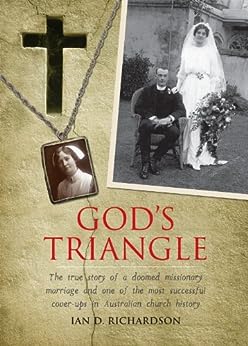 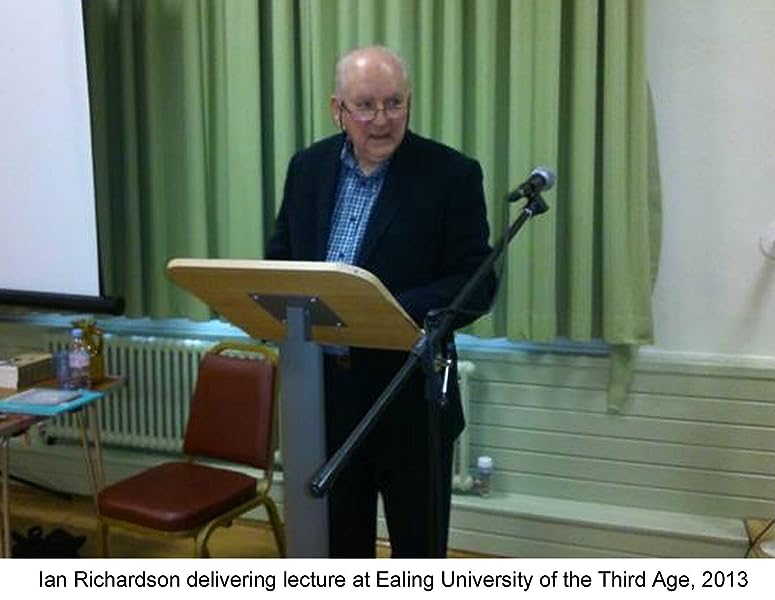 TG
4.0 out of 5 stars A Marriage Not Made in Heaven
Reviewed in the United Kingdom on 26 November 2012
Verified Purchase
When Florence Cox sailed from early 20th century Australia to Bengal (now Bangladesh) to marry her fiance, Frank, life seemed to smile on her. She was marrying the man she loved and both were embarking on life as missionaries for the Baptist Church. Just a few years later she was back in Australia a broken woman, the subject of a scandalous divorce - so scandalous, in fact, that the normally prurient Australian papers didn't publish the details; and the pertinent court records became the subject an indefinite secrecy order.
Years later though, a singularly stubborn journalist decided to tell her story. Ian Richardson, formerly of the BBC World Service, is Florence's great-nephew. He grew up vaguely aware of something not quite right about "Aunt Florrie." Finally curiosity got the better of him and he started to research her story to find out whether it was worth telling.
Well, it was well worth telling and he tells it very well.
What you have in this book, in fact, are two stories: one, the sad, harrowing even, tale of a woman fatally let down by her church, her family, her society, and her gender, the victim of ignorance and prejudice; and two, the addictive story of how a determined journalist overcame unexpected obstacles and finally ferreted out the truth. He took on family sensitivities, ongoing prejudice and ignorance and even the courts - and won!
You find yourself rooting for him every step of the way.
It would spoil the story to reveal here the roots of the scandal and Florrie's problem; but I will say that it is to Richardson's credit that having found out the truth he doesn't stop there; but goes out in search of further ways fully to understand and explain Florrie's condition. The final section where he hears the stories of Florrie's modern day counterparts is informative and very moving.
I learned much I didn't know, and for that alone the book would have been worth reading; but following a good journalist through the ups and downs of cornering an elusive story, and through his efforts meeting sad Florrie are even better reasons to read this book.
So, do give it a try!
Read more
5 people found this helpful
Report abuse

E. Blunt
3.0 out of 5 stars Tribute to a Tragic Great-Aunt
Reviewed in the United Kingdom on 31 January 2013
Verified Purchase
God's Triangle tells the story of Ian Richardson's search for the truth about his Great Aunt Florrie, whom older members of the family refused to discuss, and who died in an institution, certified as insane.
Florrie's story certainly deserves a wider audience, as it is gradually revealed how a congential problem combined with the sexual prudery of the age and a terror of scandal to cause a major upset in Australian Baptist mission circles, and to ruin the life of a gentle and dignified young women.
Now her great-nephew, in a sympathetic portrait, has finally put the truth on record.
Read more
One person found this helpful
Report abuse

Anita Coulson
5.0 out of 5 stars A dogged journalist seeks answers to a family mystery
Reviewed in the United Kingdom on 16 June 2013
Verified Purchase
Ian Richardson begins to unpick a web of deceit spun around the failure of his Aunt's marriage and stumbles upon a family secret. His research reveals the tragic cost of a little-known syndrome and also throws light on the failure of the Australian Christian missions in Imperial India.
Read more
One person found this helpful
Report abuse

Katy4u
5.0 out of 5 stars God's Triangle
Reviewed in the United Kingdom on 25 August 2013
Verified Purchase
Very well written and well researched.
The book initially explains the life of missionaries and then God's Triangle highlights an unusual and not well known female medical condition.
The reader is then left with an insight into the condition and a sadness for the sufferers.
Read more
One person found this helpful
Report abuse

old fogey
2.0 out of 5 stars Personal research into family history
Reviewed in the United Kingdom on 15 January 2013
Verified Purchase
Not sure this merits publication for the wider audience. Interesting historical and sociological research, but not interesting enough for an entire volume.
Read more
Report abuse
See all reviews
Back to top
Get to Know Us
Make Money with Us
Let Us Help You
And don't forget:
© 1996-2021, Amazon.com, Inc. or its affiliates