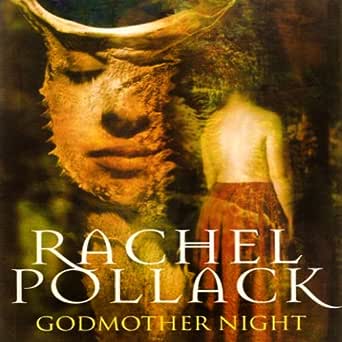 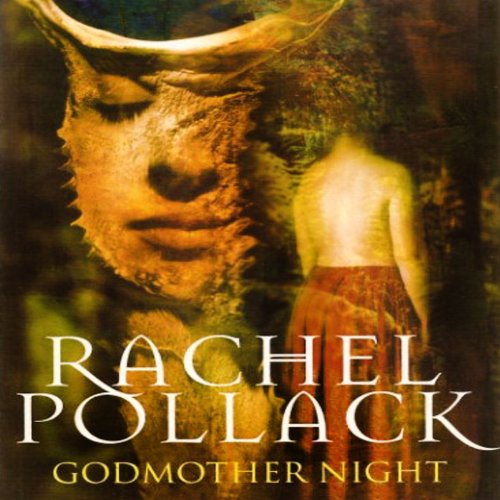 lisaleo (Lisa Yount)
4.0 out of 5 stars disparate elements that come together only toward the end
Reviewed in the United States on 11 March 2018
Verified Purchase
I had somewhat mixed feelings about this book for much of its length because the main elements in it, though both were well done, did not really seem to fit together. One element is a lesbian love story (eventually, two)—and yes, there is sex, sometimes fairly graphic (plus perhaps a bit more about DIY/“turkey baster” artificial insemination than readers might want to know). The other element is the three main characters’ encounters with a mysterious Death Goddess, “Mother Night,” who introduces the first couple and later becomes godmother to the third character, their child. Another reviewer rightly points out Mother Night’s resemblance to the mysterious woman in Jean Cocteau’s Orphee, complete with her motorcycle-riding helpers; she definitely puts a whole new spin on the “fairy godmother” concept!

At first the meetings with Mother Night occur rather infrequently and (except for the initial one, in which she introduces Laurie and Jaqe, the two lovers-and-parents-to-be) seem to have little direct impact on the two women’s lives. Most of the first third of the book is devoted to the pair’s struggles with their parents, Laurie’s graduate-school studies, etc., which require no fantasy elements at all. Mother Night and other fairy-tale features are more strongly involved in the second third of the book, in which the couple deals with Jaqe’s sudden, powerful urge to have a baby—but they still feel rather separate; close to one another as they are portrayed as being, Jaqe and Laurie never talk to each other about the mysterious events in which they individually have taken part. Only in the last part of the book, told from the point of view of Kate, Jaqe and Laurie’s daughter and Mother Night’s goddaughter, do the realistic and the magical fully come together… with a definite emphasis on the magical.

Of the two aspects of the story, I was more interested in the fantasy one, so I found the first half or so of the book rather slow going. I had no objection to Laurie and Jaqe as characters, but I wasn’t strongly attracted to them either. On the other hand, I found Mother Night extremely well done—perhaps not surprisingly, since Pollack, as a Tarot expert, is bound to be well acquainted with archetypes. I also found Kate, the daughter/goddaughter, more interesting than her parents, as she faces moral dilemmas brought about by her magical heritage. The last third of the book, focusing on these two and their relationship, became very powerful for me. Overall, therefore, I would recommend the book, though different parts of it may appeal to different readers.

AmazonAddict
3.0 out of 5 stars Book came without jacket.
Reviewed in the United States on 6 September 2019
Verified Purchase
Love the book. Read it when I was young and have been wanting a copy ever since. However the book was listed as used but like new and it arrives without the jacket which I’m disappointed about since I wanted to display the book on my shelf.
Read more

Susanne DS
3.0 out of 5 stars A Light Read at Best
Reviewed in the United States on 10 August 2015
Verified Purchase
I was expecting more from an award winning novel. The characters were interesting but some left center stage just when they became interesting. I have to admit that I am still uncertain of what or whom "Godmother Night" represents. And then there were the dead who reappear seeking "?" and behave like nuisance vagrants. I thought this reanimation was a prelude to a return to the plot of more important characters to enlighten the reader and give more depth to the narrative. Not so.
Read more
Report abuse

Joan Pantesco
5.0 out of 5 stars Five Stars
Reviewed in the United States on 25 August 2014
Verified Purchase
I have been wanting a copy of this book for quite some time. An absolute keeper.
Read more
Report abuse

Myra N. Love
5.0 out of 5 stars Read this book!
Reviewed in the United States on 5 April 2015
Verified Purchase
Terrific writing!
Read more
Report abuse
See all reviews
Get FREE delivery with Amazon Prime
Prime members enjoy FREE Delivery and exclusive access to movies, TV shows, music, Kindle e-books, Twitch Prime, and more.
> Get Started
Back to top
Get to Know Us
Make Money with Us
Let Us Help You
And don't forget:
© 1996-2020, Amazon.com, Inc. or its affiliates