God of Broken Things (The Age of Tyranny Book 2) and over 1.5 million other books are available for Amazon Kindle . Learn more
Share <Embed> 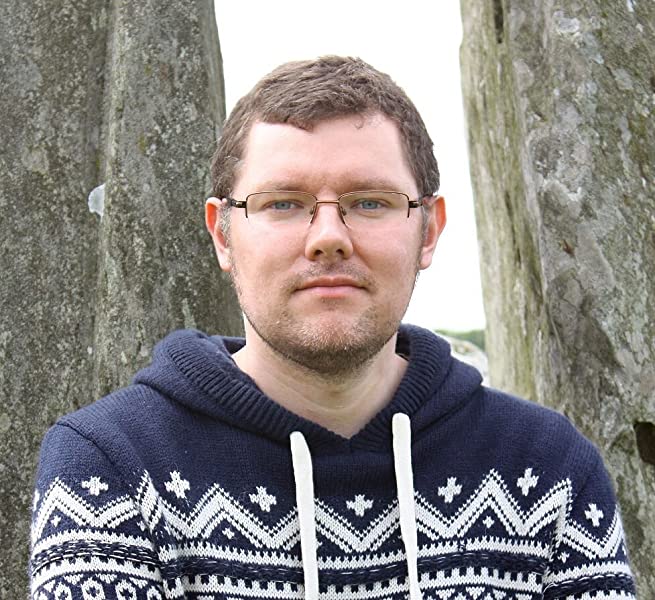 Page 1 of 1 Start overPage 1 of 1
Previous page
Next page
Start reading God of Broken Things (The Age of Tyranny Book 2) on your Kindle in under a minute.

A wicked sense of humor and a cast of flawed but striving-for-good characters keeps this mid-series entry from getting too grimdark.﻿
- B&N Sci Fi & Fantasy Blog

Sword-swinging action, virulent and explosive magic, and a host of quirky and entertaining characters... Johnston depicts a beautiful and lavish world that is a feast for the imagination.
- Grimdark Magazine Cameron Johnston delivers again!... The Age of Tyranny is a series that should be on the top of everybody's pile to read.
- Dark Side Reads If you enjoy bloody, highly tactical magic battles, a slow burn demonic history reveal, and a grumpy and relatable jerk who you can't help but root for despite his flaws, God of Broken Things is your jam.
- The Fantasy Hive "The end result is that Johnston delivers a kick-in-the nuts, edgy, and dark book that excites on every level."
- New York Journal of Books PRAISE FOR THE TRAITOR GOD "An assured and complex debut novel with a main protagonist of questionable loyalty and morals that, despite yourself, you can't help but love. It's not often you come across a fresh voice and a fresh take on magic, but The Traitor God gives both. Moments of absolute horror sit cheek by jowl with humour of the blackest kind and some of the monstrous creations in this book are nauseatingly wonderful. After a slightly slow start I found it increasingly difficult to put this book down. I dearly hope we get to see more of Magus Edrin Walker in future books."
- Anna Stephens, author of Godblind

"From the frantic opening page, The Traitor God grabs you and doesn't let go. Facing Gods, monsters, and a magic elite that wants him dead, Edrin Walker's return to Setharis is a noirish romp packed with action and laced with black humour, and marks Cameron Johnston as a real name to watch in the epic fantasy genre."
- Neil Williamson, author of The Moon King

"Cameron Johnston is an exciting new voice in fantasy. His writing has a dark sense of humour and his debut is bursting with imagination and wonders. Fantastic stuff!"
- Stephen Aryan, author of the Age of Darkness trilogy

"High magic and low lives collide in The Traitor God, one part street-level procedural and two parts an urban magic apocalypse, this is fantasy walking tall and carrying a big stick."
- Gavin G Smith, author of Age of Scorpio and The Bastard Legion

"The Traitor God by Cameron Johnston is part murder mystery, part detective story, and all fantasy that's full of magic, shady villains and even shadier heroes. A hugely enjoyable tale and definitely a 2018 debut to look out for. Marvellous stuff."
- Edward Cox, author of The Relic Guild Trilogy

"I'm looking forward to seeing who and what Walker kicks in the balls in the sequel. If you enjoy clever gray characters, gritty but interesting worlds, and creepy magic, this book is for you."
- Fantasy Hive

"There's a wonderful coarseness and vivacity to the world Johnston has created, and the magic and monsters featured are as horrific as they are fascinating. The finale is truly epic, and about as thrilling as they come."
- Alan Brenik

This is a tightly written, believable world, one which will make you sit up and take notice. It's not pretty, by any means, but it'll seep off the page and into your pores. It's snappy, tautly written prose kept me turning pages until far too late in the night.
- Sci-Fi and Fantasy Reviews

"From the frantic opening page, The Traitor God grabs you and doesn't let go. Edrin Walker's return to Setharis is a noirish romp packed with action and laced with black humour, and marks Cameron Johnston as a real name to watch in the epic fantasy genre."
- Neil Williamson, author of The Moon King

CAMERON JOHNSTON lives in Glasgow, Scotland, with his wife and an extremely fluffy cat. He is a swordsman, a gamer, an enthusiast of archaeology, history and mythology, a builder of LEGO, and owns far too many books to fit on his shelves. He loves exploring ancient sites and camping out under the stars by a roaring fire.

meg
5.0 out of 5 stars Awesome
Reviewed in Australia on 23 July 2019
Verified Purchase
I have read both books in this series and what a joy they have been,well done,I even paid full price and they're worth every penny,so read and be prepared for an epic journey.
Read more
One person found this helpful
Helpful
Report abuse

Garry in Thailand
5.0 out of 5 stars Great read
Reviewed in Australia on 2 February 2021
Verified Purchase
I dont often give a book five stars, but this read kept me enthralled to the end, had to keep reading well into the night to finish.
Read more
Helpful
Report abuse

Sandy Wilson
5.0 out of 5 stars If you enjoy adventure books, try this one.
Reviewed in Australia on 11 October 2019
Verified Purchase
The hero is a rogue but aah, so good at it that you just have to smile. Loved the magic and battle scenes. Definitely an adult book and very well written. Cameron Johnston is an excellent story teller and wordsmith and I really enjoyed the earlier books leading up to this book. If you like a good book with a bit of blood and gore, buy this and his earlier books.
Read more
Helpful
Report abuse
See all reviews

Hannah spencer
5.0 out of 5 stars A fantasy masterpiece
Reviewed in the United Kingdom on 14 December 2019
Verified Purchase
This book is the second in the series and builds on what was already a brilliant story. The author had built an intricate and in-depth world in the first book and now reveals this was just scratching the surface. The story becomes a battle between living beings and their destructive opposite which began long before humans appeared on the scene and explains the purpose of their evolution and their magical gifts. The author has achieved an incredible amount with this book and I can't wait to see what he writes next.
Read more
Report abuse

Kindle Customer
5.0 out of 5 stars Can't wait to read more from this author.
Reviewed in the United Kingdom on 7 August 2020
Verified Purchase
I loved both of these books, I read them in 3 days and most of the night too! The characters are great and I laughed a lot in places, fast-paced and refreshing. I highly recommend giving these books a go.
Read more
One person found this helpful
Report abuse

Alison J Borthwick
5.0 out of 5 stars Escapism & A Down to Earth Tyrant
Reviewed in the United Kingdom on 5 October 2019
Verified Purchase
I loved the first book & empathised with Edrin Walker from the start. You knew he'd become a reluctant hero despite the arduous journey. This second book took up the mantle & Walker expanded his reluctant self belief & crass joking to the end.
I look forward to see what Cameron Johnston writes next with anticipation

Paddy
5.0 out of 5 stars Second book doesn't wane.
Reviewed in the United Kingdom on 26 January 2021
Verified Purchase
The first I gave 5 stars to. This is just as good. The author deftly manages the mages power and surrounding characters.
Read more
Report abuse

AlexPage
5.0 out of 5 stars Great story
Reviewed in the United Kingdom on 24 August 2019
Verified Purchase
Brilliant book. I wasn’t sure at the start but once again it developed into a must read
Read more
One person found this helpful
Report abuse
See all reviews
Back to top
Get to Know Us
Make Money with Us
Let Us Help You
And don't forget:
© 1996-2021, Amazon.com, Inc. or its affiliates