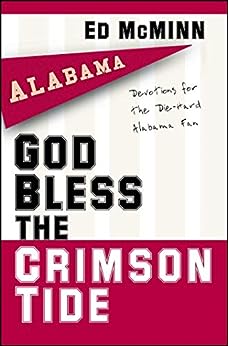 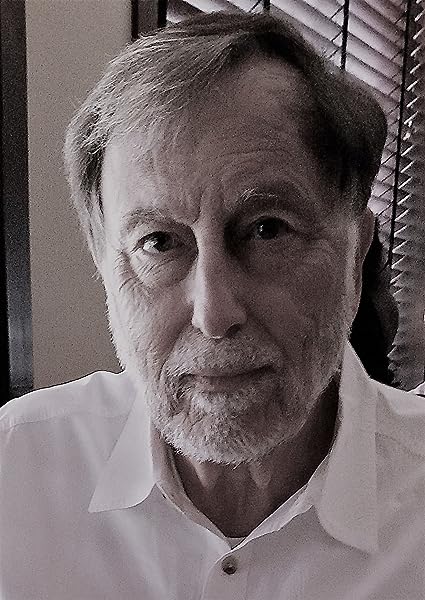 by Ed McMinn (Author) Format: Kindle Edition
See all formats and editions
Sorry, there was a problem loading this page. Try again.
Nothing in America is more exciting than college sports! And God Bless the Crimson Tide is the ideal book for the faith-filled and faithful Alabama sports fan!

Each weekend, stadiums and gymnasiums across America are filled with the sound of the band, the smell of nachos and hot dogs, and the roar of the fans. Sports have become an integral part of American life, and college fans are among the loudest and most faithful. These fans lead the cheers, speak the language, and know the history. They attend as many games as possible and want to know all they can about “their” team.

’Bama fans are no exception: just take a look at their T-shirts, pillows, bumper stickers, banners, screen savers, coffee mugs, blankets, license plates, and ringtones—all designed to declare their loyalty and cheer on their team.

This exciting collection of stories from the many sports played at the University of Alabama is perfect for the Crimson Tide fan who is also a fan of God. Each story, while giving accurate information concerning a sporting event, will also lead you into a moment of reflection about God and his greatness. Alabama fans will have the best of both worlds.
Read more
Previous page
Next page

"Pastor Ed McMinn demonstrates a unique ability to relate his knowledge of Crimson Tide athletics to spiritual truths. I learned things about Alabama athletics that I didn't know, even though I'm an athletic alumnus. Any fan of the Tide would benefi t from the bits of both worldly and spiritual wisdom contained herein. God bless and Roll Tide!" -- Pastor Alan Ward, Plainfield Baptist Church, and University of Alabama Class of '92

"A creative job of communicating the encouraging truths of God's Word through the window of Alabama's rich athletic history. From Coach Bear Bryant and gymnast Sarah Patterson to Senator Jeremiah Denton, who at one time said, 'We believe that on the eighth day the Lord created the Crimson Tide,' McMinn elevates Jesus Christ and his Word above it all!" -- Dr. Gary Cramer, director, Fellowship of Christian Athletes, University of Alabama --This text refers to an alternate kindle_edition edition.

Prior to entering ministry, Ed McMinn had a long career as a newspaperman including serving as news editor and managing editor of various newspapers throughout the southeast. He has long been involved in various community endeavors. Mr. McMinn has a degree in English from the University of Georgia. He continued his education with a MA in English, as well his Master of Theology from Emory. --This text refers to an alternate kindle_edition edition.

Ed McMinn is the author of an ongoing series of daily devotional books that are unusual in their combination of sports and faith. As an avid college football fan, McMinn wanted to create a format combining his passion for sports with his love of God to encourage other Christians in their daily faith walk.

A devotional book for fans of any and every sport that a university has to offer, each day's devotion begins with a Bible verse and then recounts a story of a university hero, legend, tradition, or great victory and relates it to scripture. The devotion moves from a sports moment to a moment of reflection about God. McMinn tackles many everyday issues including success, living faithfully, self-esteem, work, fatherhood, relationships, and pressure.

"I was looking for an outlet to take faith into the real world; to reach sports fans with a Christian message in unexpected, but realistic places," McMinn says. "For many people, their faith is a one-day-a-week thing, maybe on Wednesday nights also, but the rest of the week it is a separate life. The point these devotional books make is that the things that you love outside of your church life are also places where God can be found."

McMinn's God Bless the Vols and God Bless the Crimson Tide were published in 2007 by Howard Books, the Christian publishing arm of Simon & Schuster. Extra Point Publishers continued the series with the publications in 2007 of Daily Devotions for Die-Hard Fans: Georgia Bulldogs and Daily Devotions for Die-Hard Fans: Auburn Tigers. In 2008, the series continued with NASCAR, Florida Gators, and Florida State Seminoles. Then in 2009, releases included Georgia Tech, South Carolina, and Clemson. More than 19 titles are currently on the schedule for the upcoming year.

As a University of Georgia alumnus, McMinn understands how strongly fans feel about their sports team and encourages Christians to feel that strongly about their faith as well.

After being called into the ministry, Ed graduated from Emory University's Candler School of Theology with a Master of Divinity. While he was in school, Ed served for three years as the pastor of two United Methodist churches in Northwest Georgia. He then served briefly as the Associate Pastor of a United Methodist church in Middle Georgia before being called to serve as the first pastor of a start-up non-denominational church in the same area. After serving the non-denom church for five years, he retired in June 2008 to pursue his love of Chrisitan devotional writing. Ed entered the ministry after an extended career as a newspaper editor and college teacher of journalism and English.

"It's all about passion," states McMinn. "I frequently am asked how I came up with the idea and all I know to say is divine inspiration. It's a joke, but also contains much truth. I am a retired pastor now and I went into the ministry very late; for most of my life I was a newspaper guy and a college teacher. That love of English and of writing has stayed with me and coupled with being a sports 'nut', the idea came to try to meld the two: college sports and God. As a matter of fact, many people tell me they get so carried away with the stories that they read straight through the whole book in a few days and then go back and treat it like a devotional."

The books are reader-friendly and non-denominational with a light but poignant theological perspective on integrating faith into other life passions.

To request Ed as a guest speaker or to schedule an interview, contact Extra Point Publishers.

Story Angel
5.0 out of 5 stars Brilliant for a Bama fan!
Reviewed in the United States on 5 January 2013
Verified Purchase
I bought this for my husband for Christmas and he is absolutely thrilled with it!

I flicked through it and appreciated its layout; hubby appreciates the content even more than I can comprehend. The perfect gift for any Bama fan wanting to find new ways to explore their faith and see God's hand at work within the realm of sport.
Read more
One person found this helpful
Report abuse

Kristian Harrison
5.0 out of 5 stars Nice
Reviewed in the United States on 20 August 2020
Verified Purchase
Got as a gift for my FIL for Father’s Day. He loved it
Read more
Report abuse

MrsWallace1974
5.0 out of 5 stars Great book for the Alabama fans
Reviewed in the United States on 5 December 2011
Verified Purchase
If you have an Alabama fan who is also a Christian in your life, this is the perfect book. It is really motovational and is a good pick-me-up. I give it a solid "Amen!"
Read more
One person found this helpful
Report abuse

Frank Downs
5.0 out of 5 stars Great Bible verses
Reviewed in the United States on 6 June 2015
Verified Purchase
Great book and great stories. I remember a lot of these stories. Great Bible analogy to go along with the stories.
Read more
Report abuse
See all reviews
Back to top
Get to Know Us
Make Money with Us
Let Us Help You
And don't forget:
© 1996-2021, Amazon.com, Inc. or its affiliates