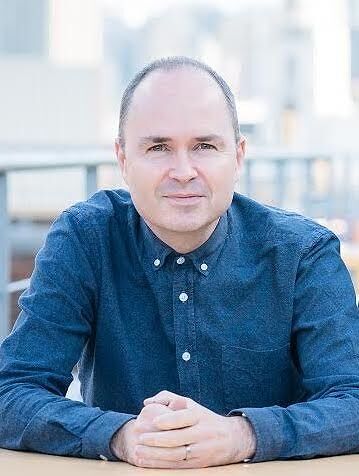 Go Luck Yourself: 40 Ways to Stack the Odds in Your Brand's Favour Paperback – 8 June 2021

by Andy Nairn (Author)
5.0 out of 5 stars 14 ratings
See all formats and editions
Sorry, there was a problem loading this page. Try again.
Read more Read less
Previous page
Next page

A fabulous book on the underappreciated role of luck in business, brimming with fresh stories and practical advice. -- Richard Shotton, author of The Choice Factory

Andy's influence on the industry is far-reaching, and his strategic leadership undeniable. -- Campaign

"An inspiring yet practical book, full of compelling ideas on how to enhance your competitive advantage and see opportunity everywhere. A brilliant read!" -- Syl Saller CBE - Former Global CMO of Diageo

"Andy is as insightful and practical as he is punchy and funny. Maybe you'll buy this book for the title, but I guarantee you'll find yourself returning to it whenever you could use a little luck." - Elle McCarthy, Head of Brand at Electronic Arts

"Don't try to improve your luck by forking out your hard earned cash on expensive charms, amulets and talismans, buy this book instead. You won't regret it." Helen Rhodes - ECD of BBC Creative

"Go Luck Yourself is like wandering round a gallery of great strategic thinking... and then getting to take it all home with you to make your own place look better. Fresh, fun, generous, fascinating - this a book stuffed full of stimulating ideas for any restless challenger to steal and use." -- Adam Morgan, author of Eating the Big Fish and A Beautiful Constraint

"I really enjoyed this. It's a fascinating subject and Andy's style is very readable. The selection is as much fun as the pick and mix at Woolworth's, but without the security guard watching your every move." -- Zaid Al-Qassab - CMO of Channel 4

"Prepare to get well and truly lucked. Your team/agency/client/brand/customers will thank you." -- Caroline Pay - CCO of Headspace

"The one thing that ALL successful people have in common is a conscious relationship with luck. Luck is now something that you can practise daily. What a gift." -- Jonathan Mildenhall - CMO of Dave

"This really is the perfect strategist's handbook, with great examples, anecdotes, quotes, facts and advice. I found myself time and time again thinking 'I wish I'd come up with that' and now having read it, I just might." Bridget Angear - Joint CSO of AMV BBDO

Andy Nairn has led a charmed life. He stumbled into advertising after studying Law at Edinburgh University. Almost 30 years later, he's one of the world's most respected brand strategists and a founder of one of the UK's most successful creative agencies. Lucky Generals has been shortlisted for Campaign magazine's Agency of the Year for the last five years in a row and Andy has been named the country's top strategist for the last 2 in a row. He has also been listed as one of the top five creative people in world advertising, by Business Insider. Now he wants to share his luck with others, so he's donating his royalties to Commercial Break: an organisation that helps working class talent break into the creative industries.
Start reading Go Luck Yourself on your Kindle in under a minute.

5.0 out of 5 stars
5 out of 5
14 global ratings
How are ratings calculated?
To calculate the overall star rating and percentage breakdown by star, we don’t use a simple average. Instead, our system considers things like how recent a review is and if the reviewer bought the item on Amazon. It also analyses reviews to verify trustworthiness.

Carl Ratcliff
5.0 out of 5 stars THE ART OF LUCK
Reviewed in Australia on 26 July 2021
Verified Purchase
Andy Nairn is, arguably, the best brand strategist in the world right now. His accessible tone belies an outstanding mind and visionary understanding of the role of luck in our lives. As people. And as marketing professionals. There are 40 chapters within, each detailing an aspect of luck from appreciating what you've got, looking out for opportunities everywhere, turning misfortune into good fortune and (my personal favourite) practise being lucky. This isn't cod philosophy though, its packed to the gills with creative wisdom. Superior fuel for all who work in comms, advertising, media, consultancy and client side too.
Read more
Helpful
Report abuse

James Askham-Levy
5.0 out of 5 stars I’m still processing this book …
Reviewed in Australia on 28 August 2021
Verified Purchase
Wow. Andy’s ability to contextualise strategy into a practical approach, with real-world examples, rather than an academic exercise in dick-swinging makes this book a keeper.
Read more
Helpful
Report abuse
See all reviews

Andrew Carolan
5.0 out of 5 stars Thanking my lucky stars - that I stumbled across this book!
Reviewed in the United Kingdom on 25 June 2021
Verified Purchase
Andy Nairn is at the top of his game within the advertising industry, and shares his own experiences and insights on the enigmatic subject of luck.
Supported by real experiences and anecdotes drawn from the advertising world, along with wider ‘lucky’ historical discoveries and inventions. Each chapter is formed within satisfying chunks, which make it a breeze to dip in and out of the book.

For entertainment value and engaging stories alone its a great read.
But I can imagine it would also be a great resource book for those within the advertising world, along with those involved in business and entrepreneurship - that want to try their luck at being luckier in their endeavours.
It’s a real page-turner!
Read more
Report abuse

RG
5.0 out of 5 stars Great read: helps you pull your head out of your...
Reviewed in the United Kingdom on 2 July 2021
Verified Purchase
Subtle, simple and impactful! This book poses questions about brands that are often overlooked... Meaning key insight and opportunities are missed! If this book doesn't help pull your head out of your rear-end, then you my friend are past help...
Read more
Report abuse

Nush
5.0 out of 5 stars It’s a great book for someone like me starting their career!
Reviewed in the United Kingdom on 29 June 2021
Verified Purchase
often the word luck is misinterpreted as negative. People don’t want to use the word luck in their journey as it takes away from supposed hard work. Andy’s book is a perfect read on how luck, of making your own, is positive and also has a lot to do with you. I have only just began my professional career and I can’t think of a better book to help understand the aspect of luck in my journey ahead. I will no doubt come back to this every year.
Read more

5.0 out of 5 stars It’s a great book for someone like me starting their career!
Reviewed in the United Kingdom on 29 June 2021
often the word luck is misinterpreted as negative. People don’t want to use the word luck in their journey as it takes away from supposed hard work. Andy’s book is a perfect read on how luck, of making your own, is positive and also has a lot to do with you. I have only just began my professional career and I can’t think of a better book to help understand the aspect of luck in my journey ahead. I will no doubt come back to this every year.
Images in this review

Helen
5.0 out of 5 stars Insightful, inspiring and impactful
Reviewed in the United Kingdom on 20 September 2021
Verified Purchase
I have really enjoyed reading this book. An amazing framework of 40 ways to stack the odds in your brands favour which I will be referring back to on a regular basis. All told through experience with fascinating anecdotes and case studies. A rare and treasured glimpse into how some of the best campaigns have been created. Thank you.
Read more
Report abuse

Nell
5.0 out of 5 stars An essential read for marketers and businesses owners
Reviewed in the United Kingdom on 3 October 2021
Verified Purchase
I devoured this book! It’s packed full of thought provoking ideas, which can be applied to ever shape or size of business. I love that it’s not written in jargon and theory but real, understandable examples.
Read more
Report abuse
See all reviews
Back to top
Get to Know Us
Make Money with Us
Let Us Help You
And don't forget:
© 1996-2021, Amazon.com, Inc. or its affiliates