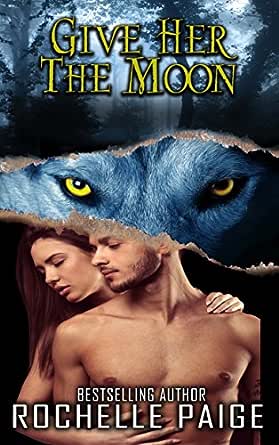 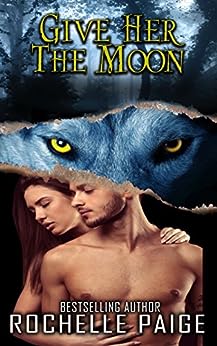 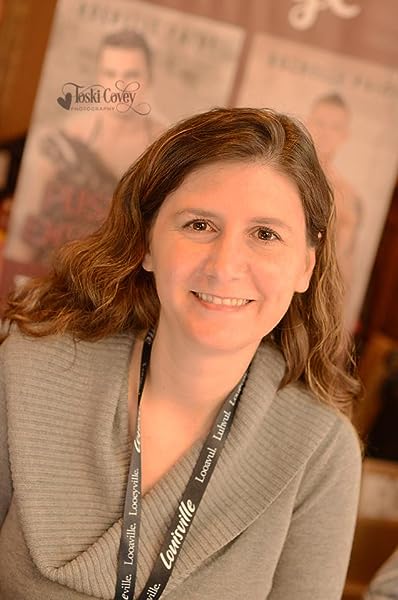 Give Her the Moon (Fated Mates Book 7) Kindle Edition

Seth Bashar carries the weight of the shifter world on his shoulders as the head of their council. Or at least it’s felt that way ever since he attempted the impossible—uniting witches and shifters. As he tries to maintain the delicate balance, finding his fated mate is more vital than ever.

Jane Smith has no responsibilities to anyone but herself. Finally. She’s more than happy to fade into the woodwork. But when her favorite customer insists on setting her up on a blind date, she reluctantly agrees.

It was only supposed to be a harmless night of fun... until it was more. Until he was everything.

Give Her the Moon was previously published as Ask for the Moon as part of the Paranormal Dating Agency Kindle World.

MonicaMartin41
5.0 out of 5 stars Cute
3 June 2017 - Published on Amazon.com
Verified Purchase
I really enjoyed this book. It sounded so awesome and I was happy with it! Seth is the head of the shifter council and he bears a lot of stress and weight on his shoulders. He's been told he needs to find a mate to help things along. Its not that he doesnt want a mate its just not been a priority. Until his beta recommends Gerri. Jane is perfectly happy working in the tea shop and being on her own. She doesnt feel she needs a man and refuses to let on she's lonely. Well, Gerri being a frequent tea drinker and becoming friends with Jane she wants her to have her happiness. She's got just the person! Their first meeting was cute and really hot. I just love how these 2 were so accepting of each other even her past and him being a council leader and things being a little unsettling within the council. Jane stepped right up and supported Seth and well he dealt with what happened with her old pack and I enjoyed that part! Recommend!
Read more
5 people found this helpful

Kindle Customer
4.0 out of 5 stars An awesome dose of shifter loving. ...
3 June 2017 - Published on Amazon.com
Verified Purchase
I never dreamed I would love shifter stories. Rochelle Paige introduced me to the shifter world and I love it- especially her spin om them.

In a perfect world, my shifter stories would have them celibate until they meet their mates. If you give me that, I'd be really happy. Sadly, that type of story is a unicorn of sorts. However, in true Rochelle Paige fashion- she gave us a fantastic SAFE read. There is no talk of their sexual past at all. There is no ow/om drama, at all. It was steamy, and sweet. Instalove with no pushing away. I'm such a happy camper right now!

My one and only beef was the lack of look into their future. Epilogues, for me, are a must. While there was one, it sadly didn't give us much.

Katelin Chaffin
5.0 out of 5 stars Wonderful book!
5 August 2017 - Published on Amazon.com
Verified Purchase
Gerri Wilder have the golden touch of matchmaking shifters with their fated mates. Jane is a lone wolf shifter that works at tea shop where one of her usual customer is Gerri Wilder. Gerri realize that she never seen her dating a man so she set on her finding her mate. Seth is an alpha wolf shifter and head of the Council. He is told by Damien dragon shifter and Council member that he should find his fated mate soon. He advised him to contact Gerri to find him a mate. It's kinda funny that she tells him to stop by a tea shop with a bag of baked goods. Jane and Seth are attracted to eachother and their wolves instantly. Seth did a great job of encouraging her to talk about her past and reminding her that her parent's death were not her fault. I recommend this book to someone who love to read paranormal romance books.
Read more
2 people found this helpful

Ski (luverofallthingsliterary)
5.0 out of 5 stars Ask for the moon but settle for a sexy wolf.....
14 July 2017 - Published on Amazon.com
Verified Purchase
Any one can ask for the moon but only one can grab a sexy wolf's heart. Who wants green cheese when you can have a wolf who is sex on 2 legs or 4? I know what I would choose (who needs cheese anyway)? She's been a lone wolf for far to long. He needs a mate. Who can help them both? Who else but Gerri Wilder! But when he finds his mate how will he deal with how her former pack has treated her? I can tell you this, it won't be pretty. Can a lone wolf find happiness with an alpha wolf? HELL YES! If explicit sex scenes turn you off, if sexy dirty talk bothers you, if a walking, talking sex machine is not your cup of tea, then this book and series is not for you. But if all these things turn you on then get this book and others in the series and get ready to rock and roll. If you dream of sexy shifters then your boat just pulled into port. Run don't walk up the gang plank. Highly,highly recommend.
Read more
One person found this helpful

Kindle Customer
5.0 out of 5 stars Fantastic shifter romance.
3 February 2019 - Published on Amazon.com
Verified Purchase
Seth is a leader of the Shifter Council, Alpha of his wolf pack, and unmated. He request a Dragoness to find him a mate or a date. She request that he delivers a package to Jane. Quickly he realizes that she is his mate.

He takes her to his pack as his mate, find out everything about her, and protects her. Jane is a wolf shifter without a pack.

The characters are relatable, unique, and sexy. The character of the Dragoness who finds made for shifters is also in interesting and unique personality. There is some slight drama in the plot. This is an enjoyable fast-paced read. I highly recommended this book.


Read more
Go to Amazon.com to see all 75 reviews 4.6 out of 5 stars
Get FREE delivery with Amazon Prime
Prime members enjoy FREE Delivery and exclusive access to movies, TV shows, music, Kindle e-books, Twitch Prime, and more.
> Get Started
Back to top
Get to Know Us
Make Money with Us
Let Us Help You
And don't forget:
© 1996-2020, Amazon.com, Inc. or its affiliates