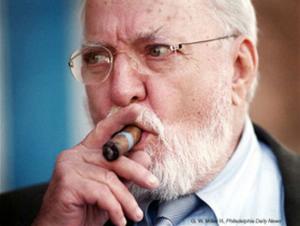 by W. E. B. Griffin (Author)
3.9 out of 5 stars 7 ratings
See all formats and editions
Sorry, there was a problem loading this page. Try again.
November 1942, war is raging in Europe. The invasion of North Africahas begun. In Washington, OSS chief Donovan finds himself fighting a rear-guard battle against an unexpected enemy: the rival intelligence chiefs back home. In France the Allies plan to use an experimental pilotless bomb.
Read more
Previous page
Next page

W.E.B. Griffin is the author of more than thirty epic novels in five series, all of which have been listed on The New York Times, The Wall Street Journal, Publishers Weekly and other best-seller lists. More than forty million of his books are in print in more than ten languages, including Hebrew, Chinese, Japanese, and Hungarian. Mr. Griffin grew up in the suburbs of New York City and Philadelphia. He enlisted in the United States Army in 1946. After basic training, he received counter-intelligence training at Fort Holabird, Maryland. He was assigned to the Army of Occupation in Germany, and ultimately to the staff of then-Major General I.D. White, commander of the U.S. Constabulary. In 1951, Mr. Griffin was recalled to active duty for the Korean War, interrupting his education at Phillips University, Marburg an der Lahn, Germany. In Korea he earned the Combat Infantry Badge as a combat correspondent and later served as acting X Corps (Group) information officer under Lieutenant General White. On his release from active duty in 1953, Mr. Griffin was appointed Chief of the Publications Division of the U.S. Army Signal Aviation Test & Support Activity at Fort Rucker, Alabama. Mr. Griffin is a member of the Special Operations Association, the Veterans of Foreign Wars, the American Legion, the Army Aviation Association, and the Armor Association. He was the 1991 recipient of the Brigadier General Robert L. Dening Memorial Distinguished Service Award of the U.S. Marine Corps Combat Correspondents Association, and the August 1999 recipient of the Veterans of Foreign Wars News Media Award, presented at the 100th National Convention in Kansas City. He has been vested into the Order of St. George of the U.S. Armor Association, and the Order of St. Andrew of the U.S. Army Aviation Association, and been awarded Honorary Doctoral degrees by Norwich University, the nation's first and oldest private military college, and by Troy State University (Ala.). He was the graduation dinner speaker for the class of 1988 at the U.S. Military Academy at West Point. He has been awarded honorary membership in the Special Forces Association; the Marine Corps Combat Correspondents Association; the Marine Raiders Association; and the U.S. Army Otter & Caribou Association. He is the co-founder, with historian Colonel Carlo D'Este, of the William E. Colby Seminar on Intelligence, Military, and Diplomatic Affairs. Mr. Griffin's novels, known for their historical accuracy, have been praised by The Philadelphia Inquirer for their "fierce, stop-for-nothing scenes." "Nothing honors me more than a serviceman, veteran, or cop telling me he enjoys reading my books," Mr. Griffin says. Mr. Griffin divides his time between the Gulf Coast and Buenos Aires.

.
1.0 out of 5 stars Just order Book III of the Men At War series....same book..
Reviewed in the United States on 26 December 2021
Verified Purchase
This, apparently, is the original title to the book III of the Men at War series, titled "The Soldier Spys".....don't waste your money on this, as the other title is available in paperback for less money.....That's probably why there was no text to review on the order page....
Read more
Report abuse

happy
5.0 out of 5 stars love this author
Reviewed in the United States on 14 November 2012
Verified Purchase
WEB writes excellent stories. do you want to read a good story with characters you can enjoy, root for or against?
Then get any one of his books. I have purchased everyone in hardback. And newer ones on my kindle.
I can reread each and every book. Thats a good storyteller.
Read more
One person found this helpful
Report abuse

Kenneth Ehemann
4.0 out of 5 stars why do I write if I don't you will not accept
Reviewed in the United States on 10 June 2013
Verified Purchase
It seem to be similar to another book series by the same person ? -Could it be Alec Baldwin or William Butterworth ?
Read more
2 people found this helpful
Report abuse
See all reviews