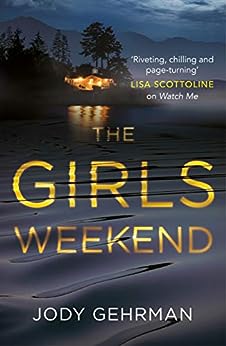 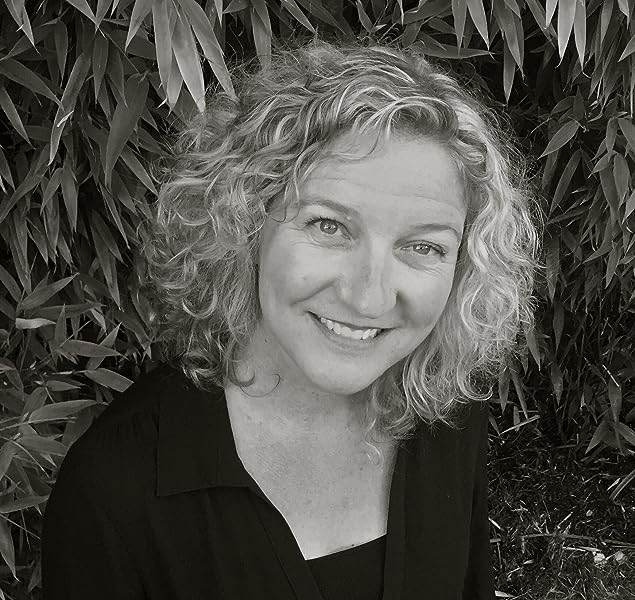 The Girls Weekend: A gripping, twisting thriller that grabs you from the opening line Kindle Edition

Jody Gehrman has authored several novels and numerous plays for stage and screen. Her young-adult novel, Babe in Boyland, won the International Reading Association's Teen Choice Award and was optioned by the Disney Channel. Jody's plays have been produced or had staged readings in Ashland, New York, San Francisco, Chicago and L.A. Her full-length, Tribal Life in America, won the Ebell Playwrights Prize and received a staged reading at the historic Ebell Theater in Los Angeles. She and her partner David Wolf won the New Generation Playwrights Award for their one-act, Jake Savage, Jungle P.I. She holds a Masters Degree in Professional Writing from the University of Southern California and is a professor of Communications at Mendocino College in Northern California. --This text refers to an alternate kindle_edition edition.

Early Praise for The Girls Weekend
"[An] exhilarating, atmospheric thriller exploring the darker side of friendship...dazzling prose and an eerily beautiful setting."
--Megan Collins, author of The Winter Sister "A pulse-pounding thriller...you won't be be able to set it down."
--Liz Fenton & Lisa Steinke, authors of The Two Lila Bennetts "A captivating who-done-it and a tour de force thriller...Simply unputdownable."
--Paula Treick DeBoard, critically acclaimed author of Here We Lie and The Drowning Girls "A heart-pounding thriller that will have you guessing until the very end! Gehrman's taut who-dunnit, The Girls Weekend, pulses with fear, suspicion, and the disturbing question of how well we really know each other. Not to be missed."
--Elle Marr, author of The Missing Sister --This text refers to an alternate kindle_edition edition.

For fans of Ruth Ware and Lucy Foley, a riveting locked-room mystery about five college friends eager to reunite after years apart--only to be ripped apart again when their host's disappearance unearths dark secrets and old grudges. --This text refers to an alternate kindle_edition edition.
Read more

4.1 out of 5 stars
4.1 out of 5
548 global ratings
How are ratings calculated?
To calculate the overall star rating and percentage breakdown by star, we don’t use a simple average. Instead, our system considers things like how recent a review is and if the reviewer bought the item on Amazon. It also analyses reviews to verify trustworthiness.

K.
2.0 out of 5 stars Less than average
Reviewed in Australia on 27 August 2020
Verified Purchase
I really wanted to like this, but I just couldn’t. The characters not only had had no depth, they were unlikeable. The storyline was unbelievable, convoluted and at time laughable. Such a shame.
Read more
Helpful
Report abuse

Nicki Kendall
TOP 1000 REVIEWER
4.0 out of 5 stars A girls weekend filled with secrets and twists
Reviewed in Australia on 27 December 2020
Lifelong friends get together for a weekend away to catch up with each other. Soon enough the weekend away starts turning into a nightmare and the people you thought were your lifelong friends are now people you are beginning to suspect you never really knew what they could be capable of. An atmospheric thriller that will leave you wondering just how well do you know the people who have been in your life the longest. A perfect weekend read with plot twists to keep you on your toes. #jodygehrman #thegirlsweekend #netgalley #goodreads #tea_sipping_bookworm #bookstagram #bookqueen #amazon#kindle #litsy #thriller
Read more
Helpful
Report abuse
See all reviews

Mrs V V Randall
4.0 out of 5 stars An ok read
Reviewed in the United Kingdom on 30 July 2020
Verified Purchase
Found this a bit hard going as thought characters quite unbelievable and very much unlikeable.
A group of old college friends meet up for a weekend but as the years have passed, the so called friends have moved on in different directions. Found it highly unlikely that 8 month pregnant Amy would do half the things she has supposed to have done. Wonder if the author has ever been pregnant? Not a very likable group of people and the ending was a bit over the top.
A read for the beach.

Intheamazone
4.0 out of 5 stars Atmospheric, Suspenseful Mystery....
Reviewed in the United Kingdom on 11 August 2020
Verified Purchase
Atmospheric, suspenseful mystery - of the long tried and tested locked room variety. A girls weekend away, a reunion of college friends, an exotic location combined with secrets, grudges, sins and sinners make for an engaging, edge of seat read. Characters are well drawn and mostly wholly unlikeable adding well to the storyline. Will leave you asking how well you know your so called friends....
(Many thanks to NetGalley/ Publisher/ Author)

Jackie Smith
4.0 out of 5 stars Enjoyable
Reviewed in the United Kingdom on 7 September 2020
Verified Purchase
Light reading and enjoyable, although a little predictable ending. Clear and concise an easy bedtime read.
I need to read more

A. henderson
2.0 out of 5 stars After 5 chapters
Reviewed in the United Kingdom on 15 August 2020
Verified Purchase
5 chapters read didn’t grub me at all couldn’t be bothered finishing it as I found it boring
Read more
Report abuse

Alexandra
5.0 out of 5 stars Excellent Read.
Reviewed in the United Kingdom on 8 September 2020
Verified Purchase
I enjoyed this book from the offset. It was unpredictable which I like.
Read more
Report abuse
See all reviews
Back to top
Get to Know Us
Make Money with Us
Let Us Help You
And don't forget:
© 1996-2021, Amazon.com, Inc. or its affiliates