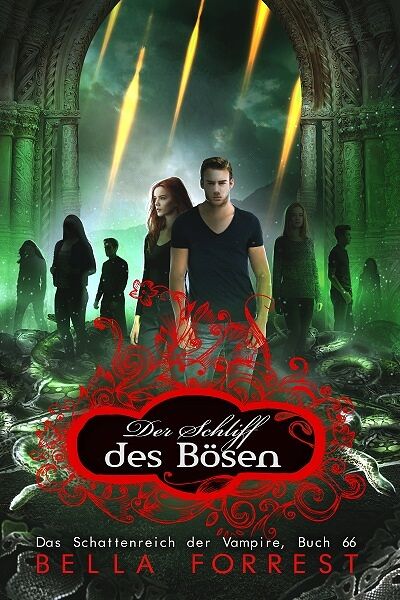 by Bella Forrest (Author)
4.6 out of 5 stars 366 ratings
See all formats and editions
Sorry, there was a problem loading this page. Try again.
Read more Read less

4.6 out of 5 stars
4.6 out of 5
366 global ratings
How are ratings calculated?
To calculate the overall star rating and percentage breakdown by star, we don’t use a simple average. Instead, our system considers things like how recent a review is and if the reviewer bought the item on Amazon. It also analyses reviews to verify trustworthiness.

C Connor
2.0 out of 5 stars Repetitive
Reviewed in Australia on 29 September 2018
Verified Purchase
Although I found myself buying the next to book it was more to see what happened next. I found this series very, very repetitive and I scrolled/skimmed through most of each book after the first. The same thing was explained time and again which was not necessary. I enjoyed the story once I scrolled through to find the story.
Read more
3 people found this helpful
Helpful
Report abuse

Fiona Ninnes
5.0 out of 5 stars So many unexpected twists.
Reviewed in Australia on 10 November 2019
Verified Purchase
I found this book difficult to put down. The twists took my breath away.
Read more
Helpful
Report abuse

Rob Tindale
5.0 out of 5 stars Five Stars
Reviewed in Australia on 6 June 2018
Verified Purchase
this is more an older teenager story like an adult Harry Potter but I loved it
Read more
Helpful
Report abuse

Smileyrie
TOP 1000 REVIEWER
5.0 out of 5 stars Nooooooooo
Reviewed in Australia on 7 October 2020
I really hope there’s a new series after this one, where The Gender Game & The Tower meet & where the ideas in the epilogue come true. Liana experiences so much horrendous, heart-breaking loss & has such a tough time that I want to see her be happy & have a new start (no spoilers, there are loads of twists you won’t see coming in this). I also really hope that both stories make it to TV as they’d make a great series. Hint hint Amazon Prime!
Read more
Helpful
Report abuse

Kindle Customer
5.0 out of 5 stars Last book
Reviewed in Australia on 15 May 2018
I enjoyed this book. But was wondering if there would be some kind of follow up about life with the patrians.
Read more
One person found this helpful
Helpful
Report abuse
See all reviews

Stephanie Evans
3.0 out of 5 stars Disappointed and dissatisfied
Reviewed in the United Kingdom on 30 May 2018
Verified Purchase
I’ve enjoyed these books on the whole. I liked the character and the world of the tower that the author has created. I found that the first few books were a lot more enjoyable than the last 2. I like the crossover with The Gender Game, although I would have liked to have seen even more of the characters from Patrus.
I liked where the author was going towards the end (SPOILER) with all the death and destruction. However I think the best parts of the story get lost amongst the author explaining Lianas inner dialogue over and over again (yes we get it the point!).
This is my biggest gripe with Bella Forrest’s style of writing. When the same point is explained over and over again you find yourself trailing off. The same goes for a lot of the action scenes. They are OVER described. Sometimes there’s 3+ pages explaining an area they’re hiding or a particularly complex fight sequence and I still find it difficult to picture in my head. That’s why I nearly stopped reading the last couple of pages of this book. I scan read it to see if there was anything meaningful or worth reading in detail and I’m really sad to say there wasn’t. 😕
Read more
3 people found this helpful
Report abuse

SPOILER ALERT!! I went through every emotion as characters died and was beginning to accept that it was necessary for the Tower to continue its existence. When it got to the whole AI fight I accepted that this was the end and all would be sorted. Then she woke up -what!!! It reminded me of Dallas tv series from years ago when Pam woke up and the whole series had been a dream. I was so annoyed and angry. How could Bella Forrest do that? I'd literally cried tears as each character had died only to find it was all a simulation. I did not feel relief at all. So, sorry but I won't be reading any more of her books. It is ashame as I really enjoyed reading the other 6 books. I also didn't like the constant repetition of who the characters were or how she was constantly screwing up or failed. ☹😩😡😣
Read more
5 people found this helpful
Report abuse

Luce
5.0 out of 5 stars FANTASTIC!
Reviewed in the United Kingdom on 18 May 2018
Verified Purchase
Oh my goodness. Love LOVE LOVE this series. One of my all time favourites! First learnt about the tower in the Gender Game series and was so happy to discover these books! I really have no idea how this Author manages to churn out endless fantastic books of all different genres, she’s an inspiration!
I was a bit miffed that we didn’t hear anything from Leo, Quess etc until half way through the book, argh! I do love Dylan but think I would have liked to have more of our favourite characters around. But we soon met up with the others again and found out what they had been up to!
I love these books so much, there’s a few characters I do not like - I’m not a big fan of Maddox and feel like her personality never really got to be revealed. Same with Eric he’s just a bit of a boring goody two shoes bystander with a serious case of puppy love, actually all her friends don’t really get to show their personalities much which is a shame as there is a fab dynamic there. I love LOVE Quess, and Tian..

Jude M
3.0 out of 5 stars Good story concept, but very disappointed in the ending after reading seven books.
Reviewed in the United Kingdom on 16 September 2018
Verified Purchase
I agree with some of the other reviewers. I was happy to put aside disbelief to enjoy this story (as people do with many films), and the concept and storyline were generally enjoyable (the earlier books were much stronger) However, throughout the series, there was far too much repetition in both information (e.g. who people were and what their relationship to Liana was) and descriptive terminology (yes, okay, Maddox is “raven-haired”...). **SPOILER ALERT** I also found the ending a total cop-out. I thought it odd that everyone of her friends died, but so disappointing that the author relied upon the whole “not real” excuse. If some had really died and some lived, it would have been more believable. ‘Happy ever after’ for all the good guys doesn’t really fit with a dystopian story. After reading all the action, death and suffering, even younger readers could have taken a realistic ending.
Read more
Report abuse

Jules
3.0 out of 5 stars Bit of a let down.
Reviewed in the United Kingdom on 3 June 2019
Verified Purchase
I really wanted to love this book. I read the gender game series first which is why I wanted to read the tower series. I really liked these books but I felt like it could have been written as a trilogy and felt like the middle three books were fillers to just kind of move the story along. We didn’t really need a whole book describing every aspect of the Tourney in my opinion!

This book was good and for the most part I did enjoy it but I was disappointed with the ending. Having invested the time in reading all 7 of the books, the ending of this was a bit of a let down. Considering the story has stretched over 7 books, the ending felt rushed and left you wanting more. Did Liana ever reconcile with her Dad? Whose legacy net did she end up having? Given that we heard about the flashbacks she had with the legacy net I expected this part of the story to be built upon a bit more. Her and Grey’s story ended as kind of weak. Being as this series crossed over with the Gender Game it would have been good if the series had ended with her in Patrus and actually meeting with Violet and Viggo, the main characters of the Gender Game. I did like the fact that Violet and Viggo’s children were named after Viggo’s friend and Violet’s mentor and trainer though. This book just left me wanting more and although the series as a whole was good and I enjoyed the storyline, I just didn’t get the conclusion that I would have liked. I was going to stop reading the series at book 2 or 3 as it felt like a bit of a hard slog but I thought the same when reading the Gender Game and was glad I stuck with that series to the end. This was just anticlimactic. I think I will be giving Bella Forrest books a miss for a while.
Read more
One person found this helpful
Report abuse
See all reviews
Back to top
Get to Know Us
Make Money with Us
Let Us Help You
And don't forget:
© 1996-2021, Amazon.com, Inc. or its affiliates