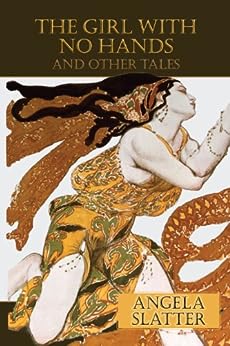 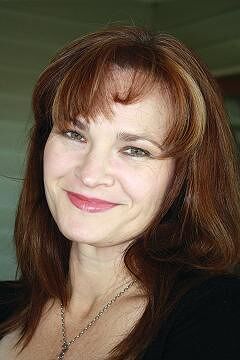 The Girl With No Hands and other tales Kindle Edition

Marty B
5.0 out of 5 stars Buy it, you know you want to.
Reviewed in the United Kingdom on 2 December 2018
Verified Purchase
Very nice, you really want to buy this book.
Read more
Report abuse

Lewis Woolston
4.0 out of 5 stars Twisted fairly tales
Reviewed in the United States on 27 December 2014
Verified Purchase
Another excellent new writer puts out a collection of intriguing short stories through Ticonderoga Publications.
The stories here are fairy tales with a dark twist, the traditional tale turned on its head and walked down a dark alley by a stranger. There is an emphasis on the feminine with most of the main characters being female and overall effect reminds me of Tanith Lee a lot but that is a good thing in my book.
Well worth reading and I will probably buy the next book this author puts out.
Read more
Report abuse

Ms. B
5.0 out of 5 stars Completely addictive and satisfying - I want to go back and re-read this book already
Reviewed in the United States on 14 November 2010
Verified Purchase
Plot Summary: The sixteen fairy tales in this collection are either re-imagined classics or conjured from the ether by author Angela Slatter. With a not-so-subtle emphasis on female heroines, each story turns the idea of a "happily ever after" ending with Prince Charming on its head. For some of these ladies, their happy ending comes after they've escaped from their so-called beloved, and what's more, they're not passively sitting around in towers or castles waiting for things to happen to them.

After I had my first dark, delicious taste of Angela Slatter's idea of a fairy tale in her first story, "Bluebeard," I was addicted to The Girl With No Hands. I wanted to slow down and savor these potent little creations, but I could not stop reading, and now all I want to do is go back and reread them again. I love fairy tales, and I still have all of the old books that I used to read as a kid, but I think those cherished memories are going to take a backseat to this collection.

Ms. Slatter, who is a Writer with a capital W, has done two things that I absolutely adore. First, she removed the old morals, codes, and rules that have governed fairy tales ever since they were put on paper. Before they were appropriated for childhood indoctrination, fairy tales used to be wild, haunting, fantastical stories that were not really fit for children at all. This book restores them to realm of adults, and while doing so, Ms. Slatter also questions the notion that people are black or white, right or wrong, good or bad. I like it when characters are painted in shades of grey rather than absolutes, and it makes for powerful storytelling.

I just loved this book, and I'm not normally one to enjoy short story collections, but I guess this proves that I'll never be too old for a fairy tale.
Read more
5 people found this helpful
Report abuse

MomZombie
4.0 out of 5 stars One of my favorites
Reviewed in the United States on 21 January 2014
Verified Purchase
I love to read Horror short stories, and This collection is one of my favorites. I really enjoy the author's writing style; it feels the tiniest bit like a cross between Edgar Allan Poe and Stephen King. I found her stories to be stark and raw, and her perspective beautiful. Horror lovers won't be disappointed!
Read more
Report abuse
See all reviews
Back to top
Get to Know Us
Make Money with Us
Let Us Help You
And don't forget:
© 1996-2021, Amazon.com, Inc. or its affiliates