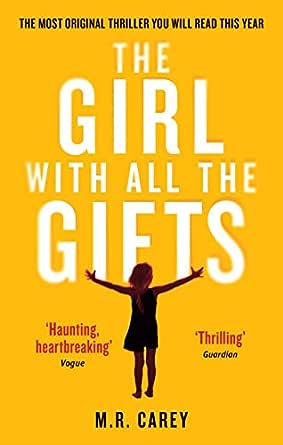 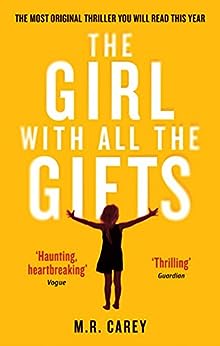 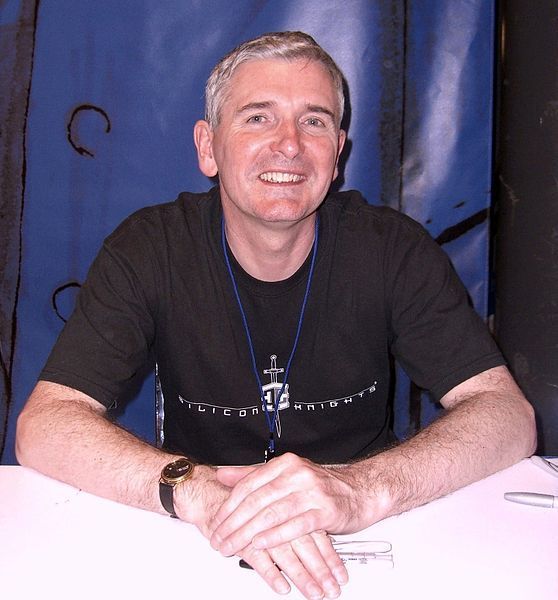 ''Comics writer Carey delivers an entertaining take on several well-worn zombie tropes . . . [Carey] builds well-constructed characters - particularly Melanie, one of the zombified children, who comes across as cognitively and emotionally different from the other characters, without feeling like an offensive parody of a person with Asperger's. The requisite action sequences are also well constructed, and the book will appeal to fans of zombie fiction.'' --Publishers Weekly

''The story of Melanie and the people around her is so thoughtfully crafted, so heartfelt, remorseless, and painfully human, that it takes the potentially tired trope of the zombie apocalypse and makes it as fresh as it is terrifying. The story spirals towards a conclusion so surprising, so warm and yet so chilling, that it takes a moment to realize it's been earned since the first page, and even before. It left me sighing with envious joy, like I'd been simultaneously offered flowers and beaten at chess. A jewel.'' --Joss Whedon

''Astute readers will pick up on the truth of Melanie's situation very early on, but that doesn't make the portrait Carey sketches in the first section of this fine, vivid novel any less skillfully drawn; once everything goes to hell and his considerably reduced cast goes on the run, he fleshes out his characters even more. In less capable hands, this could have been a stock story with stock types, but the people here, and their relationships, are so compelling that they elevate the story into something worth caring about.'' --RT Book Reviews (4 stars)

''Carey offers a post-apocalyptic tale set in England in a future when most humans are 'empty houses where people used to live' . . . One of the more imaginative and ingenious additions to the dystopian canon.'' --Kirkus

Emotionally charged and gripping from beginning to end, THE GIRL WITH ALL THE GIFTS is the most powerful and affecting thriller you will read this year.
See all Product description

4.2 out of 5 stars
4.2 out of 5
54 customer ratings
By customer groups & interests
Fiction Books
4.1
Novels
4.2
Is this feature helpful?
Yes
No
Thank you for your feedback.

Jennifer Cameron-Smith
TOP 10 REVIEWER
4.0 out of 5 stars ‘Melanie knows how sarcasm works; you say the opposite of what you really mean.’
6 December 2019
Format: Kindle EditionVerified Purchase
Melanie is an intelligent little girl who loves books, has friends and goes to school. Why is she kept in a cell and transported to her classroom at gunpoint? Why is she muzzled occasionally, and chained to her desk? Why is Melanie, together with about twenty other children, kept underground in a remote military base in England?

We learn that twenty years ago humanity was infected by a variant of a fungus called Ophiocordyceps unilateralis. Those infected lose their mental powers and feed on the flesh of healthy humans. The disease is spread through blood and saliva but also can be spread through fungal spores. The infected are known as ‘hungries’. There are a few surviving uninfected humans who either live in heavily guarded areas or roam, scavenging, in packs. The scavengers are known as ‘junkers’.

Okay, so we are in a world of post-apocalyptic zombies. Usually I’d read this far and stop. Reading about zombies rarely holds my interest. But this book did. Why?

The remote military base was set up to study a specific group of child ‘hungries’. These children retain their mental powers and only lose control when they are very close to human scent. Could these children contain a key to a possible cure?

I kept reading. Soldiers search for these particular children and taken to the base. The children are educated and tested, treated as laboratory rats in the quest for a cure. Ten-year-old Melanie is special because of her intelligence.
We also see some of this world through the eyes of Helen Justineau, a behavioural psychologist and teacher at the base. Helen Justineau sees the children as people, which is very different from the view held by Dr Caroline Caldwell, the base’s head scientist.

I found it difficult to put this book down. The four main characters (Helen Justineau, Caroline Caldwell, Sergeant Eddie Parks and Melanie) each have roles and viewpoints which make this world more realistic than I would have thought possible. It’s disturbingly easy to envisage a fungal infection spreading throughout the world. It’s worth reflecting on the issues and ethics involved when scientists are searching for a cure.

How will it end?

Carly
2.0 out of 5 stars Struggled with this one
6 October 2017
Format: Kindle EditionVerified Purchase
After seeing so many amazing reviews I couldn’t wait to read this book. The blurb sounded amazing and I couldn’t wait to be engrossed.

After reading 50 percent of this book, I found myself bored and waiting for more to happen. The book moved too slowly for my liking and it doesn’t help that I didn’t like many of the characters.

I ended up getting 70 percent through and not caring how it ended so I gave up and its not like me to give up on a book.This book was nothing like I expected. In my opinion it was a complete let down.
Read more
3 people found this helpful
Helpful
Comment Report abuse

Raquel
TOP 1000 REVIEWER
5.0 out of 5 stars Original, thought-provoking and unexpectedly moving.
20 June 2018
Format: Kindle EditionVerified Purchase
I loved this novel from the moment I started reading it. Admittedly, I am fond of a good zombie apocalypse story - but the operative word there is "good", and "The Girl with All the Gifts" meets that descriptor very, very well. The characters are beautifully drawn and what I liked most about the way Carey has written them is that there are no obvious villains or heroes: there are just people, with all their flaws and foibles. Melanie is a wonderful character, and I found myself drawing all kinds of analogies between her treatment in the novel and the way we (humans) have treated (animals, indigenous peoples, women, LGBTI) over the course of history. The science had enough oomph behind it to sound plausible, and while there were some minor flaws (the philosophy of the junkers is never really explained, the genesis of the children stretched credibility to its limits) they weren't enough to ruin my overall enjoyment. The ending was quite unexpected, but ultimately I found it hopeful and more importantly, very satisfying.
Read more
Helpful
Comment Report abuse

Ross McDougall
TOP 1000 REVIEWER
5.0 out of 5 stars an engaging romp through the end of the world
6 July 2017
Format: Kindle EditionVerified Purchase
I really enjoyed this! I listened to the audio edition, read by Finty Williams. Williams really brought an excellent performance to the story and added a lot of nuance that I appreciated.

The book is a twist on the usual 'zombie-apocalypse' narrative, with one of the zombies being the main protagonist. I'm not a real horror fan, but this was accessible through its framing of the goings-on through the eyes and mind of a small child who is different but doesn't understand how or why. It wasn't particularly scary, just filled with sad details of a society crumbling apart.

The perspective of the narrative was especially interesting and engaging to me. It was mostly third-person but there were tinges of insight and information about characters' inner dialogues that had a almost medium-like element to them. Every time Carey gives a window into the mind of a character, it's framed in the context of their language and context. This gives each character a unique inner voice as well as their physical voice, the dissonance between which serves up some humour in the midst of truly terrifying circumstances.

I saw that there was a movie for this (which actually alerted me to it) and look forward to seeing it now. Carey's world is beautifully filled with interesting characters and details that draw you in and make it easy to build a picture of what's going on. It's this world building that kept me heavily engaged over the 13-hour listen. I definitely recommend listening to the audio edition to make the most of Williams' performance.

Go to Amazon.com to see all 2,827 reviews 4.3 out of 5 stars
Get FREE delivery with Amazon Prime
Prime members enjoy FREE Delivery and exclusive access to movies, TV shows, music, Kindle e-books, Twitch Prime, and more.
> Get Started
Back to top
Get to Know Us
Make Money with Us
Let Us Help You
And don't forget:
© 1996-2020, Amazon.com, Inc. or its affiliates