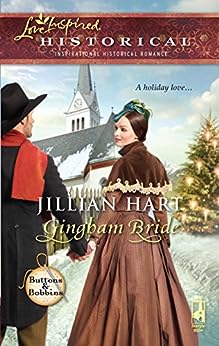 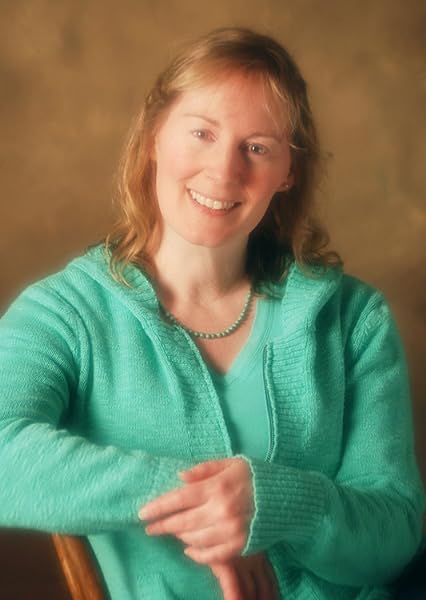 Jillian Hart grew up on the original homestead where her family still lives, went to high school where Twin Peaks was filmed, earned an English degree, and has travelled extensively. When Jillian’s not writing her stories, she reads, stops for café mochas, and hikes through the pine forests near her home in Washington State.

Amazon Customer
4.0 out of 5 stars Wanting to escape the anger of one man, but falling for one that protects
Reviewed in the United States on 16 January 2012
Verified Purchase
Fiona and Ian had been promised to each other by their grandparents years ago. Fiona wanted to escape her family and desired to never have one of her own. Ian came to meet Fiona as a promise to his ill grandmother hoping to find a way to make life better for them financially. He didn't expect to find a woman that was beautiful and that he longed to protect. It is a sweet story that starts this Buttons and Bobbins series. I loved the sacrifices they made for each other. Overall a good read that I couldn't put down until I finished all the books available in the series.
Read more
One person found this helpful
Report abuse

R. Klein
3.0 out of 5 stars Disappointed in editor
Reviewed in the United States on 28 January 2011
Verified Purchase
Once again, Ms. Hart has written a book that evokes emotion beautifully, and often painfully. The clarity of her imagery is striking, and this book does make a lasting impression. However, it was frustrating to read for the following reasons: 1) hardly anything happens throughout the course of the book; 2) there is little character development (to be expected in any book by Ms. Hart, but disappointing nonetheless); 3) the same thoughts, feelings, and questions are repeated over, and over, and over again, until the reader finds herself simply skipping pages in an effort to alleviate the boredom; and 4) the ending came abruptly and without much explanation, so much so that I was pulled out of the story to wonder whether Ms. Hart had run out of words, or whether she was up against a tight deadline, or whether she had simply grown tired of this particular story and wanted to move on to something else. When I put this book down, I was frustrated and disappointed. An unhappy turn of events, especially considering the potential of the storyline and the heartfelt evocation of emotion on the part of the heroine.
Read more
One person found this helpful
Report abuse

T.
5.0 out of 5 stars My Favorite Historical so far!....
Reviewed in the United States on 29 April 2010
Verified Purchase
I LOVE Jillian Hart! She is one of my favorite authors. And she is the one who got me into, Historical romance, in the first place, with her books...I LOVED this book! Couldn't put it down! I absolutely fell 'In LOVE' with the character, Ian. Found myself HATING Fiona's parents! Very sweet, hearwarming Christmas romance with a 'Happy Ending!
Read more
One person found this helpful
Report abuse

B. Ritchie
5.0 out of 5 stars Gingham Bride
Reviewed in the United States on 13 May 2014
Verified Purchase
once again I lost myself in a Jillian Hart book. This is such a special story of the unkindness of parents who didn't know how to love,the evil that is out there, and a young man who was so full of love. I recommend this book to all readers.
Read more
Report abuse

jeanbean
5.0 out of 5 stars Gingham Bride
Reviewed in the United States on 13 November 2013
Verified Purchase
Fiona O'Rourke and Ian McPherson fell in love and inspite of having family challenges of hard lives and distance from family, they made it work. Fiona's friends were down to earth and loyal to each other.
Read more
Report abuse
See all reviews
Back to top
Get to Know Us
Make Money with Us
Let Us Help You
And don't forget:
© 1996-2021, Amazon.com, Inc. or its affiliates