$41.00
+ FREE Delivery
Sold by: BuyGlobal
Flip to back Flip to front
Listen Playing... Paused   You're listening to a sample of the Audible audio edition.
Learn more
See all 3 images 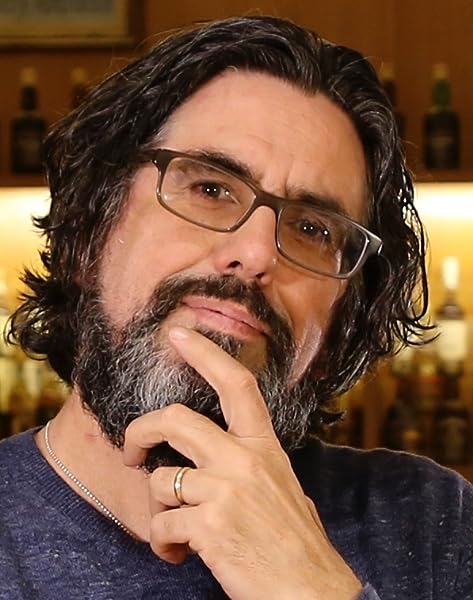 You could not write a more sophisticated book or pack more detail onto each page...it is rocket science impressive ― Huffington Post

Award-winning author and whisky expert Dave Broom has been writing about whisky for 25 years as a journalist and author. He has written eight books, two of which (Drink! and Rum) won the Glenfiddich Award for Drinks Book of the Year. He has also won the Glenfiddich Award for Drinks Writer of the Year twice and recently won the extremely prestigious IWSC Communicator of the Year Award. In 2015 Dave was presented with the Tales of the Cocktail award for Best Cocktail & Spirits, soon to be followed by the Golden Spirit Award in 2016. Dave is editor-in-chief of Whisky Magazine: Japan, consultant editor to Whisky Magazine (UK, the USA, France, Spain), and a lead columnist on Whisky Advocate (USA). He is also editor of the Scotch Whisky Review and a contributor to a raft of national and international titles including the Spectator, Mixology, and Imbibe (Europe). He is a regular broadcaster on TV and radio.Over his two decades in the field, Dave has built up a considerable international following with regular training/educational visits to France, Holland, Germany, the USA and Japan. His remit has covered consumer features as well as business reports. He is also actively involved in whisky education, acting as a consultant to major distillers on tasting techniques as well as teaching professionals and the public. He was also one of the developers of Diageo's generic whisky tasting tool, the Flavour Map .

4.6 out of 5 stars
4.6 out of 5
310 global ratings
How are ratings calculated?
To calculate the overall star rating and percentage breakdown by star, we don’t use a simple average. Instead, our system considers things like how recent a review is and if the reviewer bought the item on Amazon. It also analyses reviews to verify trustworthiness.

M Rees
5.0 out of 5 stars Beautiful and content heavy book
Reviewed in the United Kingdom on 28 April 2017
Verified Purchase
This is a beautiful, vibrant book which actually possesses a lot of interesting knowledge about gins around the world, their best accompaniments and cocktail recipes. A great purchase and looks lovely in the kitchen or as a gift. Arrived in good time too.
Read more
2 people found this helpful
Report abuse

Amazon Customer
5.0 out of 5 stars Good guide.
Reviewed in the United Kingdom on 23 March 2017
Verified Purchase
I use this book to get my head around other people's palettes for gin. It's clear reading this that I have different taste to the author but it's clear his knowledge is strong and his passion is real.
Read more
2 people found this helpful
Report abuse

Couch Spud
5.0 out of 5 stars Great service.
Reviewed in the United Kingdom on 30 May 2017
Verified Purchase
Great book, very well written. The first book did not arrive, I contacted 'Lear early books' and they were most helpful sending out another copy A pleasant experience dealing with them, and I would not hesitate them again. Many thanks.
Read more
2 people found this helpful
Report abuse

S. Mcintyre
3.0 out of 5 stars Lost interest.
Reviewed in the United Kingdom on 21 June 2019
Verified Purchase
Not for me.. I gave up as it struggled to hold my interest... I'm trying to plan a gin night and thought this book would help..
Read more
Report abuse

P. B. Roberts
4.0 out of 5 stars A book ,about gin
Reviewed in the United Kingdom on 29 December 2017
Verified Purchase
Really interesting to read about the history of this spirit. A good range of Gin reviews and some good cocktail and drinks recipes ... Gin and Sicilian lemonade,who'd have thought it
Read more
Report abuse
See all reviews
Back to top
Get to Know Us
Make Money with Us
Let Us Help You
And don't forget:
© 1996-2021, Amazon.com, Inc. or its affiliates