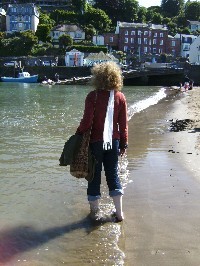 Get 90 days FREE of Amazon Music Unlimited
with the purchase of any eligible product. Shop now
click to open popover
Start reading Gimme More (Bloomsbury Paperbacks) on your Kindle in under a minute.

Liza Cody was born in London. She attended the City and Guilds of London Art School and the Royal Academy School of Art. She managed to support herself as a painter before becoming a film studio technician. Before turning to crime writing she also worked as a furniture-maker, a photographer, a graphic designer and an assistant at Madame Tussauds.