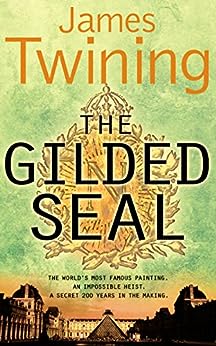 PRAISE FOR THE BLACK SUN

'A story that harks back to the Nazis, Hitler and a legendary treasure. What more could you want? If there's a better thriller this year I would like to see it.' Jack Higgins, bestselling author of Without Mercy and The Eagle Has Landed

PRAISE FOR THE DOUBLE EAGLE

'A captivating, engrossing debut,…a fast-paced tale of international crime and skullduggery written with style and panache. Twining is a worthy successor to Forsyth, Follett, and Higgins. Highly recommended.' Christoper Reich

'This is an auspicious beginning for a fledgling series' Publishers Weekly

'Brilliantly written with numerous double crosses taking place, James Twining has created a delightful and thought-provoking protagonist. Along with deceit, shattered promises, and murder all going hand in hand The Double Eagle is certainly a pacy novel' Shots

James Twining was born in London but spent much of his childhood in Paris. After graduating from Oxford University with a first class degree in French Literature, he worked in Investment Banking for four years before leaving to set up his own company which he then sold three years later, having been named as one of the eight "Best of Young British" Entrepreneurs in The New Statesman magazine. James lives in London with his wife and two daughters.

His second novel, The Black Sun, had less caper and more conspiracy, with Tom Kirk caught up in a plot involving lost Nazi treasure. It was also less enjoyable, lacking some of the spark that characterised his debut, although it remained a solid and entertaining thriller.

The Gilded Seal however, is very much a return to Twining's Double Eagle form. In fact in many ways it surpasses his debut and could easily be characterised as the author's best book so far.

Essentially a tale of two halves, it reunites Kirk and Agent Browne and thrusts them into a myriad of different interlinked plots revolving around stolen artworks, forged artworks and hidden artworks. Brought into the mix are corrupt art dealers, mercenaries turned art thieves, self-serving law officers with political aspirations, forgers of fine art and Japanese mobsters. At the centre of it all lies the world's most famous painting; The Mona Lisa.

Its an intricate plot full of twists and turns, which builds up to an explosive set piece robbery. Then, in an audacious but very effective move, Twining pulls several significant twists out of the bag that leaves the reader questioning everything that has happed until that moment and sends the whole book spinning off in a new and unforseen direction.

Its all done with great pacing and clever plotting. It also refuses to take any of the simple options open to it. Characters remain true to the personalities they have been given and motives even amongst the story's heroes retain an element of grey. There is no resorting to cliche or having characters act against type simply to keep the story moving along.

It manages to do the latter without any artificial assistance. From the first page the story moves at a lightning pace, both figuratively and literally; flitting from Spain, to Scotland, to New York, to London, to Paris and on to Cuba. This, along with well written action, keeps the excitement palpable and constant throughout.

Are there any weaknesses? Yes, and they're the sort that usually aflict novels of this type. Outside of three or four recurring central characters, who have benefitted from two or three novels to grow and develop, most of the individuals featured in the book are little more than one dimensional sketches or glorified plot devices. There are also a few whiffs of clambering on Dan Brown's band wagon with a plot that revolves a work by Lenardo DaVinci. In the books defense however, the former doesn't detract from the appeal of the book and is to be expected in a book of this sort. To draw comparisons with DaVinci Code would also be unfair, as this is a very different book in terms of content, style and focus. It is, I have to say, also far superior to Brown's blockbuster.

This could well be Twining's real break through bestseller, thrusting him further into the literary limelight. If it does then it is entirely deserved, because as a novel of its type The Gilded Seal really is that good.
Read more
22 people found this helpful
Report abuse

Sue STORER
3.0 out of 5 stars Good but not fantastic
Reviewed in the United Kingdom on 5 October 2017
Verified Purchase
Not as good as previous stories
Read more
Report abuse

Kindle Customer
5.0 out of 5 stars Five stars
Reviewed in the United Kingdom on 12 October 2013
Verified Purchase
Good read again from James Twining so much going on through different threads and twists and turns, liked the fact that Tom wasn't portrayed as infallible and didn't always see what was in front of him
Read more
Report abuse

Mr Malcolm Wright
5.0 out of 5 stars James twining
Reviewed in the United Kingdom on 8 February 2016
Verified Purchase
Really liked the plot, characters and the suspense.
Looking forward to reading the next book
Read more
Report abuse
See all reviews
Back to top
Get to Know Us
Make Money with Us
Let Us Help You
And don't forget:
© 1996-2021, Amazon.com, Inc. or its affiliates