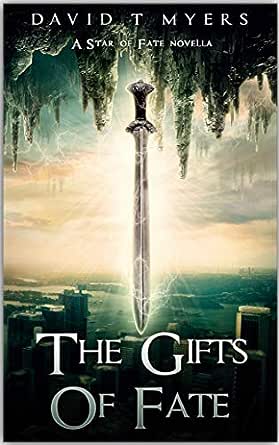 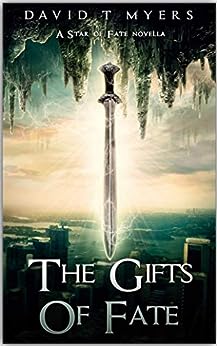 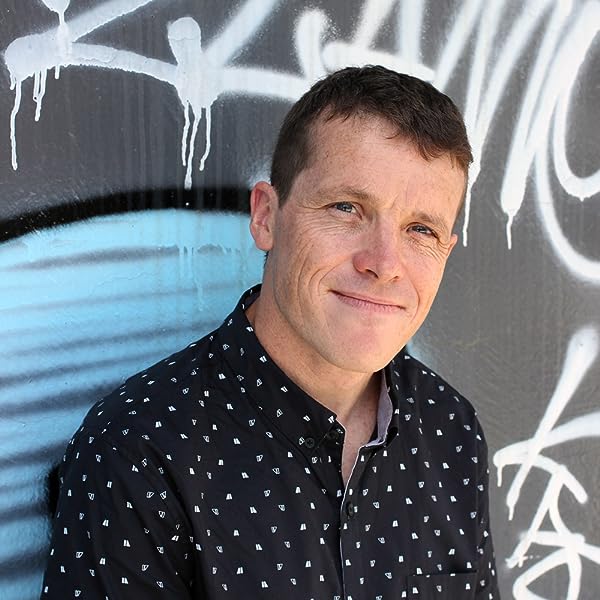 The Gifts of Fate: A Star of Fate Novella Kindle Edition

Shell
4.0 out of 5 stars An interesting read
Reviewed in Australia on 3 June 2019
Verified Purchase
This was an interesting read, with plenty of drama and action, and loads of conflict. Shilpy is a troubled heroine with a hidden past, and the story is fleshed out by a host of dark side characters with disturbing secrets of their own. I liked getting a glimpse into the world of the Fates and to watch as Shilpy’s visions set her on a path that gets increasingly murkier, with her surety of who the good guys are wavering.
The story set a fast pace, and certainly ticked all the boxes for a good read, but I didn’t really connect with Shilpy. That meant for me it was hard going at times to stay invested in the action. It also wasn’t clear to me why she cared for Dusk so much, considering their interactions. But in all it was an enjoyable quick read for those looking for something a little different to the standard urban fantasy.
Read more
Helpful
Report abuse

Jessie L
5.0 out of 5 stars A real page turner!
Reviewed in Australia on 27 March 2019
Verified Purchase
The story was fun and exciting read! I love the fantasy details of this book and the lores that the author created. I enjoyed the action elements and can’t wait for the sequel if there is one :)
Read more
One person found this helpful
Helpful
Report abuse

Kathleen Holtzapffel
4.0 out of 5 stars Kept me guessing
Reviewed in Australia on 28 March 2019
Verified Purchase
I thought I would read a few pages, but found myself gripped to see what happened next. Well written and captivating.
Read more
One person found this helpful
Helpful
Report abuse

A P Sheehan
4.0 out of 5 stars All in all I was really impressed by this story.
Reviewed in Australia on 15 September 2020
THE GIFTS OF FATE is set in Sydney, which Myers describes very well, and he adds in a supernatural element, mystic forces, mysterious warring groups, deadly and terrifying shadows, and obscure objects of power and pain. The story focuses on Shilpy Chopra, who grew up amongst a cult. Shilpy escaped, but can’t escape the nightmares or the visions which continually plague her. She largely keeps herself, isolated from the world, but has Dusk, a handsome boyfriend with secrets of his own. The visions which have plagued Shilpy since her escape from the cult force her to contact fortune tellers, tarot card readers, looking for an insight, a cure, something to stop these visions. But these visits brings her to the attention of the cult she had escaped from, and soon they are on her trail. Shilpy’s recurring nightmares and visions revolve around Dusk being attacked and torn apart by vicious shadows, and soon elements of her nightmares begin to come true. How much danger is Dusk really in, and what - if anything - can she do to protect him?

All in all I was really impressed by this story. Probably the one thing (if I'm being super picky) was the transitions between Shilpy's visions and her real life, or between one vision and the next, sometimes made me feel a little lost. Ultimately, THE GIFTS OF FATE is an engrossing, well-written story and I strongly encourage you all to check it out
Read more
Helpful
Report abuse

Jonathan
5.0 out of 5 stars Fantastic and frenetic sci-fantasy
Reviewed in Australia on 27 March 2019
The Gifts of Fate is a great read that held my fascination fast to the finish. Great plot, characters and ripping pace. This is fantastic story and a frenetic sci-fantasy you will read again and recommend! JMac
Read more
2 people found this helpful
Helpful
Report abuse
See all reviews

KK
5.0 out of 5 stars Totally unique book
Reviewed in Canada on 10 June 2019
Verified Purchase
I actually read this book for the second time. Love the story, I found I got so many things from it this time that I had missed the first time around. Nice complex story with lots of plot turns. Definitely a page turner and the perfect summer sci-fi read..
Read more
Report abuse

Amazon Customer
5.0 out of 5 stars A great beginning!
Reviewed in Canada on 29 April 2019
Verified Purchase
An excellent first volume from a promising new author! Really enjoyed the plot development, and the interactions of the characters. Can’t wait for the conclusion, due out very soon
Read more
Report abuse

William Conrad
5.0 out of 5 stars An Intriguing Creation
Reviewed in the United States on 25 June 2019
Verified Purchase
Right from the beginning, David paints an amazing picture with the wonderful character, Shilpy. She stands out as a charismatic, intelligent and crafty woman with a unique and intriguing viewpoint. However, her problems began at an early age as she grew up in a strange magical cult far outside the norms of society.
The story revolves around Shilpy attempting to live a quiet life after escaping from the cult. She exists in constant fear that the cult members will track her down and force her to return. Her only defense against the kidnappers resides in her ability to see the future. This is a wonderful premise, and it leads to amazing action whereby she is partially aware of the outcome before the story unfolds. David adds a further twist by placing the reader into the same unique position as Shilpy. She isn’t alwase aware of weather or not she is in a dream
I liked reading The Gifts of Fate and I got a lot out of the story. David’s work stands out as unique and he has a talent for strong dialog. The intriguing story has a good universal appeal to a wide audience, and I recommended this book to two friends. I look forward to reading his next work.
Read more
One person found this helpful
Report abuse

Catherine
5.0 out of 5 stars Star of fate
Reviewed in the United States on 6 April 2019
Verified Purchase
This was a wonderful book and very different book then I read normally. I must say that I enjoy it and will be looking for more of this series to read and you should always open up to new kinds of books and enjoy them. I hope you give it a try and read it.
Read more
2 people found this helpful
Report abuse

Kindle Customer JanR
4.0 out of 5 stars A Star of Fate is amazing! 4.8 stars
Reviewed in the United States on 17 June 2019
Verified Purchase
I probably would have given this opening novella a solid 5, but I realized I am certain I will have to wait a month for the next book to be published. I don't know if I can wait, this story was so absorbing and so action-packed. The characters are so sympathetic and the story so intense, it grabs you and won't let go. Don't miss this one.
Read more
One person found this helpful
Report abuse
See all reviews
Get FREE delivery with Amazon Prime
Prime members enjoy FREE Delivery and exclusive access to movies, TV shows, music, Kindle e-books, Twitch Prime, and more.
> Get Started
Back to top
Get to Know Us
Make Money with Us
Let Us Help You
And don't forget:
© 1996-2020, Amazon.com, Inc. or its affiliates