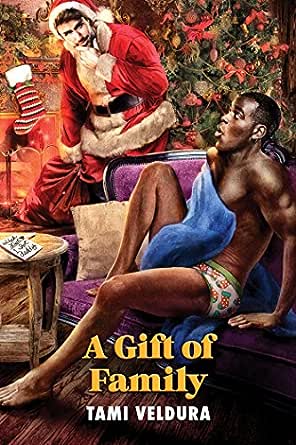 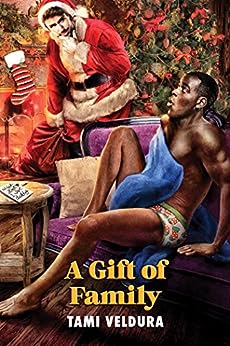 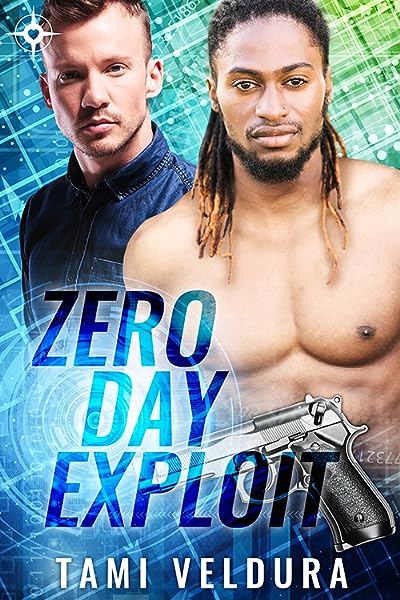 Scott Burke has always desired a big family, but as a divorced single dad, all he has is his young daughter, Lexi. He pours himself into raising her, half-convinced he’ll never find what he’s looking for. When Brennan Price strolls into Scott’s life, he’d better have enough patience for both Lexi and Scott if he intends to stick around.

Brennan has a huge family and a successful career, but no one to call his own. Wooing Scott and his daughter is right up his alley, though, and he steps up to the challenge to prove he’s enough for both of them. His attraction to Scott is immediate, but he recognizes a family man when he sees one and hatches a plan to win Lexi over. Her handsome father is sure to follow….

A story from the Dreamspinner Press 2017 Advent Calendar "Stocking Stuffers."

Veronica
TOP 500 REVIEWER
4.0 out of 5 stars Sweet romance with a single Dad
Reviewed in Australia on 8 December 2017
Format: Kindle Edition
I received a free copy of this book to read and review for Wicked Reads.

This is a sweet romance that tells the story of single Dad Scott, who has very little family, the Brennan, who has a huge family but no man in his life. It is only a short story so there isn't heaps of development but the author still packs in a good bit of romance and a little dollop of heat. On a date they go Christmas fair and it really got me in the Christmas mood. So much so that I found a Christmas fair near me to attend.

My favourite thing about this story is that no big deal is made about the fact that Soctt was once married to a woman and is now dating a man. I'm not sure this was because of the lack of time to explore it in a short story, or if it was intentional. I hope it was intentional because I loved it.

mrs stone
5.0 out of 5 stars Christmas heat
Reviewed in the United Kingdom on 28 December 2017
Format: Kindle EditionVerified Purchase
Two men meet and fall in love after they've met in a park before Christmas with heat and desire rolled into one!
Read more
Helpful
Report abuse

MTULIPK
2.0 out of 5 stars WHAT HAPPENED TO THE SWEET, CARING, SAPPY LOVE STORY I STARTED READING?
Reviewed in the United States on 14 September 2018
Format: Kindle EditionVerified Purchase
A GIFT OF FAMILY
TAMI VELDURA

OH, MY GOODNESS!
I really thought this short little story was great. Such a wonderfully sweet, easy going meeting, with instant attraction on both sides, make that all four sides. With plans made to get together the next day, for all four, again. “Four” being Brennan and Scott — the 2 adults; Scott’s baby Lexi, and fourth — Brennan’s great-big, big-big, dog! A great big, gentle-giant of a Mastiff called “Jazz.” And, just for the record, Lexi and Jazz are totally in love with each other.
Every thing in this story was easy. Just a beautiful “love-at-first-sight” story. It all happened so easily. So smoothly. There was not one little bit of angst, worry or hardship between them anywhere.
Some might call this a boring story but, remember, this is SUPPOSED to be a heartwarming, feel-good, nothing-but-sweet-happenings Christmas story, written just to make you go “ahh” and say “why not,” why not just go with it and not question the reality of it? Just like the characters in the book . . . they just decide to go with it and not question whether it was wise to feel this strongly so soon or to give of their hearts so quickly. They just decide to “go-with-the-flow” of it all and accept it for what it is . . . a wondrous gift of the Christmas season.
But, then, there came that AWFUL BEDROOM SCENE . . . !!!
It was terrible!
In just about any other story it would have been fine.
Just not in this one!
It did not fit the flow of this storyline, AT ALL!
WHAT WAS THE AUTHOR THINKING?
In the middle of this overly-sweet (a good thing) and SHYLY sexy story, (an even better thing) with lots of blushing (ESPECIALLY, ON SCOTT’S PART) . . . suddenly, like “Dr Jeckyll and Mr Hyde” (by Robert Louis Stevenson) . . .
SCOTT TURNS INTO A FRACKING DOM !?!
WHAT THE H€££ ?!?
NO ! JUST PLAIN NO!
Ruined it all for me. I could barely read it. And, although I did, it held no interest, what-so-ever. It’s like suddenly someone screwed up and slipped pages from a different book, into the middle of the one I was reading.
It didn’t fit. It didn’t go with anything previously read. And, besides destroying what had already been built by these two (in my mind, anyway) the fact that she (the author) had it be Scott, who was the DOM, I didn’t like it even further.
I have read zillions of BDSM stories and I know that usually they have the one in charge outside of the bedroom be the submissive one in the bedroom. But, given the fact that Scott himself was the one always blushing (even moments before they went into the bedroom) and that both of these two men were so gentle outside of the bedroom (even though Brennan had the stronger personality of the two) this bedroom scene it just didn’t fit for either of these two men.
It would have been better to just show a continuation of the tenderness and caring, they show outside of the bedroom, continue on into their lovemaking.
I agree with the reviewer “Jenny Is My Name,” quoting her: ”kinda cringy.” Although, she was mostly speaking about the “dirty talk” I’m referring to just the whole flippin’ “D/s” thing, in general.
I’ve read plenty of quick Christmas short stories that were easy meet and instantly become “forever loves” with no angsty problems, at all, and they were great and did their job as holiday pick-me-ups.
I wish this author, Tami Veldura, would have left well enough alone. She truly went off on the wrong path thinking she needed to spice up this smooth and sappy read and, then, went about it in a completely wrong way. Before that, it was exactly what it was supposed to be.
It was well on it’s way to becoming a 5-Star review from me, until . . . THE DISASTROUS BEDROOM SCENE.