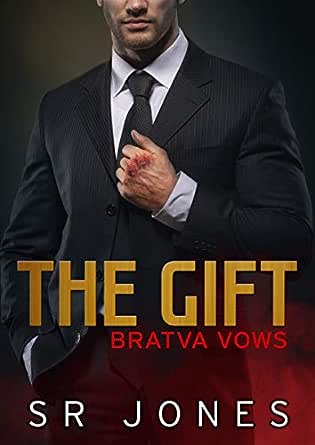 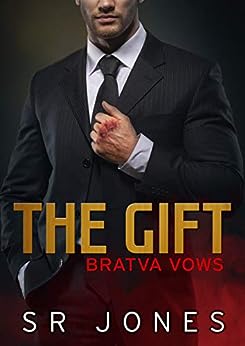 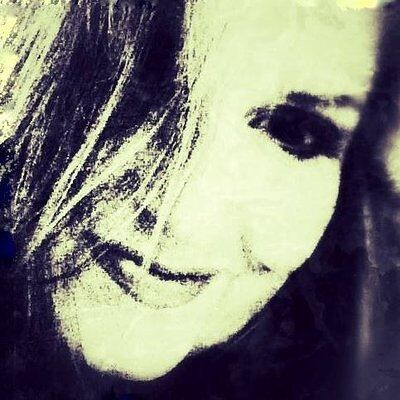 4.6 out of 5 stars
4.6 out of 5
144 global ratings
How are ratings calculated?
To calculate the overall star rating and percentage breakdown by star, we don’t use a simple average. Instead, our system considers things like how recent a review is and if the reviewer bought the item on Amazon. It also analyses reviews to verify trustworthiness.

TCH
TOP 1000 REVIEWER
5.0 out of 5 stars What a beginning for a brilliant series.
Reviewed in Australia on 6 February 2019
Verified Purchase
I found Violet and Andrius very interesting characters! Violet is given to Andrius, and he becomes determined to discover who she really is. They become more attracted to each other. This story held my attention for the very beginning, I just kept turning the pages. But when it came to a dramatic climax, I just cried NOOOOOOOOOOOOOOOO!!!! Now I must wait for the next book.
Read more
Helpful
Report abuse

Nean
TOP 500 REVIEWER
5.0 out of 5 stars Awesome read
Reviewed in Australia on 22 March 2019
Having to attend the party Sergei has put on for him he’s surprised to see Violet, he’s looked into her but found nothing, but thinks she’s hiding something, when Sergei offers her as a gift to him, he has no choice, he knows what will happen to her if he doesn’t accept, also knowing she’s a liability.
Violet knows he won’t hurt her but there’s no denying that she wants him, waking him from a nightmare she knows she see the real Andrius and when she sooths him she sees his desire for her, but the kiss stops suddenly with him sending her away.
Andrius doesn’t want to take Violet with him to the meeting but has no choice, he knows she’s hiding something, and Andrius can’t help but test her to see if she will run and can’t work out why he’s happy she didn’t.
Making a decision she asks Justina to hep her look hot when they go out, so hot that Andrius won’t be able to keep his eyes off her.
There both playing a dangerous game, but when Violet decides she’s had enough of being played with and shows Andrius, has she pushed him to far, and what happens when they both find out each, others, secrets.
Does end on a cliff hanger.

Robyn Corcoran
TOP 500 REVIEWER
4.0 out of 5 stars One hot, hunky..killer!
Reviewed in Australia on 8 February 2019
In the prequel-The Trap, which I highly recommend you read first but it’s not imperative, Violet Johnson sets out to ensnare her prey..the Russian mob boss, Sergei Allyov. Things do not quite go her way though!

Andrius, hired killer, is now in partnership with Sergei Allyov and has been gifted with a young ‘virgin’, Violet by Allyov. This isn’t exactly the way he wants things to go either even though he can’t deny he is attracted to her.

Andrius as a person goes a lot deeper than a hired killer and gradually we see more and more of his background, and the reasons why he is like is and does what he does. He might be a huge, hot, alpha..no wait..that’s great...he is very handsome but he’s also intimidating as well. Violet is still young and grieving but even through all of that she can still be honest with herself, I really like that about her character.

There are some very good expressions, phrases and descriptions in the story. For example when Andrius is hoping Allyov doesn’t want him to cut up someone’s face he thinks..”..practice my pumpkin-carving skills..” which sounds so much better and lightens a dark scene. One of the best lines I have read is from a character called Justina..”The sexual tension between you is ridiculous. I think I might be pregnant from it..” 😂 Too funny and so true!

Kindle Customer
4.0 out of 5 stars Harsh Bratva lovestory
Reviewed in Australia on 25 June 2019
This I'd a very raw bratvs romance. The characters are well rounded and all have a chip on their shoulders. This book is a cliffhanger and is finished in book 2..
Read more
Helpful
Report abuse
See all reviews

Dave
1.0 out of 5 stars Naff Read
Reviewed in the United Kingdom on 29 March 2020
Verified Purchase
Glad this book was only 99p. What a dull read. Little story, little action, and bland characters. Impossible to understand how anyone can give this 5 stars. Some of these reviews must surely be fake. Don't waste your time.
Read more
One person found this helpful
Report abuse

Sian
5.0 out of 5 stars A MUST read
Reviewed in the United Kingdom on 9 February 2019
Verified Purchase
What a fabulous read! I love it when I can’t put a book down and this had me gripped. My fav author for enticing me in and keeping me in! Excellent!!
Read more
2 people found this helpful
Report abuse

margaret mcgarrigle
5.0 out of 5 stars The gift
Reviewed in the United Kingdom on 19 August 2019
Verified Purchase
Omg I didn't see this happening,still trying to get my mouth to shut,it was just so unexpected absolutely brilliant,I'm just hoping for a better story and ending in series 2 please please xxxx
Read more
Report abuse

Kindle Customer
5.0 out of 5 stars Nailbiting
Reviewed in the United Kingdom on 27 February 2020
Verified Purchase
Wow. What a read. Enigmatic alpha is given a gift he is at a loss to know what to do with. AND, AND ends on a cliffhanger, what is there not to enjoy? Now for Book two.
Read more
Report abuse

J
5.0 out of 5 stars SO unputdownable!
Reviewed in the United Kingdom on 24 June 2019
Verified Purchase
Was totally hooked to this story, these people. Have enjoyed the duel aspect of the writing, so giving each person's emotions and thoughts on events!
Now can start The Hit!
Read more
Report abuse
See all reviews
Get FREE delivery with Amazon Prime
Prime members enjoy FREE Delivery and exclusive access to movies, TV shows, music, Kindle e-books, Twitch Prime, and more.
> Get Started
Back to top
Get to Know Us
Make Money with Us
Let Us Help You
And don't forget:
© 1996-2020, Amazon.com, Inc. or its affiliates