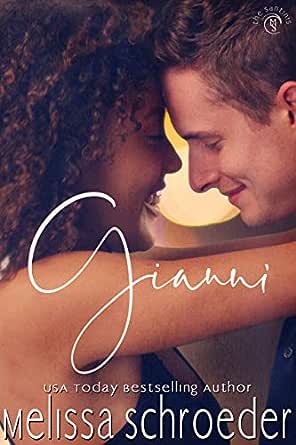 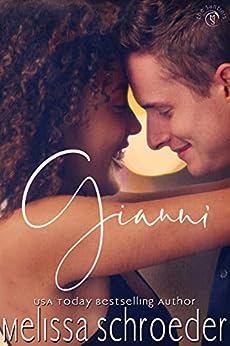 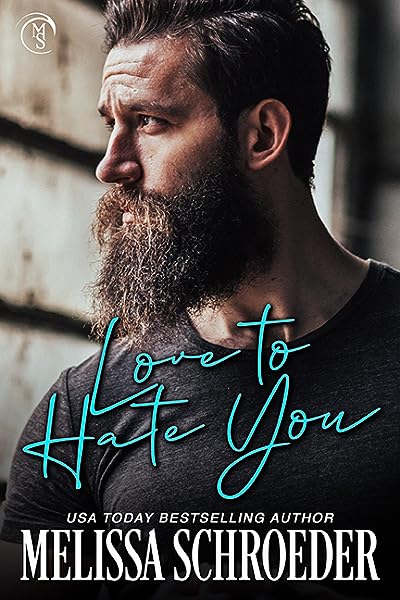 4.4 out of 5 stars
4.4 out of 5
33 global customer ratings
How does Amazon calculate star ratings?
Amazon calculates a product’s star ratings using a machine learned model instead of a raw data average. The machine learned model takes into account factors including: the age of a review, helpfulness votes by customers and whether the reviews are from verified purchases.

Mrs Day
5.0 out of 5 stars Ahhh Gianni!
Reviewed in the United Kingdom on 27 May 2013
Verified Purchase
The third in the series, the youngest Santini falls for the hot older woman and has to persuade her into a relationship.

Fabulous story and well told as usual by Melissa.

GMK
5.0 out of 5 stars kindle book review
Reviewed in the United Kingdom on 5 August 2013
Verified Purchase
Good book well written and an enjoyable read. Received instantly and easily opened I would buy from this author again
Read more
Helpful
Sending feedback...
Thank you for your feedback.
Sorry, we failed to record your vote. Please try again
Report abuse

Brett Conway
5.0 out of 5 stars loved it
Reviewed in the United Kingdom on 4 September 2013
Verified Purchase
a very enjoyable read, really refreshing and i was able to absorb myself in the book and really get to know the characters, sometimes wish it didnt end xx
Read more
Helpful
Sending feedback...
Thank you for your feedback.
Sorry, we failed to record your vote. Please try again
Report abuse

Romance Novels in Color
4.0 out of 5 stars A quick and light read
Reviewed in the United States on 17 July 2013
Verified Purchase
Have you ever considered dating a younger man? I sure did, and I really don't think it's as bad as many an older woman might assume. It's especially not so daunting if the younger man is like Gianni, the white hero in Melissa Schroeder's The Santini's: Gianni, Book 3. Gianni, or Gee as he's affectionately called by his relatives and friends, is the youngest of the Santini brothers. With his smokin' hot body, his sense of humor, his obvious affection towards his relatives, and his don't-mess-with-my-woman attitude, not even Professor Kianna Jones, a black woman, can resist him.

And who says you can't get to know about a person through emails? Gee and Kianna sure did. Schroeder gives readers a brief insight into the email exchanges between the couple at the beginning of each chapter, which would at least evoke a chuckle from readers. Thus, by the time Gee returns to Georgia he and Kianna have really gotten the opportunity to know each other quite well, so his homecoming is explosive.

Of course, the couple has to deal with issues many couples face in real life. But in the end, Gee's determination to woo Kianna and win her as encapsulated by his searing kiss to remind her "Just ... who is the man in the relationship," as well as their love for each other in spite of their differences in age, ethnicity and educational background ensure they have their happily ever after.

So if you're looking for a quick, light read this summer, Gianni's story is just right for you. In fact, you might as well purchase the other books in this series: Leonardo Book 1, Marco Book 2, and Vincente Book 4.

Kelly Rubidoux
4.0 out of 5 stars A Reading the Paranormal Review
Reviewed in the United States on 24 June 2013
Verified Purchase
Another winner of a Santini! Gee made me laugh in the previous books with his flirty, devil-may-care attitude and he was an absolute hoot when he found a lady of his own. He just... loves life. He loves to laugh. He doesn't come up short in the steamy sexin' department either. I appreciate that.

I liked that he and Kianna got close via email. I liked that when they met again once Gee returned, they *knew* one another. Honestly, there were a lot of little things I liked about the two of them. I liked how awkward Kianna was in their first meeting. I liked how Gee would tease her and make me smile. They were just ridiculously sweet together.

The brothers are all finding the ladies who are their other halves. Vicente is up next. I expect that his fall is going to be ground-shaking.

-Kelly @ Reading the Paranormal
Read more
Helpful
Sending feedback...
Thank you for your feedback.
Sorry, we failed to record your vote. Please try again
Report abuse
See all reviews
Get FREE delivery with Amazon Prime
Prime members enjoy FREE Delivery and exclusive access to movies, TV shows, music, Kindle e-books, Twitch Prime, and more.
> Get Started
Back to top
Get to Know Us
Make Money with Us
Let Us Help You
And don't forget:
© 1996-2020, Amazon.com, Inc. or its affiliates