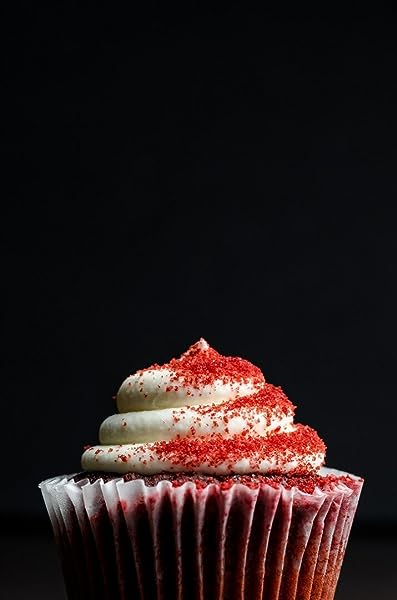 by M Never (Author), Muffy Newtown (Reader), Jacob Morgan (Reader) & 0 more
4.5 out of 5 stars 351 ratings
Part of: World of Assassins (3 books)
See all formats and editions
Sorry, there was a problem loading this page. Try again.

Once, I was nothing. Hungry, abandoned, wandering, and alone. An adolescent street rat fighting for crumbs.

Then a chance encounter changed my entire world. A man in an expensive suit asked me how much my life was worth.

I didn't have an answer because I didn't know. He asked if I thought it was worth killing for.

He found me, then fostered me, and, in the interim, turned me into a killing machine. A modern day La Femme Nikita.

Now, I only have one mission. To avenge the death of the man who saved me.

There's an invisible war on the streets. Us against them. Family against family. Power against power.

They call me Ghostface Killer because they never see me coming.

I understand the weight of that danger. The hazard. The jeopardy. Because, now, here I stand, three months pregnant with the barrel of a gun pressed to my head because I never saw him coming....

GFK is a romantic suspense with dark elements. Listener discretion is advised.

Page 1 of 1 Start overPage 1 of 1
Previous page
Next page
Start reading Ghostface Killer on your Kindle in under a minute.

M. Never, the author of dark, contemporary and ménage romance. All my stories have addictive heroes, fierce heroines, hot sex, and page turning plots. A little about me, I love the color black, I’m dependent on coffee, sushi, sweatpants, boots, and watermelon Perrier. I have a clingy pit bull named Apache, and a needy pitsky names Kai! Writing is my passion, but readers are my love! Suggested reading-- Owned, Ghostface Killer or Slashes in the Snow!

4.5 out of 5 stars
4.5 out of 5
351 global ratings
How are ratings calculated?
To calculate the overall star rating and percentage breakdown by star, we don’t use a simple average. Instead, our system considers things like how recent a review is and if the reviewer bought the item on Amazon. It also analyses reviews to verify trustworthiness.

Me, myself and romance books
TOP 1000 REVIEWER
5.0 out of 5 stars what a read… brilliant
Reviewed in Australia on 10 April 2022
Verified Purchase
Actioned packed, insta love and mind blowing connection between Stevie and baz. I literally couldn’t put this book down. M never just knows how to get your so glued to a book that you forget you have things to do. This book has everything and more but what I loved more what the intensity between baz and Stevie. This book had so many twists I didn’t see coming but I kept screaming for them to just be together. I love how both had their flaws but just learnt to live with them which made them stronger as a couple. It has so many tropes in this book but what I loved with the whole strong, sassy assassin heroine and how madly in love they were and how I felt everything they felt. M never is one of my favourite authors and I hope she writes more books in this series.
Read more
Helpful
Report abuse

So cruel and heartbreaking yet so beautiful and loving - Stevie and Baz have so much against them and the journey they go through is so turbulent but the love and strength they show keeps them together. I think I have a crush on Baz!

If you're looking for a fast paced, action filled story that still has that real epic kind of love, this is the book you are looking for!
Read more
One person found this helpful
Helpful
Report abuse

Megan L.
5.0 out of 5 stars Loved it!
Reviewed in Australia on 29 August 2017
Verified Purchase
I voluntarily received an advance review copy of this book and chose to review it.

Holy wow! This book blew me away! I never knew there could be such depth to these types of characters! This book was everything you could want and then some. I truly have no words for how great this book is or how much I loved it!
Read more
Helpful
Report abuse

Anita_booktoread.
TOP 500 REVIEWER
5.0 out of 5 stars Wow!!
Reviewed in Australia on 22 October 2017
Verified Purchase
This was unbelievable awesome! M Never is an amazing writer, I couldn't put this book down once I started. I loved the storyline of the girl trained to be an assassin who's falls in love with her target, but the depth of the writing was fascinating and the twists at the end! Absolutely fantastic.
Read more
Helpful
Report abuse

Kindle Customer
4.0 out of 5 stars I enjoyed this book
Reviewed in Australia on 9 September 2019
Verified Purchase
I enjoyed this story of Benjamin Sabatino (Baz) and Stephanie James (Stevie). I enjoyed their emotional journey to finding their happy ever after.
Read more
Helpful
Report abuse

Kyles
5.0 out of 5 stars Awesome book!
Reviewed in Australia on 3 April 2017
Verified Purchase
Loved this book! It was dark but also sexy moments, and sweet moments, and a few twists to keep you interested. I'll def be checking out other books by this author! :)
Read more
2 people found this helpful
Helpful
Report abuse

Toni
3.0 out of 5 stars Average
Reviewed in Australia on 10 May 2017
Verified Purchase
Good plot and twists. Good characters. Story unravelled as if rushed. Too much info too fast. Steamy scenes were a bit cliché & over the top. Not author's best work.
Read more
Helpful
Report abuse

Ms Lynn Adlard
5.0 out of 5 stars Wild Ride
Reviewed in Australia on 19 April 2019
Verified Purchase
Roller coaster emotional ride! Some characters I loved, some I hated and some I felt sorry for. Overall a brilliant story.
Read more
Helpful
Report abuse
See all reviews

I'm actually sad this is a standalone, I didn't want it to end, I wanted more of Stevie and Baz and more from the other characters too.

Stevie is definitely a character with backbone, even before she was taken in, manipulated and trained to be an assassin. Stevie was tough even at the age of fourteen living on the streets as she let her survival instincts rule.

Stevie meets Baz when she finds him in a bar and something about Baz draws her to him, a connection, a kindred spirit.
For once in Stevie's life she begins to have a conscience the more time she spends with her Mark, her kill, how can she kill the man she is falling for.

Baz is part of the mafia but rejected by his father for his mental illness? Baz's father saw him as weak and a liability and for years Baz has stayed away from the family business until Stevie was sent to kill him.

I loved the twists and turns in this plot, the characters and the suspense and how two people who never saw themselves as loveable found their equal and the other half.

Stevie is the Ghostface Killer, she is only 14 when she meets the man that will change her life forever. Alone and living on the streets Stevie is a tough little cookie whom I instantly loved and respected. She gets taken in by this man and she basically becomes part of his family. He trains her to be a killer - an assassin and be warned some of this book is brutal but so so good. It is addictive reading, I started it at 10.30 pm and was still reading it at 3.30 am - I just couldn't put it down.

Baz - oh my Baz !!!!!!!! I love Baz. He is wonderful, sexy, kind and comes with a barrel load of problems that take the reader on a journey of discovery. He has some big secrets he to tell and boy when you discover them - I was like OMFG !!!

Both these lead characters have problems in their life and lots of secrets to reveal and they way they are bought together is a dark lovers dream.

If it's one book that you should one click this week - make it this one.
NOT TO BE MISSED !!!!!!!!!
Read more
3 people found this helpful
Report abuse

n young
4.0 out of 5 stars Great read!!
Reviewed in the United Kingdom on 5 June 2018
Verified Purchase
Holy mob boss what a read!
I was recommended this book by a friend and im so glad i actually got round to reading it!! What a journey this book takes you on!
Suspense love lies angst life death heartbreak happiness this book has it all thrown into one fab read!
It starts off with the story of Stevie.. shes young homeless and pretty broken when shes taken under the wing by Benny.. he teaches her things she never imagined she would ever do.
Baz is a messed up man who instantly has a connection with Stevie the minute he sees her but he doesnt realise hes actually her mark.
Complete opposite but really so similar these characters cant help but be drawn to each other.
Darn this book has so many plot twists it keeps you hooked onto the edge of your chair and has you guessing things right to the last pages!
100% recommend this to others!
Read more
Report abuse

**SPOILER ALERT**
There's also been a few things that felt like they didn't quite add up. As a minor facing jail time wouldn't Stevie have reported the cop that raped her? How did Bennie get into the police station? If she's know as the Ghostface Killer why would she tell people that her name is Ghost?

It's probably me - but the character of Stevie just didn't grab me - although the author isn't bad. Just couldn't get into it - despite being sat, relaxing, in a sunny garden, under a tree.
Read more
One person found this helpful
Report abuse

Linda Barrett
5.0 out of 5 stars Rising from the ashes
Reviewed in the United Kingdom on 29 March 2017
Verified Purchase
Wow where do I begin?
I have read every M Never book she has published and I have enjoyed every one of them but this one is something special.
Thank god today was my day off work so I could binge read this fantastic book.
I would highly recommend it to anyone who loves reading books that totally blow your mind and keep you guessing right up to the last page.
This book is absolutely amazing and the storyline pulls you in from the very beginning.
I loved everything about this book and omg how many plot twists did I just read,
It definitely kept me on my toes.
This book has loyalty,betrayal,love and heartbreak woven into the pages of a fantastic story.
Stevie had a tragic childhood that carried on into her adulthood but her life changed when she met Baz Sabatino.
Those two are a powerful and intense couple of magnets that draw the other in and make them believe in themselves.
She's his quiet and he's her redemption.
Go one click it straight away and get wrapped up in their wonderful story.
Read more
Report abuse
See all reviews