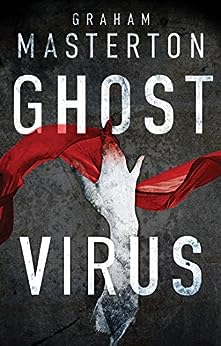 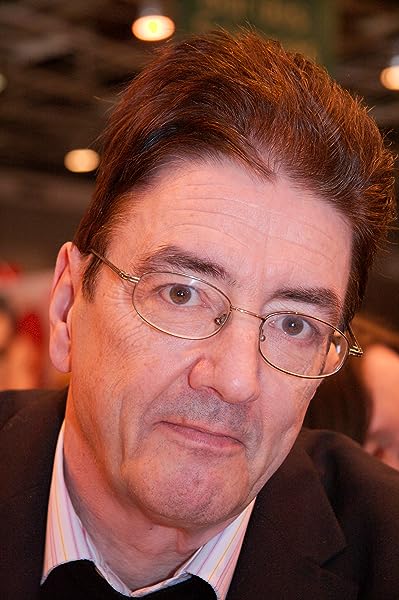 by Graham Masterton (Author) Format: Kindle Edition
See all formats and editions
Sorry, there was a problem loading this page. Try again.

THE NEW HORROR NOVEL FROM THE MILLION-COPY-SELLING GRAHAM MASTERTON.

A RASH OF MURDERS
A young woman pours acid over her body. A loving husband kills his wife. A headteacher throws her pupils out of a window. Who or what has made ordinary Londoners commit such horrific acts?

A DEADLY VIRUS
DC Jerry Pardoe and DS Jamila Patel of Tooting police are at a loss. With no obvious connection between the killings, they fear a virus.

THE INFECTION IS SPREADING
Something evil is stirring in the city. A supernatural force that infects its victims with a lust to murder. And Jerry and Jamila are powerless to stop it...

'One of the most original and frightening storytellers of our time' PETER JAMES.

"One of the most original and frightening storytellers of our time." --Peter James --This text refers to the hardcover edition.

A virus spreads through London, forcing those infected to commit horrific crimes.

Graham Masterton has written such horror novels as Spirit, The Doorkeepers, and The Devil in Gray. --This text refers to the hardcover edition.
Read more

GRAHAM MASTERTON was born in Edinburgh in 1946, and at the age of 17 he joined his local newspaper as a junior reporter. He was appointed deputy editor of Mayfair at the age of 21, and at 24 he became executive editor of Penthouse. After leaving Penthouse, he wrote The Manitou, a horror novel that became his first bestseller and was adapted into a film starring Tony Curtis.

Graham spent twenty-five years as one of the world’s bestselling horror authors before he turned his talent to crimewriting. Inspired by the five years in which he and his late wife lived in Cork, he created a series of novels featuring Katie Maguire, the first female superintendent in the Irish police force. The first book in the Katie Maguire series, White Bones, was published by Head of Zeus in 2012 and became a top-ten bestseller. Graham continues to write thrillers and horror novels alongside the Katie Maguire crime series, which has now sold over a million copies worldwide.

4.1 out of 5 stars
4.1 out of 5
197 global ratings
How are ratings calculated?
To calculate the overall star rating and percentage breakdown by star, we don’t use a simple average. Instead, our system considers things like how recent a review is and if the reviewer bought the item on Amazon. It also analyses reviews to verify trustworthiness.

Sandy00oz
5.0 out of 5 stars Clothes that go bump in the night!
Reviewed in Australia on 11 September 2018
Verified Purchase
I chose 5 stars for this book, because it is not like anything I’ve read before. It would appeal to fans of the horror genre I’m sure. It is a bit gory in parts, but I couldn’t put it down.
A ghost virus infects clothes that then attack the people of Tooting with grizzly results. Why are they being attacked? Why,are they infected? A good tale

AJs Reviews
3.0 out of 5 stars Interesting concept
Reviewed in Australia on 2 May 2018
First of all, if you are at all squeamish, don't try reading this book. There are a number of highly violent, gory scenes that really don't hold back. These are a hallmark of a master of horror, but my overall impression of the book is mixed.
The concept is original and unusual. To begin with, I was excited to be reading the book. The initial instances made a degree of sense and I was intrigued as to where the plot would lead. The later parts didn't make the same sort of sense, even though there was an explanation. And the ending? Well, what was going on there?
It has the feel of a usual crime novel to begin with, which makes what happens feel even more weird. This was done well, but the sections between the gory scenes didn't really maintain the sense of menace they should have. Lighter moments are good for pacing in dark fiction, but it felt like a different book.
Nuggets of research sat exposed upon the ground of the plot instead of being realistically buried in
the story. The ethnic diversity of characters was a lot better than in many books, but it at times felt forced. The impression I'm left with is that the gory scenes were well thought out and worked on, but that most of the remainder didn't get the polishing and work it needed. It fell flat from my initial expectations.
Overall, the book does hold the reader's interest, due to the unusual story. It's definitely not for everyone, but it will certainly find some fans.
I received my copy through NetGalley. My views here are my own.
Read more
One person found this helpful
Helpful
Report abuse

Kindle Customer
4.0 out of 5 stars Not for the squeamish
Reviewed in Australia on 18 May 2018
Thankyou to Netgalley and Graham Masterton for the opportunity to read this novel. I was given my first Graham Masterton novel to devour at the age of 14. Since then, I have read every single one of his novels and loved them all. Ghost Virus is no exception.
I certainly enjoyed the concept of haunted clothes as it is so different to the horror novels I have read in the past. Be warned though. This book is not for the faint hearted. I had to devour this book in one sitting. I needed to know how it would end for the detectives involved in the investigation.
If you enjoy gruesome and gory, you will enjoy Ghost Virus.
Read more
Helpful
Report abuse

Geoff
2.0 out of 5 stars Tripe
Reviewed in the United Kingdom on 6 May 2021
Verified Purchase
i dont mean tripe and onions. Ridiculous balderdash. One must run out of ideas I suppose and this illustrates just that. As bad as The Sphinx, or very nearly. Definitely one of his worst novels. Im beginning to think he should have quit after the glorious Charnel House, which is a masterpiece. Many good stories followed but this is not one if them.
Read more
4 people found this helpful
Report abuse

SusanMcC
2.0 out of 5 stars All gore and no plot.
Reviewed in the United Kingdom on 12 May 2018
Verified Purchase
There are a number of authors tending toward the supernatural who do it really well: Stephen Leather develops a realistic character with Jack Nightingale and adds a touch of humour in his very readable novels and novellas; James Oswald has developed an excellent series with his Inspector McLean with just a hint of a tint of the "something else" we like to think is hiding among us. Here, I believe, Graham Masterton has tried to push into the market with this new line but where it started as "interesting" quickly turned into the ridiculous and just got worse. I made it to the end in the hope of a good turn to the end but, sadly, no.

Sorry Graham but your Kate Maguire plots are good reads as is Beartice Scarlet but this new route for you just didn't come off, all gore and no plot.
Read more
5 people found this helpful
Report abuse

sue
5.0 out of 5 stars Loved it
Reviewed in the United Kingdom on 28 August 2018
Verified Purchase
I'm a Masterson fan and have read a lot of his books and this one throws no punches.if you for horror and nightmares it's all here..jerry and his boss fight for survival among a pile of ghostly spirits trapped in the fibres of clothes.but who or what will survive..a far fetched story but still great to read.
Read more
2 people found this helpful
Report abuse

honesty r us
4.0 out of 5 stars A reasonable read
Reviewed in the United Kingdom on 29 May 2019
Verified Purchase
Whilst the overall novel was quite good , it was rather like Stephen King though who takes far too long in the build up and little then occurs in the climax . If you persevere the ending is dramatic .
Read more
2 people found this helpful
Report abuse

Lesley Davies
1.0 out of 5 stars Audible book
Reviewed in the United Kingdom on 6 May 2019
Verified Purchase
I think this was the worst book I have ever read! I think Masterton must have had a hangover when he wrote this! Such a shame because he is one of my favourite writers!
Read more
4 people found this helpful
Report abuse
See all reviews
Report an issue
Does this item contain inappropriate content?
Report
Do you believe that this item violates a copyright?
Report
Does this item contain quality or formatting issues?
Report