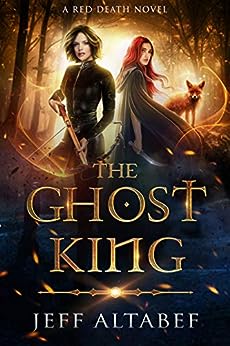 AUTHOR: Jeff Altabef lives in New York with his wife, two daughters, and Charlie the dog. He spends time volunteering at the writing center in the local community college. After years of being accused of "telling stories," he thought he would make it official. He writes in both the thriller and young adult genres. Fourteenth Colony, a political thriller from Tate Publishing, was his debut novel. Evolved Publishing released his second novel, the thriller Shatter Point, in 2014, and will release his young adult fantasy series Chosen, co-written with his daughter Erynn, starting in the spring of 2015. Jeff has a column on The Examiner focused on writing, and a blog designed to encourage writing by those that like telling stories. You can find his blog, The Accidental Writers' Workshop, on The Chappaqua-MountKisco Patch.

EDITOR: Lane Diamond has over 120 published books to his editing credit, including many multiple award-winners, across many genres and styles. --This text refers to an out of print or unavailable edition of this title.

Nicole Henderson
5.0 out of 5 stars Hauntings
Reviewed in Australia on 28 July 2017
This is the second book for the Red Death series and it picks up right where Red Deathnleft off. Aaliss and Wilky are still on their quest. Erin the Red Witch is hunting Wilky and will do anything to destroy him. To make matters worse the ghost soldiers still haunt Wilky.
You are bound to laugh, cry and get angry in this book and the way the book ends you'll be tempted to throw your tablet at the nearest wall.
Jeff hasn't failed to grab the attention of the reader it's a book that when you have to put it down you'll be itching to pick it up again just to find out what's happening next. I Hope the next book is just as awesome.
Read more
One person found this helpful
Helpful
Report abuse

Louise T
5.0 out of 5 stars It just gets better and better
Reviewed in Australia on 28 July 2017
This is the second book in the Red Death series, and I honestly wasn't sure Jeff Altabef would be able to top the first. But he has done so. He skilfully builds the tension and suspense leading up to the final battle. The characters are developed in unexpected ways. At one point I was so enthralled I ended up late for an appointment. I am looking forward very impatiently for the next book in the series.

Disclaimer: I was sent a free eversion of this book to review
Read more
Helpful
Report abuse
See all reviews

lynda
5.0 out of 5 stars A Great Read
Reviewed in Canada on 25 July 2017
Verified Purchase
A great second book for this series. The first book intrigued me with an interesting plot in an interesting time with even more interesting characters. This book has just continued adding to the suspense and adventure. All the heroes in this book have to learn the same lesson, things are not always as they appear. It will grab you and keep you turning pages. I'm looking forward to the next book.
Read more
Report abuse

Marie Rice
5.0 out of 5 stars Engrossing Read
Reviewed in the United States on 26 July 2017
Verified Purchase
Technically, you could start the series with this book, but there is so much you won’t catch if you don’t read the first book prior to this one.
I did find a few handfuls of mis-spellings or a similar-sounding word was used, but they were spaced far apart and did not interrupt the enjoyment of the story.
Thank goodness this book was written in short chapters. I had to squeeze most of my reading in to small time chunks, so that really helped me. Each chapter is from a character’s point of view, and the chapter “name” indicates that character. So you know immediately whose view we are working with.
Lots and lots of action, and I got surprised many times.
As the description mentions, battle is looming – so some characters are going to die, others will get injured.
My heart about stopped at the end of the story. What a way to set the stage for the next book. I am eagerly awaiting the next story in the series!
Read more
One person found this helpful
Report abuse

Seraphia
5.0 out of 5 stars Ready for Book 3!! Amazing Read!!
Reviewed in the United States on 25 July 2017
Verified Purchase
The Ghost King by Jeff Altabef is book two in his Red Death series. The Ghost King picks right up where Red Death left off. There is so much going on in this story. Eden is still under control of those who wish to be in power and will do anything to destroy those who would stand against them. Aaliss and Wilky are still on their quest to bring the three tribes together. Wilky’s visions say that it must be done or else the Light will fail and all will be lost. The thing is that Wilky sees more than he lets on to his sister. The ghost soldiers still haunt him and beg him to find what it is that they seek. If he fails to find what is needed both worlds will be lost. Eris, the red witch, is hunting Wilky and will do what she must in order to destroy him so that her Mistress can be victorious. Many paths will cross but who will come out victorious?
The Ghost King is a power pack of amazing writing by this author. Right from the beginning you are re-engaged into the story and kept riveted all the way to the end. This story changes viewpoints from the characters that are driving the story. Each one is striving and or struggling with their different fights and issues. This book is so dynamic. I love how the author gives us the story from so many different perspectives. At times, not gonna lie, it gets a bit annoying because I want to keep following one character but I love this book. Each character brings something new and engaging. They each experience hurt, pain, loss and try their best to do what is right. Well, the good guys anyways. I love the twists and surprises that the author gives us in this book.
Now, the only thing that I don’t like about this book is the CLIFF HANGER!!! So, if you have an issue with cliff hanger novels then I say you may want to wait on reading this book until the next novel comes out. This book is such a great read! It has characters who wish to be stronger, accepted, to be what others are, to have the power that others have. There are moments of where loyalty is questioned and there are going to be moments of where doubt is strong.
I literally laughed out loud, got angry with the characters and even cried a couple times. That should tell you something right there…this book is GOOD! Whenever I had to put it down I kept wondering what was going to happen next. The author has done such a great job with this novel. Granted I almost threw my tablet when it ended the way it does but I am more than eagerly anticipating the next novel in this series. I am rating this book 5 out of 5 stars. If you have read any of Jeff Altabef’s novels or have read the Red Death I highly recommend you pick this book up now and dive in.
Read more
Report abuse

Sue H
3.0 out of 5 stars Battle
Reviewed in the United States on 24 July 2017
Verified Purchase
The Ghost King is the second book in the Red Death series. While the book can be read as a standalone, I don't recommend that. You really need to have read Red Death first to understand what's going on in this book. Plus there is a cliffhanger ending. There is violence.

The book blurb adequately describes the storyline so I'm not going to repeat all of that info here. The author did a good job of giving readers an overview of what this story is about along with religion and belief systems. Even though the events in this book were over a short timeline, there are a lot of twists, turns, and surprises written in the storyline. I enjoyed reading this book.
Read more
One person found this helpful
Report abuse

Kindle Customer
5.0 out of 5 stars Loved it
Reviewed in the United States on 28 May 2018
Verified Purchase
Loved both books. The best i have read in awhile. Would recommend this book to anyone who likes a little manic and a good battle.
Read more
One person found this helpful
Report abuse
See all reviews
Back to top
Get to Know Us
Make Money with Us
Let Us Help You
And don't forget:
© 1996-2021, Amazon.com, Inc. or its affiliates